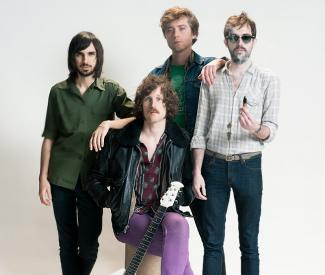 Oakland’s Warm Soda, aka one of our 2013 bands on the rise, is almost too easy to love: That lo-fi fuzz, those jangly, sugar-sweet hooks, that sudden urge to be lightly buzzed at someone’s backyard barbecue the summer before you left for college. The band’s sophomore full-length, Young Reckless Hearts, out March 11 on Castle Face, has a more of a studio sheen and a bit more guitar-based showmanship — British invasion influences, perhaps? — than its debut, but these songs retain the groundedness and no-frills power pop that we’ve come to hold so dear.

They’re on the road to SXSW at the moment, and won’t play at home again until a March 27 show at the Nightlight, but they just decided to stream the whole darn thing the week before the album drops. Here ya go: