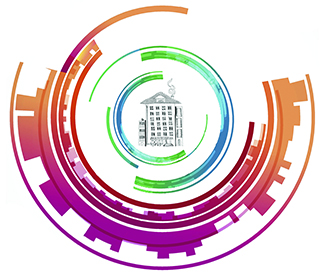 Amid the political turmoil in the city around evictions of longtime San Franciscans, tech workers and progressive political activists are beginning to come together to brainstorm ways to address displacement.

Tech workers have started to attend meetings meant to spark conversation between the two opposing groups, hosted by local restaurant Casa Sanchez. Those interviewed by hyperlocal website Mission Local described the dinners as “heavy and charged,” with blame for the housing crisis pointing to all sides.

Last week, Tech Workers Against Displacement Happy Hour was the latest opportunity for the two communities to come together and talk. But can tech workers become effective partners in the search for solutions to the affordable housing crisis? The happy hour was promising, but it exposed some of the obstacles.

The happy hour was partially organized by a politician running for office (Sup. David Campos, who is now running for the California Assembly), but was mostly the brainchild of two unlikely allies: SEIU labor representative Gus Feldman and Rolla Selbak, an employee at a multinational tech giant that she asked us not to name.

And therein lies one of the challenges: Will the well-paid tech workers be willing to rise up and challenge the corporate and capitalist interests that have overheated the local economy and fed the displacement crisis, the very forces that have allowed them to afford skyrocketing local rents?

Virgil’s Sea Room was an apt choice for the happy hour. Five months ago and just a few blocks away on 24th Street, hundreds marched in the “Our Mission No Eviction” protest, where 71-year-old Mission muralist Rene Yanez told a tale of an artistic, vibrant Mission District in danger of losing its Latino population and its character.

The night was a mostly positive exercise in bridge-building, though it started under a blanket of tension. Activists spoke of the housing crisis at a microphone to an audience of nearly 200 tech workers and activists. Sparks flew and some left early, unhappy with what they called “activist lecturing.”

At Tech Workers Against Displacement Happy Hour, just starting up. Can tech and activists come together to help SF? pic.twitter.com/nindzM1L3B

But as the empty beer cans grew in number, many tech workers came up to the microphone, and even more still mingled with the housing activists in the crowd. Riders of corporate buses figuratively (and maybe literally) clinked glasses with Erin McElroy, one of the leaders in the Heart of the City protests that have blockaded Google buses.

Yet most tech workers didn’t want to come out of the closet and identify with this nascent movement. Seeing a reporter with a notepad in hand, they shrank away. Those that did speak identified themselves in hushed tones accompanied by furtive glances. One man who identified himself as a tech worker laid down some rockin’ slam poetry at the microphone. When we told him we tweeted his performance, the tall, broad-shouldered techie flew into a panic.

“Please, please, please, you have to delete it. They can’t know I was here,” he told the Guardian, with panic in his eyes and sweat dripping down his forehead. He wasn’t alone in his worry.

One verified Google employee the Guardian initially spoke with on Twitter mingled with activists as well. “We’re not so different, we all want the same thing,” he told us. But even he was adamant that he not be identified.

One software engineer from a rideshare company, Eric Butler, did not want his company named. When asked why he came out to talk to housing activists despite his concern, he said, “The issue of displacement hits everyone.”

In recognition of that, the communities of the Mission and San Francisco that night called for tech workers to advocate for change from the inside, where they carry the most leverage and the most power. But that hasn’t happened yet, at least not publicly.

“They want to talk, but their bosses have ordered them not to,” McElroy told us. “It’s pretty intense.”

The tech workers could be the city’s strongest allies, if only they would challenge their employers and those invested in their companies. Already, a few tech workers are joining in solidarity.

Kelsey Gilmore-Innis lives in the Excelsior District and works at a tech startup. “I’m part of the system,” she told us. But she’s also a San Francisco native.

“My friends are SF native dirtbags who freestyle rap at any party, anywhere,” Gilmore-Innis, 27, said of her San Francisco roots. And like many of us, she had an eviction story to tell.

“We weren’t formally evicted, but were bought out, a precursor to the formal eviction processes. Eventually our whole block in Bernal Heights was replaced,” she said.

Her experience with eviction galvanized her. Though she has one foot in the tech camp, her other foot is firmly in the world of activism.

The Anti-Eviction Mapping Project targets serial real-estate speculators responsible for the evictions of long-term San Franciscans in the effort to make a buck, and in her off hours Gilmore-Innis works side by side with McElroy, the project’s rabble-rousing leader.

To tech workers, that may sound like an Uber employee working side by side with a cabbie. But for Gilmore-Innis, it’s a part of her San Franciscan heritage. She’s proud of one of San Francisco’s rich activist history, speaking fondly of inheriting the legacy of Harry Bridges, leader the historic 1934 General Strike in San Francisco.

It’s public knowledge for public gain, a sentiment tech workers inspired with their fight for net neutrality and internet freedom. But that’s a fight tech workers are familiar with. Eviction may not be in their realm of experience.

“I’ve been evicted and know people who were evicted. I think the grand majority [of tech workers] thinks it’s an abstract plight. It’s not real to them,” she told us.

Maybe she’s right, but not every tech worker is at a billion-dollar corporation. For some in the startup world, displacement is all too personal.

Matt Conn was one of the many new tech workers in the city who’s built a startup from the ground up. His former company, Root Music, cashed in big, raising over $20 million and morphing into BandPage. Conn is now CEO and founder of the video game company MidBoss. He and a few others created the first LGBT video game convention, “GaymerX,” which drew national attention from the gaming and mainstream press. Put simply: he’s made it.

But just a few years ago, Conn often slept on BART trains. And no, we’re not talking the occasional nap. This was life.

“I would get on really early in the morning and ride it four or five hours. You get on at Powell and you get a really good nap for $1.50. When I first came out to the West Coast, I knew I wanted to be here. I ran out of money, and it was a cost-effective way to stay in San Francisco,” he told the Guardian.

Now he’s calling out the tech industry’s practices through MidBoss’ new game “Read Only Memories,” a science fiction game featuring a journalist as protagonist who is trying to save a kidnapped friend from a shadowy tech company.

In Conn’s game, cyberpunk future San Francisco will be a frightening free-for-all grab for people’s data, even more so than now. It also features many queer characters throughout, an effort to show a future where the LGBTQ community is accepted in everyday life.

Like many San Franciscan artists before him, his game allegorically challenges the city’s future, showcasing a highly gentrified city from Chinatown to “New Candlestick” — a not too subtle jab at the city’s culture war today.

Conn has been there. He’s lived displacement. Is that why he’ll speak out against tech where others won’t? His answer was different than the one Gillmore-Innis gave us.

“It’s a culture that’s very cult-like in a way, where people don’t want to focus on the negative,” he explained. His company is now crowdfunded, but that wasn’t always the case. “At BandPage, we had multiple investors who also represented Netflix and other big names. I had to be careful in public not to knock something one of our investors had a holding in. You don’t want to be ‘that guy.'”

It all goes back to the money, he said.

“For most, like Google, their money came from billionaire and multi-millionaire venture capitalists. No one wants to be the one speaking out against them,” he said.

He may have a point. The powerful venture capitalist Ron Conway, “The Godfather of Silicon Valley,” is ever-present at Mayor Ed Lee’s side. That’s power in the tech world and the municipal one. Maybe it takes a bigger player in the tech industry to “come out,” to inspire tech workers to push for egalitarian values.

In a recent interview with the Wall Street Journal, Salesforce CEO Marc Benioff , head of one of the largest tech companies in the city, echoed sentiments made by every activist who’s ever blocked a Google bus.

“(Speculators) are using the Ellis Act during this unbelievable boom time to toss everyday residents out of their homes,” he said. “I think it’s unfair and I think it has to change. I think these buses — which if you hang out in the Mission, [they come] every five minutes — they’ve got to be massively regulated… (and) we need to get the tech community giving back more aggressively.”

As a native San Franciscan, he has reason to be invested in this place, and reason to call for change. Maybe some will listen. In fact, some of the biggest players may be starting to get the message.

Google’s $6.8 million donation to Free Muni For Youth may stall talks about permanent funding, City Hall insiders told us, but at least its heart seemed to be in the right place. Conway pledged to form working groups that may bring computer coding education into SFUSD schools, though no formal plans have been announced. Last week tech companies joined in the fight for Ellis Act eviction reform on the state level.

One of the organizers of the Tech Workers Against Displacement Happy Hour, Rolla Selbak, said she may host another one just like it, or help someone else do it. The demand is high.

Tech workers and activists expressed ardent interest in another night just like it on the group’s Facebook page. Others wrote into the San Francisco Chronicle to lambast its negative slant to the event, saying the event led to frank and honest discussions.

Though we spoke with her at some length, Selbak encapsulated the night best in a piece she wrote for the Huffington Post the day we went to press.

“By the end of the night, it was very apparent that the imaginary divide between fictional groups had melted, and we all saw each other as simply people, working together to bring change,” she wrote. “A tech worker and an activist walked into a bar… and it was awesome. You should try it, too.”