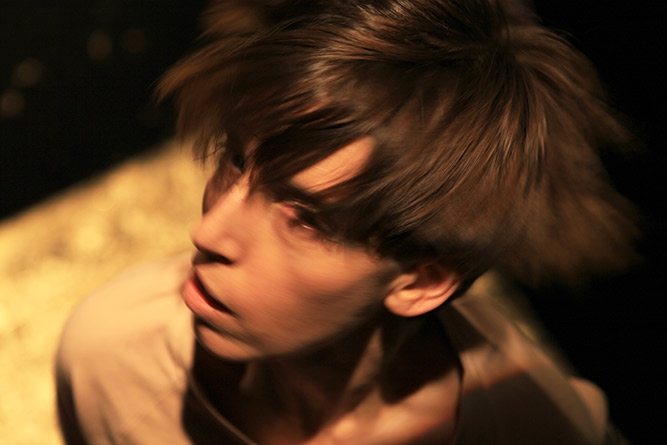 Here are two very special opportunities to see (and, in at least one case, join in on) the work of some leading European contemporary dance/performance makers passing through town this weekend…

My Own Bodies – a solo for many

Sweden-based Shake it Collaborations (SiC) is an internationally active company comprised of Tove Sahlin and Dag Andersson. A small crowd of friends and acquaintances was in attendance last Sunday, in the Tenderloin, for the couple’s highly social duet, Roses & Beans, which featured no roses (but a few flowers) and no beans (but one hell of a layer cake). Deploying exuberant as well as exasperated movement, popular song (sung a cappella and sometimes directly into each other’s mouths), and a shrewd sense of humor, the piece sparked and built upon spontaneous interactions with and among the audience — all the while exploring various frames for the conception, reception, transmission, rejection, and abeyance of love as an organizing principle.

It was a memorable encounter, and, fortunately, not the last: This Friday and Saturday at CounterPULSE, Tove Sahlin will perform her everybody-in-the-pool solo, My Own Bodies.

The piece, which premiered in Stockholm’s House of Dance in 2013, is a 40-minute shakeout in which the audience contributes to a “common shake action.” The piece explores shaking as movement, as metaphor, as empathetic medium, as emotional trigger and state, and whatever else ends up on the floor. Come ready to quake. It should be a Richter 9.

An Evening of Contemporary Dance

Meanwhile, a few blocks away on Market, you can find ACT’s Costume Shop alive this Saturday night with two more contemporary dance pieces.

From Italy, well-known choreographer and dancer Caterina Basso presents Il Volume Com’era, her solo piece, which was selected for the Venice Biennale project Prima Danza in 2013.

“The project arises primarily from the desire to be alone in the room and to work on movement, movement that is not guided by the prompting of others,” reads Basso’s statement from the Biennale premiere. “The work takes shape on the basis of a body that moves invisible objects, in a kind of action composed of displacements and short paths through the spaces. A fragmented but natural pace that is transmitted by the activity of the hands to the entire body. A fragile body because it is blocked by clearly defined limits, it seeks a place but is an obstacle to itself, its parts do not collaborate, as if each of them were engaging in passive resistance. A body that cannot find a suitable place, the comfort of feeling welcomed in a detail of time and space, the relief of a relationship. A halting movement that becomes rhythm, which searches for the way out of paths and rules, without really finding them.”

Sharing the bill with Basso are San Francisco dancer-choreographers Liz Tenuto and Monique Jenkinson, who will reprise the excellent duet they premiered at last year’s West Wave festival: the witty, sensual, vital Am I Square?