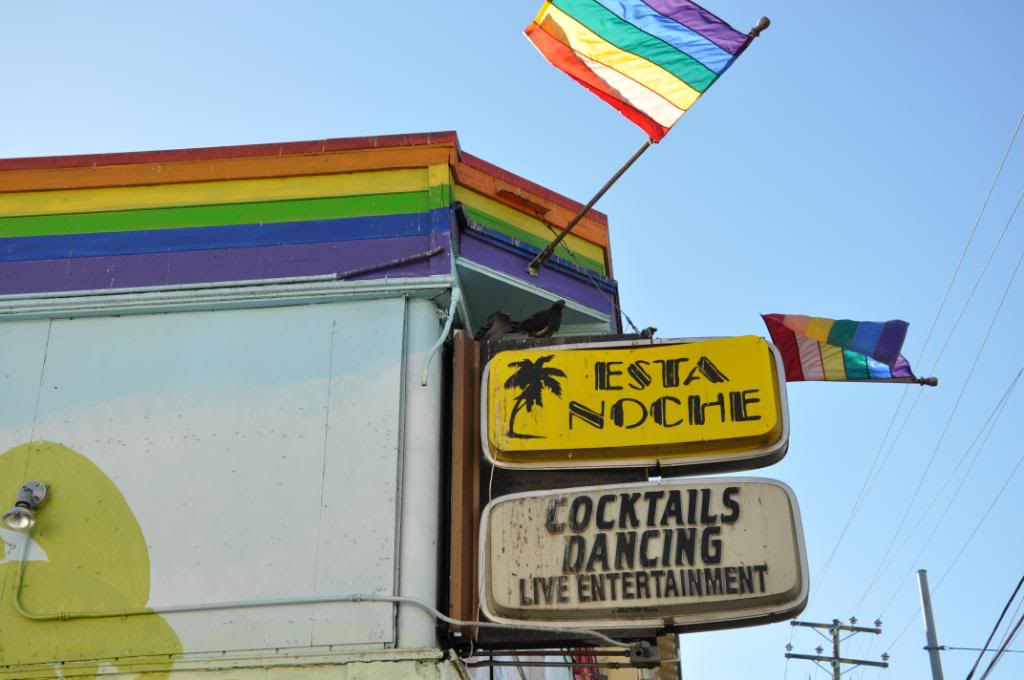 Not even a guest starring role on Looking could save beloved Latino-oriented gay dive Esta Noche, alas! According to Eater SF, the Mission favorite is being sold by its owners — reportedly willingly — to the team behind SoMa meat market Wish.

The new owners take over next week, but will keep things the same for a while, in order for everyone to have some time to say goodbye. (New Mission businesses, please take note: this is how you help avoid a PR nightmare.) Then get ready for more craft cocktails and loungey vibes, Missionites! Ugh.

I like the Wish kids, and I know that the Esta Noche tale is more complex than a simple eviction. Still, it’s heartbreaking to see a community mainstay — 40 years! — shutter, especially one that caters to a different crowd than Castro-roaming bachelorettes and tired Britney queens. Legendary comedy nights, hilarious performances, and, of course, the insane Miss Gay Primavera contest all played out on its stage. And where the hell can I hear Norteno music while cruising cute boys now?

With this coming hard on the heels of the 77 Geary building booting out its art galleries for tech companies, it has been suggested that the Guardian should start a column shaped like a tombstone, listing all the things we’re losing. But at least we’ll have craft cocktails!