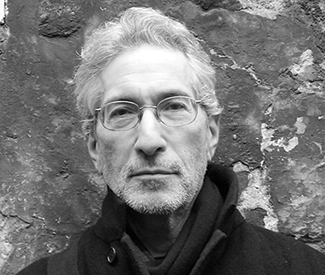 LIT True-crime fans will know the name Harold Schechter: the prolific author and Queens College professor has written books on such nefarious characters as H.H. Holmes, Albert Fish, and Ed Gein, as well as mystery novels centered around Edgar Allan Poe. His latest is The Mad Sculptor: The Maniac, The Model, and the Murder that Shook the Nation (Amazon Publishing/New Harvest, 386 pp., $24 hardcover, $9.99 eBook). It tells the disturbing story of Robert Irwin, a talented yet deeply troubled sculptor who slaughtered three people, including the mother and glamorous sister of a woman he was obsessed with, in 1937 New York City.

The killings — which took place in an upscale neighborhood that was, oddly, no stranger to violence — seized the public’s imagination, and the police investigation and Irwin’s trial were exhaustively covered by the tabloid media. Though the case has largely been forgotten today, the story still makes for undeniably compelling reading. I called up Schechter to learn more.

SF Bay Guardian How did you come across the story of Robert Irwin?

Harold Schechter For my last book — Psycho USA: Famous American Killers You Never Heard Of — I was looking at crimes that had generated a lot of publicity in their time, but had since faded from public memory. The Irwin case was one that I became fascinated with. I wrote an entry on it in that book, but the more I looked into it, the more substantial a subject it seemed.

Originally, [The Mad Sculptor] was just going to be about the Irwin case, but then I kept coming across references to these other tabloid-sensation crimes that had occurred in the same neighborhood, Beekman Place, in the span of 18 months. So that became the book.

HS I just came across this really interesting quote from a well-known book that was published in the 1930s. The person said, referring to [1922’s highly publicized] Hall-Mills murder case, “The Hall-Mills case had all the elements needing to satisfy an exacting public taste for the sensational. It was grisly, it was dramatic, it involved wealth and respectability. It had just the right amount of sex interest, and in addition, it took place close to the great metropolitan nerve center of the American press.”

When I write my books, I look for crimes that have a certain kind of story to them. It’s not just the gruesomeness of the murder, or the number of murders. Some of the most famous crimes in American history, like the Leopold and Loeb case, just involved one single murder. But it had colorful characters involved, plus that combination of money, violence, and sex. In the case of Robert Irwin, the mere fact that the tabloids could call him “The Mad Sculptor” made it immediately gripping. It conjures up all of these horror-movie elements.

SFBG Other than newspapers, what were your research sources?

HS The psychiatrist who treated [Irwin], Fredric Wertham, was another thing that attracted me to the case. I’ve been interested in him for many years, partly because of his connection to the comic-book industry. [Wertham wrote 1954’s The Seduction of the Innocent, which accused comic books of contributing to juvenile delinquency.] Also, the second true-crime book I ever wrote was Deranged, about cannibal pedophile Albert Fish, and Wertham had been his psychiatrist, too.

When Wertham died [in 1981], his wife donated all of his papers to the Library of Congress with the stipulation that they not be made available to scholars for, I think, 25 years. But just when I started to work on the Irwin book, Wertham’s papers became available. There’s a tremendous amount of material in his archives, so that was a very important source. And then, you know, the New York Public Library, and different New York archives and historical societies.

SFBG One unusual aspect of the Irwin case was that victim Veronica Gedeon had modeled for true-crime magazines, like Inside Detective.

HS I was aware of those magazines, but I didn’t quite realize how many there were. There were dozens of these lurid pulp detective magazines and true crime magazines, and they always had very sensationalistic painted covers, generally of scantily clad women being threatened in various ways. But the articles themselves were often quite well-researched and skillfully written, and they were all lavishly illustrated, including some actual crime-scene photographs, and dramatizations of them.

Ronnie Gedeon had posed in a bunch of them, always wearing a negligee or whatever, about to be strangled or shot. And of course, all of the tabloids kept pointing out that there were all of these premonitions of her murder in those photographs. Again, you can’t beat that combination of sex, violence, the trendy neighborhood, this madman who was a sculptor, an artist. It was just, as I say in my book, a kind of perfect storm of prurience.

SFBG The Mad Sculptor is both true-crime book and history lesson. It really gives a good sense of what NYC life was like at the time.

HS I see my books really as social histories. I feel very strongly that you can learn as much about a cultural moment from the particular crimes that the public is obsessed with as you can from looking at what movies are popular, or what heroes are worshipped. The Manson case tells you as much about the 1960s as the Beatles do. The Leopold and Loeb case tells you a great deal about the underlying fears and anxieties of the 1920s.

SFBG Your books always have such great titles: Fiend, Deviant, Bestial. What’s the naming process like?

HS I started with Deviant, about Ed Gein. At the time, I chose it because I’d been doing a lot of thinking about horror fiction and horror movies. The narrative structure of so much horror has to do with somebody who’s kind of following the straight and narrow path, and then just takes the wrong turn, like in [the Gein-inspired] Psycho. Horror is often about deviating from your usual path and ending up in some nightmarish world. So Deviant was chosen for that reason.

Then, for some reason, I got it into my head that it would be cool to write a trilogy of books that begin with the letter “D.” Partly maybe because there were so many creepy “D” words. So I wrote Deranged, then Depraved. At that point I kind of ran out of “D” words, but I had already established this one-word thing, so I did Fiend and Bestial and Fatal.

At that point, I was starting to get away from just writing about serial killers. So when I wrote my book The Devil’s Gentleman, I kind of abandoned the one-word title. But I have to say, I’ve always been kind of proud of my ability to come up with cool titles! Of course, The Mad Sculptor — sometimes they name themselves. *