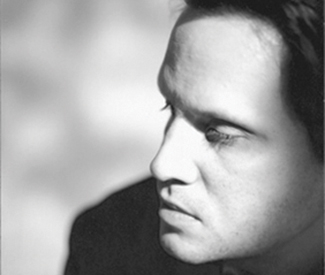 In a world populated by all too many singer-songwriters, where guitar ballads seem to have exhausted all their possibilities, Mark Kozelek continues to confound and disarm audiences. From his harmonically rich open-tunings, to his spacious, deeply resonant vocals, there’s a lush quality to Kozelek’s recorded output that’s rarely found in such unadorned, acoustically driven music. It’s no wonder, then, that his formative recordings with Red House Painters in the ’90s made room for a singer-songwriter’s approach on the 4AD label, defined by its densely-layered, heavily electronic atmospherics.

Kozelek’s subsequent recordings as Sun Kil Moon have gradually pared the layers down further. Ghosts of the Great Highway (2003) traded the dreamy, slowcore tendencies of the Red House Painters’ discography for a more physical, earthbound approach, reflected in its overarching theme of boxers throughout history. Its 14-minute opus, “Duk Koo Kim” remains Kozelek’s most full-bodied, musically vibrant work to date. April (2008) leaned more heavily on extended compositions, maintaining the luminous, shimmering quality of his previous work, despite its starker instrumentation. With the introduction of his own label, Caldo Verde Records, Kozelek — who’ll be performing at Noise Pop March 1 — was given the leeway to pursue other avenues, from full albums of AC/DC and Modest Mouse covers to a collection of live releases that continues to grow with jam band-worthy prolificacy.

The release of Admiral Fell Promises (2010) marked a significant turning point in Kozelek’s career, with a nylon-string acoustic guitar providing its sole instrumentation, while 2012’s Among the Leaves announced a jarring shift in his lyrical style, finding inspiration in an off-the-cuff, stream-of-consciousness approach, a focus on the mundane, and a tendency towards blunt honesty: most infamously, deriding his audience as a bunch of “guys in tennis shoes.” These past couple records have found Kozelek in a transitional period, grasping for something slightly beyond his reach and, as a result, they weren’t as deeply satisfying or rewarding as his best work.

With the release of this year’s Benji, however, all is forgiven. Here, the desolate instrumentation and frank lyricism of his recent output is instilled with a greater sense of purpose. It’s Kozelek’s most autobiographical work to date, as well as his saddest. Death looms over each song. Good people die in freak accidents before their time, while criminals die of old age. Despite his determination to “find some poetry to make some sense of this, and give some deeper meaning,” as stated on the record’s opening track “Carissa,” the banalities found on Among the Leaves continue to show themselves. Panera Bread is mentioned at least twice, while a trip to Berkeley’s Greek Theatre can’t be recounted without a reference to the back pain-inducing walk up that steep hill.

This thematic balance between tragedy, profundity, and the utterly mundane brings the listener into Kozelek’s thought process in the rawest, most unrefined way imaginable. His lyrical style here is jarringly straightforward, approaching character studies with blunt language, and little need for metaphor. Bruce Springsteen’s Nebraska is an obvious comparison, in its bleakly worded yet ultimately dignified portrayals of humanity at its messiest and most desperate.

“Richard Ramirez Died Today of Natural Causes” tells the story of the California serial killer dying on his own terms, while “Pray for Newtown” eulogizes shooting victims who met their ends too soon. “Dogs” explores the dark side of young love, in all its humiliation and emotional turmoil, with startling intimacy and brutal honesty. The boomer-rock of “I Love My Dad” mercifully, yet briefly, lightens the mood, while the record’s 10-minute centerpiece, “I Saw the Film the Song Remains the Same” strikes a gorgeous balance between the central themes of brooding meditations on death, and casual observations of life.

“The way this song drifts in and out of different realities and memories is a lot like the movies,” Kozelek wrote in a recent piece for the New York Times, “weaving documentary, imagination and memory throughout, always coming back to the music.”

“I loved the thunder of John Bonham’s drums,” Kozelek sings, describing his experience watching Led Zeppelin’s The Song Remains the Same at the theater as a teenager, “but even more I liked ‘No Quarter”s low Fender Rhodes hum.” In reflecting upon his preference for Zeppelin’s balladry over its rock pyrotechnics, he draws a connection to the melancholy that has defined his life from a young age. From the deaths of relatives and mere acquaintances that continue to haunt him, to his first record deal, with the similarly downcast 4AD label that helped reinforce his identity, Kozelek expands on one small anecdote to encompass the profundities of life, with a deftness of prose that his entire career has seemingly been working toward.

In spite of occasional contributions from singer-songwriter Will Oldham, former Sonic Youth drummer Steve Shelley, and Advance Base keyboardist Owen Ashworth, Kozelek’s nylon-string fingerpicking remains squarely at the heart of this record, along with the ever-increasing rasp of his voice. More than any album in Kozelek’s deep catalog, Benji lends itself intuitively to his solo live strategy, making this coming Saturday’s Noise Pop appearance at the Great American Music Hall absolutely essential to understanding the inspiration and motivation behind one of the Bay Area’s finest living songwriters.