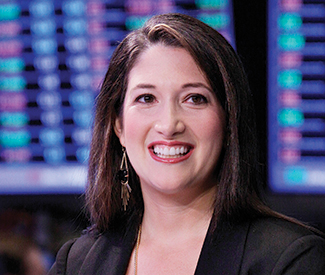 It’s rare for a member of the tech elite to sit down with the Bay Guardian for candid discussion on how the region’s burgeoning technology industry is impacting San Francisco. Despite our frequent attempts to obtain comment from Silicon Valley venture capitalist Ron Conway, for instance, the billionaire investor never seems to have a free moment to chat.

So when we received an unexpected invitation to interview Randi Zuckerberg, CEO of Zuckerberg Media and former marketing executive at Facebook (founded by tech mogul Mark Zuckerberg, her brother), we took the opportunity.

Zuckerberg is a friend of Conway’s; early on in her book, Dot Complicated (HarperOne, 2013), she relates an anecdote of how he relied upon her to secure VIP seating for MC Hammer when she was arranging a live-streamed address by President Barack Obama in Silicon Valley in 2011.

In addition to being a singer, a mom, and a supporter of the Jewish community (the night of our interview, she spoke at a “friend-raiser” for Birthright Israel, which sponsors trips to Israel for Jewish young adults), Zuckerberg’s focus is on promoting “tech-life balance” — which can pretty much be summed up as not spending so much time on Facebook.

Jim Henson Productions recently purchased rights to air an animated series based on her children’s book, Dot, about a tech-savvy little girl who discovers that life sans digital devices can be fun. Zuckerberg also aims to encourage young women to go into tech.

In the early days at Facebook, when the social media arena was extremely male-dominated, “I would show up for meetings and people would expect that Randi was a guy,” she reflected.

As important of an issue as gender imbalance in Silicon Valley may be, it nevertheless takes a back burner to San Francisco’s most pressing issue du jour: the mounting tension between its tech set and long-term residents, those facing of soaring rents and witnessing neighborhood gentrification unfold at a rapid clip.

We asked Zuckerberg what she thought about the city’s gentrification and affordability crisis. “I’m really glad the conversation is starting, because it has to,” she told us. “There definitely is a real problem in the city. There have been a few members of the tech community who have come out with not-so-desirable responses,” she continued, referencing derisive comments made by Y Combinator entrepreneur Peter Shih and AngelHack CEO Greg Gopman, “and that’s definitely not representative of how the community as a whole feels.”

Zuckerberg recently visited Glide Memorial, once of the city’s largest homeless services centers. “That really opened my eyes a lot, spending that day there,” she said. “It’s changed my own view: I should be doing more, I can be doing more.”

Asked what in particular could be done, Zuckerberg said, “I do think that there are a lot of ways that tech can help. … How could we take all of these new, seamless, web and Munchery-type food delivery services, and make sure that the excess that’s being cooked is being delivered to families in need?” she said, referencing a startup that cooks and delivers healthy cuisine. “I think the same tech that’s dividing the community groups can bring them together.”

As for the tech bus protests that made international headlines, “it’s not those people riding the buses that are the ones who are making so much money and having this wealth disparity,” she said, saying the anger was misdirected.

But Zuckerberg added that she thought people working in tech should take the responsibility to become more aware of the city’s economic divide. “I would really encourage people in tech: maybe, instead of taking that fancy trip to Napa as an off-site, go volunteer in a soup kitchen. Go do something like that — to really understand what it’s like for people who have not won the ‘uterus lottery,’ like the rest of us have.”