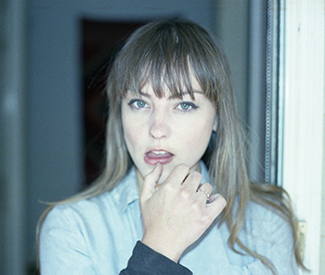 As she stares down the remainder of what’s sure to be the busiest year of her career, Angel Olsen’s new digs are helping calm any potentially frayed nerves.

“It’s so mellow here, and people just don’t give a shit,” says the indie-folk singer about her new home of Asheville, N.C. “They build campfires and go to softball games or DJ nights. It’s nice after so much traveling to go somewhere that’s not a huge city.”

For example: Chicago, where Olsen spent the previous seven years developing a devoted following for her striking vocals and emotional songwriting. Although she cherishes the city for helping her hone her craft, the move to a smaller, more rural home was long overdue. It makes sense, then, that Burn Your Fire For No Witness, her excellent second full-length, was born in the spirit of her new surroundings.

Strange Cacti, Olsen’s 2010 debut EP, was a lo-fi and spare batch of songs built entirely upon simple guitar strumming and loads of reverb. The biggest draw, however, was her voice, with its distinctive blend of influences: echoes of Roy Orbison’s pained runs and Patsy Cline’s plaintive twang, among others. She upped the ante for her first LP, 2012’s Half Way Home, enlisting the help of Emmett Kelly (The Cairo Gang), who fleshed things out with bass, drums and a cleaner production sound. By the time she was beginning work for Burn Your Fire For No Witness, the collaborative bug had fully taken hold.

“The new material I was writing was different than what I’d done previously,” she says. “It was more electric and I had a vision for a louder sound with more going on between the singing. The idea was to create an album that sounded not just like Angel Olsen, but that sounded like a band.”

In putting together a group, Olsen looked to a pair of musicians she’d worked with during her Half Way Home tour. Joshua Jaeger and Stewart Bronaugh are strong and tactful in their contributions, adding color with keyboards, pounding drums and something entirely new to Olsen’s music — distorted guitars. The new approach molded her songwriting in unexpected ways.

“Working with the band and experimenting with my voice made me interested in making music that can breathe, instead of it continually being so focused on the words,” she says. “I can see people being concerned that the sound is coming from a producer or someone else making the changes, but really I’ve just been changing myself.”

Of course, for someone used to shaping her music on her own, having extra hands in the studio took some getting used to.

“I suddenly felt a lot of pressure by having all these people now involved in what I was doing, so I wanted to be very particular about my choices,” she says.

Luckily it didn’t take long for her to build a strong relationship with producer John Congleton (St. Vincent, The Walkmen, Rogue Wave). Songs were arranged and rearranged until everyone was happy with the result.

For all the bells and whistles, however, the standout of Burn Your Fire For No Witness is still Olsen’s vocals. Whether singing a stripped-down acoustic ballad (“Enemy”), belting out pop hooks (“Hi-Five”) or pulling off haunting restraint (“White Fire”), she’s never sounded more self-assured. The rubber-band vocal flexibility allows her to shade the album’s 11 tracks in a variety of moods that still work harmoniously as a whole.

“I wanted to take what I’d learned with Strange Cacti being so lo-fi and with Half Way Home being kind of dry, with no reverb or affect, and use both those sounds and apply them to each song depending on what it called for,” she says.

Like many singer-songwriters who have transitioned to the full band format, Angel Olsen is kicking off the next stage of her career. It’s a rare treat, however, to see it handled with such surefooted poise.

“When you’re with a band, you can listen back and after the show talk about what parts you like or what parts need work,” she says. “When you’re on your own you don’t experience it that way. So the whole idea of sharing it with people has been really fun and interesting.”