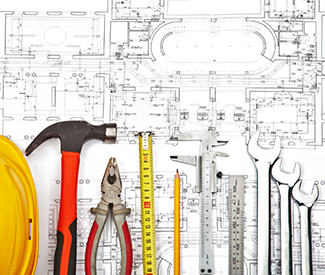 San Francisco is booming, but will its infrastructure be able to keep up with its population growth?

The problem is acutely illustrated in the southeast part of San Francisco, where long-stalled development plans were finally greenlit by the adoption of the Eastern Neighborhoods Community Plan a few years ago.

The Mission, Potrero Hill, Dogpatch, and Mission Bay districts have attracted more attention from developers than any other sector of San Francisco, according to the Planning Department. Bayview and Hunters Point are also now attracting lots of investment and building by developers.

But when development projects don’t pay the full cost of the infrastructure needed to serve those new residents — which is often the case in San Francisco and throughout California, with its Prop. 13 cap on property tax increases — then that burden gets passed on the rest of us.

Mayor Ed Lee’s recent call to build 30,000 new housing units by 2020 and the dollar sign lures of waterfront development have pressed the gas pedal on construction, while giving short shrift to corresponding questions about how the serve that growth.

Infrastructure needs — such as roads, public transit, parks, and the water and sewer systems — aren’t as sexy as other issues. But infrastructure is vital to creating a functional city.

That kind of planning (or lack thereof) impacts traffic congestion, public safety, and the overall livability of the city. And right now, the eastern neighborhoods alone face a funding gap as high as $274 million, according to city estimates highlighted by area Sup. Malia Cohen.

That’s why Cohen went looking for help, though that’s not exactly what she found.

Cohen has asked Mayor Lee about the lack of adequate investment in critical infrastructure again and again. She asked his staffers, she asked his aides. At the Feb. 11 Board of Supervisors meeting, during the mayor’s question time, she was determined to ask one more time.

Cohen asked the mayor about how to fund infrastructure needs in the eastern neighborhoods and whether the city should use a new, rarely used fundraising option called an Infrastructure Financing District, or IFD.

Cohen asked pointedly, “Would you support an IFD for the eastern neighborhoods?”

The mayor’s answer was in the foreign language known as bureaucratese, offering a firm “only if we have to.”

“Strategically planning for growth means making long-term investments in infrastructure,” he said. “And the most important thing that we can do right now is to work together to place and pass two new revenue generating bonds measures on the November 2014 ballot.”

But his proposed $500 million general obligation bond and $1 billion local vehicle license fee increase would just go to citywide transportation projects, where the city faces $6 billion in capital needs over the next 15 years, according to a task force formed by the mayor.

That’s small comfort for the people of the eastern neighborhoods, who are already ill-served by Muni and will have other needs as well. It’s a situation likely to get worse as the population there increases, unless the city finds a way to make serious new investments.

Development impact fees go to the city’s General Fund, paying for the planning work, building inspections, and a share of citywide infrastructure improvements. The problem with that strategy, opponents say, is that there are then no promises that the money will make its way back to the neighborhood that generated the funding in the first place.

Neighborhood advocates see a need to address the problems created by new development by capturing fees before they get to the General Fund. IFDs do just that. Though the nuts and bolts of how an IFD works are complex, the gist is this: Once implemented, an IFD sets up a special area in a neighborhood where a portion of developer impact fees are captured to exclusively fund infrastructure where the development is.

“So the idea that growth should pay for growth was the notion,” Tom Radulovich, executive director of the nonprofit group Livable City, told us. But with money flowing into the General Fund rather than being earmarked for specific neighborhoods, Radulovich said, “the infrastructure is going to come much later than the development. (The city) delivers projects slowly, if at all.”

IFDs are largely untested in California, and have only one recent use in San Francisco, on Rincon Hill, where a deal with developers cut by then-Sup. Chris Daly has morphed into an IFD created by his successor, Sup. Jane Kim. The neighborhood will now see new funding, and a new park, as a result of development there.

“This is a HUGE step towards getting the public infrastructure improvements needed to correct livability deficiencies in Rincon Hill,” read a newsletter from the Rincon Hill Neighborhood Association in 2011. “What does this mean for those of us living (here)? It means the Caltrans property at 333 Harrison Street has a short future as a commuter parking lot, because the front portion will become our first neighborhood park.”

The benefits are tangible, but putting an IFD into action is onerous. California Senate documents describe the hurdles involved: The county (or city) needs an infrastructure plan, it must hold public hearings, every local agency that will contribute property tax revenue must approve the plan, and the IFD needs to go to ballot and obtain two-thirds voter approval, a high mountain to climb.

Gov. Jerry Brown has called for lowering the voter threshold for IFDs to 55 percent in his newest budget. The mayor used the governor’s rationale as reason to avoid an IFD for the eastern neighborhoods when speaking on the topic last week. But that may not be his only reason.

“Even if we get the changes that we seek, it’s important to point out that IFDs don’t create more money for our city, they fund specific capital improvements by earmarking money in the General Fund for a particular purpose,” Lee said.

In other words, IFDs take money from a city that is already wrestling with underfunded citywide infrastructure needs. “Earmarking general funds isn’t something that we do lightly,” Lee told Cohen.

But Peter Cohen, co-director of the Council of Community Housing Organizations, put it this way to us: “Should the eastern neighborhoods be the cash cow for the General Fund?”

With more than 10,000 housing entitlements, the eastern neighborhoods are where San Francisco will experience its biggest growing pangs.

“The eastern neighborhoods are ground zero for development in San Francisco,” Keith Goldstein, a long time member of the Eastern Neighborhoods Citizens Advisory Committee, told a Nov. 14 Board of Supervisors Government Oversight Committee hearing on the issue.

Sups. Cohen and David Campos spent the majority of the meeting trying to find solutions, but none were forthcoming. Instead they were met with presentations on the neighborhood’s myriad needs, but few on how they would be funded.

Muni is also starved for resources in the area, where the T-line is notorious for its “switchbacks” that leave riders stranded before completing its run.

“This is a topic I’ve advocated a lot,” Sup. Scott Wiener told us. “When you have a growing population, these folks absolutely have to have service.”

At the meeting, Planning Director John Rahaim put the problem simply: “There’s a lack of development fee funding.” The officials that day from the SFMTA, Planning Department, and the Department of Public Works presented plans that relied heavily on state and federal funding to meet the new construction and infrastructure needs, a funding gap of $274 million.

“We’re really struggling to maintain the infrastructure the city has,” Brian Strong, director of capital planning, said at the meeting. “For the General Fund itself, we’re deferring $3.9 billion in capital projects the city deemed high priority. We just don’t have the funds.”

The Mayor’s Office didn’t respond to our questions about how to solve the problem, but Sup. Cohen said she’s hopeful he’ll support an IFD in her district.

“When we introduced the plan five years ago, we knew there was a gap in terms of what we expected to collect. In terms of development impact fees, we’re still in that place,” she told us. “I just want to get shit done.”

One report seems to agree with Cohen on the importance of IFDs. In 2009, a major report on development in the eastern neighborhoods was filed to then-Mayor Gavin Newsom. It recommended the city “commission a consultant study to inform the formation of an IFD,” saying it was the best tool available to fund infrastructure in the eastern districts.

The top signature on the report belonged to then-City Administrator Ed Lee. Now that he’s mayor, a mayor calling for rapid growth, can he find a way to pay for the infrastructure to serve those new residents?