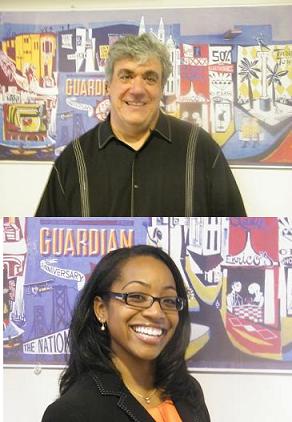 After being narrowly edged out in the race for the District 10 seat on the Board of Supervisors four years ago, Potrero Hill political activist Tony Kelly says he will launch his campaign for the seat tomorrow [Wed/18], challenging incumbent Malia Cohen.

In 2010, after former Sup. Sophie Maxwell was termed out, the D10 race was a wide open contest that had low voter turnout and the squirreliest ranked-choice voting ending that the city has seen. On election night, former BART director Lynette Sweet finished first, followed by Kelly, a third place tie between Cohen and Marlene Tran, and Potrero Hill View publisher Steve Moss in fourth.

But the strong negative campaigning between Sweet and Moss, the leading fundraisers in the race, allowed the likable but then relatively unknown Cohen to vault into the lead on the strength of second- and third-place votes, finishing a few hundred votes in front of Kelly, who came in second.

Cohen has had a relatively unremarkable tenure on the board, spearheading few significant legislative pushes and being an ideological mixed bag on key votes. But she’ll likely retain the support of African American leaders and voters in Bayview and Hunters Point, and enjoy the always significant advantage of incumbency.

Kelly hopes to turn that advantage into a disadvantage, tying Cohen to City Hall economic development policies that have caused gentrification and displacement. “Too many San Franciscans face an uphill battle, especially here in District 10,” Kelly said in a statement announcing his candidacy. “Our district is part of one of the richest cities in the richest state in the richest country in the world, and yet our neighborhoods are home to the highest unemployment rates in the City, our homeowners are at risk of foreclosure, and our tenants at risk of evictions. This is unacceptable, and we must do better.”

Kelly and his supporters plan to file his official declaration of candidacy tomorrow at 12:30pm in the Department of Election office in the basement of City Hall.