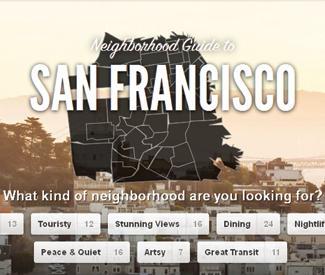 When I interviewed attorney Joseph Tobener for the story in our current issue on Airbnb being used to take affordable housing units off of the apartment market, he had a interestingly radical idea for get the attention of this scofflaw company and its political supporters, striking a blow for housing justice in the process.

What if hundreds of people, including many who are now homeless, rented out apartments in San Francisco for a night or two and then simply refused to leave?

Under tenant laws in San Francisco, renters have rights from the very beginning, and legally getting rid of someone who paid for just one night through Airbnb could require a long, difficult, and costly eviction process. Hundreds at once would overwhelm the courts and the deputies who carry out evictions for the Sheriff’s Department.

“That tenancy on day one law to me as a radical seems like a great way to address homelessness,” said Tobener, who got a call for advice from a doctor who sometimes hosts guests through Airbnb and faced that precise problem.

He isn’t the only one, as we at the Guardian learned and reported last summer, when San Francisco Rent Board spokesperson Robert Collins confirmed Tobener’s interpretation of the law and said the agency has already seen several such cases.

As I wrote in “Into Thin Air” on Aug. 6, “Tenants who rent out their apartments for a few days can even lose their rights to reclaim their homes. Collins cited multiple cases where subletters refused to leave and returning tenants had little legal recourse because ‘they would not have a just cause to evict the subtenant because, if they’ve rented the entire unit, they aren’t themselves a resident in the unit.’”

Even in cases where landlords rent out units they own, San Francisco’s 1979 rent control ordinance gives tenants rights to due process from the very beginning, making it difficult to get rid of Airbnb guests who decide to become squatters.

Sure, such a radical response to Airbnb’s impacts on the city may be breaking a few rules and hurting the credit records of those involved — but is that really any worse than the whole host of laws that Airbnb and its customers are violating in San Francisco everyday? It’s at least interesting food for thought.

UPDATE 2/11: Just to clarify, Tobener isn’t actually advocating or organizing a campaign to squat in Airbnb apartments. This idea was, as I wrote, “food for thought,” something to ponder, a little thought experiment as we try to address Airbnb’s illegal business model and the city’s affordable housing crisis.