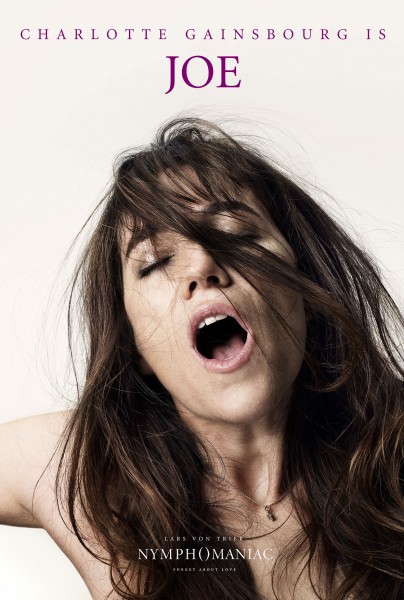 My biggest excitement of Sundance 2014 was the random email I received asking if I would be able to attend a “super-secret screening of a highly anticipated film by a major filmmaker.” (Answer: DUH.) The packed house at Park City’s defining Main Street theater, the Egyptian, had no clue what film was to be screened, though many thought it might be Wes Anderson’s The Grand Budapest Hotel.

As regular readers of my festival reports know, I am not here to spoil films. What I attempt to do is entice you to watch movies that are shaping our cinematic landscapes — and this is one you cannot miss. Avoid any and all plot overviews giving away any specific details about this two-part extravaganza exploring the taboo subject of nymphomania. Suffice to say Charlotte Gainsbourg, Stellan Skarsgård, Shia LaBeouf, and the other cast members go the distance for our generation’s most controversial auteur. For true von Trier-ites, the uncut, five-and-a-half-hour European version of Nymphomaniac (compared to the four-hour American version) is being shown at the Berlinale next month.

My favorite film at this year’s Sundance was another controversial event: Tim Sutton’s polarizing Memphis (US). I’ve never needed to watch a film three times at Sundance before, but Sutton’s unique “observational journey” (a style he first executed, wondrously, with his 2011 debut Pavilion), which explores the “real” city of Memphis, and its frustrated main character’s own trek to find his own private transcendence kept me coming back for more and more and more.

Musician Willis Earl Beal, signed to the independent UK label XL Recording, plays himself (he’s sort of a Kool Keith meets Woody Guthrie) on a search to not only find and create a mystical music, but — through sorcery — achieve the next level of existential bliss which may or may not be attainable by any means necessary. Director Sutton said at one post-film Q&A, “All you need to make a movie is a camera, Willis, and a broom.”

I cannot prepare you for the intense experience you will have when watching this visionary film. At a press screening, 20 of the 30 audience members walked out. At the final public screening I was approached by a family who couldn’t believe I had been able to watch the film more than once. My response: Memphis is an audacious, poetic puzzle, and it requires audiences to put time and energy into finding the method to its madness. Like the path traveled by the lead character in the Coen Brothers’ Inside Llewyn Davis, Beal’s journey is a long, dark, and winding one that many are rightfully terrified to take.