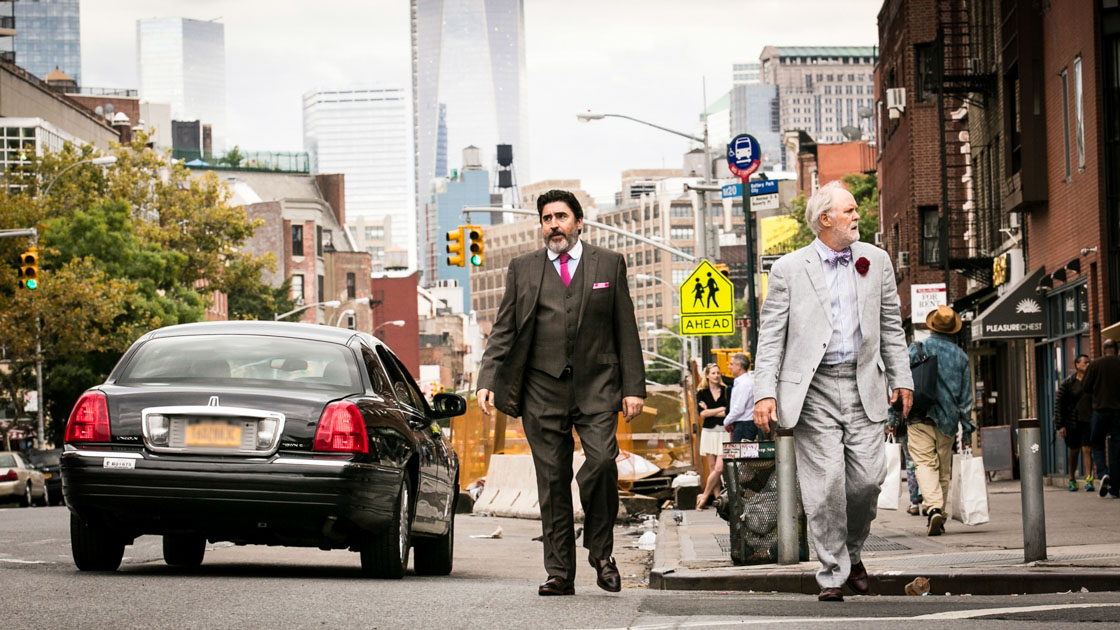 In Ira Sachs’ Love Is Strange (US), Ben (John Lithgow) and George (Alfred Molina) — together for 39 years — are finally married, and suddenly find themselves having to deal with the fallout from an ill-considered world. Both actors are pitch-perfect at portraying longtime lovers, and Marisa Tomei has an intelligent supporting role as a relative of the couple.

Sundance favorite Sachs (2012’s Keep the Lights On), who debuted with the shockingly memorable The Delta in 1996, treats the material with finesse, and the end result is genuinely earned heartache (and, likely, will yield serious crossover potential). It’s a cliche, but true: at the screening I attended, there was not a dry eye in the house.

Changing gears … the 1980s-style genre film is back, and both Jim Mickle’s Cold in July (US) and Adam Wingard’s The Guest (US) perfectly capture the necessary nuances (or lack thereof).

Cold in July‘s Mickle follows his 2013 reimagining of Jorge Michel Grau’s cannibal tale We Are What We Are (2010) by dropping Dexter‘s Michael C. Hall into a web of Texan revenge alongside ruff n’ tuff alpha males Sam Shepard and Don Johnson. Jeff Grace’s synth score punctuates one of the most enjoyable films of Sundance.

Fresh off his horror hit You’re Next (2013); Adam Wingard has concocted 99 minutes of pure John Carpenter-esque euphoria. Incorporating modern politics, crisp cinematography, and shocking violence, Wingard has made his best film to date and proves he is a force to be reckoned with. It pays homage to the bodacious beauty and cool heaven of the 1980s stalker-slasher genre — Joseph Zito’s The Prowler (1981), William Fruet‘s Killer Party (1986), etc. — and boasts yet another glorious synth score, this time by Steve Moore of the band Zombi. Also worth noting: a memorable performance by erstwhile Downton Abbey heir Dan Stevens.

From cult favorites the Zellner Brothers, Kumiko: The Treasure Hunter (US/Japan) takes the unbelievably true story of young woman who becomes obsessed with the Coen Brothers’ Fargo (1996). So obsessed, and believing that it’s based on a true story, she travels to Fargo from Japan to find the forgotten treasure from the movie. Rinko Kikuchi — Oscar-nominated for Alejandro González Iñárritu’s Babel (2006), and last seen rocking robots in Guillermo del Toro’s Pacific Rim (2013) — stars in this inspired tale of hopeless dreams. It mesmerized me from start to finish. And speaking of memorable music, Kumiko was awarded a Special Jury Prize for its score, as performed by the Octopus Project.