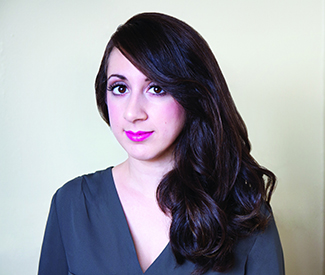 SUPER EGO Every year or so the plucky Kronos Quartet — our audacious yet user-friendly 40-year-old vanguard of the musical avant-garde — pops back on the scene to wow us. Last time I saw them, they opened for electronic pioneer Amon Tobin’s spectacular 3-D projection ISAM tour at the Greek Theatre, and if you don’t think a string quartet can garner deafening cheers at a giant rave, you need to hear Kronos. Before that, the foursome was at YBCA, bowing electrified fences and simulating multiple water wheels. This week the string quartet will be launching the fifth installment of its composers-under-30 showcase with an intense work by Bay Area native Mary Kouyoumdjian called Bombs of Beirut (Feb 6-9, 8pm, $20–$25. Z Space, 450 Florida, SF. www.zspace.org).

“I want to create a feeling of chaos and nostalgia,” Armenian American wiz Kouyoumdjian says of her piece, which attempts to reflect the day-to-day situation of life during the 1980s Lebanese Civil War, and which includes haunting ambient recordings taken from a balcony during the conflict. (Kouyoumdjian’s family lived through it.) She also wants to put a complex human face on ongoing Middle East conflicts — and hey, possibly remind us of that whole endless war thing still perpetuating. Maybe we want to try to stop that soon?

Brilliant producer Scuba swings from drowned-flute downtempo to punishing dub techno (although his often-confusing sexual politics turn some people off). The real news for me, though, at this Lights Down Low party is DJ Hell, who’s been slaying dance floors for three decades with his edgy, driving beats — and always has interesting hair.

Detroit’s phenomenal Michael Buchanan, a.k.a. House Shoes, heads up a big tribute to J. Dilla — the quintessential hypnotic-soulful beats producer whose influence can be heard in pretty much every dope hip-hop track to drop in the past decade. (Dilla died in 2006 at 32.) Also on tap: Shortkut, Mr. E and Haylow, Fran Boogie.

I love the off-kilter sense of humor this Pachanga Boy from Mexico gives off — he’ll take us on a trip to the outer reaches with a wink and smile. With catchy NYC duo Blondes and cute “screw house” dude Axel Borman at the As You Like It party.

An amazing-sounding new monthly from Oakland heroes Candi and DJ Cecil featuring music and rhythms of the Latin and African diasporas, kicking off with live drumming from the awesome Sistahs of the Drum, Cuban salsa lessons, and one of my absolute favorite deep house DJs Carlos Mena.

Hometown lowdown hero Ana Sia returns to shake the walls, in her initimable minimal-meets-hardcore style, with the Angels of Bass crew Jess, Tamo, Viajay, and LMCG.

The indie god Bloc Party frontman has been heavily invested in electronic sounds for ages. Now you can hear his selections on deck at the Isis party, one of the true success stories of the past year in terms of wicked good times and a too-cute crowd.