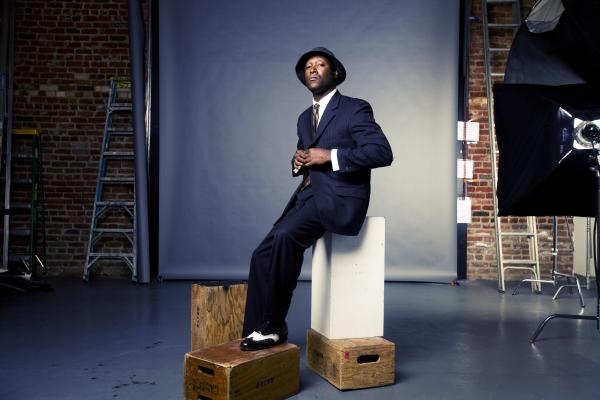 The Bay Area music-related Internets was ablaze this week with the rumor that whiskey-fueled nights at the Mission’s belovedly divey Elbo Room may be numbered, thanks to everyone’s favorite new word to pronounce like it’s an epithet: Condos. The Elbo Room’s current owners and management say they’re just that — rumors — and until we hear more, we refuse to panic. A factual statement, however: If you don’t want your local music venues and endearingly gross watering holes to go the way of the dinosaurs (first victims of the Ellis Act, obviously), you should probably get out and see some live music. Now. Some options:

Action Bronson
Action Bronson lives life large. Imposing both physically and lyrically, the Queens native and former gourmet chef draws upon his joys in life — food, drugs, and women — to construct poetically intricate and technically impressive rhymes. His mix tapes are full of love songs, both highly eloquent and frequently offensive, written about the grit or urban life and the beauty of a great meal. Lines about “pissing through your fishnets” are sprinkled among odes to “bone marrow roasted/ spread it on the rosemary bread/ lightly toasted,” all delivered with Bronson’s sure, sharp-tongued talent. At his live shows, Bronson is extremely interactive with his (extremely devoted) fans, passing back and forth joints, liquor, and jokes from the stage to the audience. With the brand new addition of Odd Future thrash punks Trash Talk to the lineup, this show is sure to be insane. (Haley Zaremba)
With Trash Talk
8pm, $25
Slim’s
333 11th Ave, SF
www.slimspresents.com
https://www.youtube.com/watch?v=yfP7qK0khuQ

Marcus Shelby
It’s tough to think of a harder working man in the Bay Area’s jazz scene than Marcus Shelby. The upright bassist and 15-piece band-leader is a force to be reckoned with in his own right; the people he surrounds himself with take live shows to the next level. At this special Black History Month performance, the band will be joined by Martin Luther, Kev Choice, Tiffany Austin, Valerie Trout, and Howard Wiley, with legendary, Mississipi-born jazz and blues vocalist Faye Carol in a featured role. The orchestra will draw from past compositions, including “Harriet Tubman,” “Soul of the Movement: Meditations on Dr. Martin Luther King Jr.,” and “Port Chicago,” as well as performing some of a new musical work called “Walls,” which celebrates the 50th anniversary of the Civil Rights Law.
8pm, $20
Yoshi’s SF
1330 Fillmore, SF
www.yoshis.com
https://www.youtube.com/watch?v=UrSBoArCUJ0

Oneohtrix Point Never
Picking up on the ’90s-era abstract, contemplative side of Warp Records, recent signee Oneohtrix Point Never’s R Plus Seven is thoroughly brain busting. The elements are disparate: vocals that begin without reference and depart without finishing, gamelan reminiscent rhythms seemingly performed on the Cosmic Key, and an ever-present effect best described as the stuttering sound of audio on an overburdened CPU. Partly playful, with New Age and stereotypically “world” music samples ripped off of Pirate Bay (where, to be fair, R Plus Seven gets the “plunderphonics” genre tag), the album still manages to sound wholly reverent. To what? Let me get back to you on that. (Ryan Prendiville)
With Holly Herndon (Live A/V), Marco de la Vega, DJ Will, Chad Salty
10pm-3am, $17.50-20
1015 Folsom
1015 Folsom St., SF
www.1015.com

Lucius
Do you ever enjoy feeling like your life is the end credits of a coming-of-age movie, wherein you loved and lost and learned and are now careening down the highway, wind in your hair, on to new adventures? No? Well then don’t go see Lucius, because that’s how this refreshingly earnest, uber professional indie-pop five-piece from Brooklyn makes us feel. Considering how big Lorde got last year, it’s almost confusing that lead vocalists Jess Wolfe and Holly Laessig, with their clear, sweet harmonies and Berklee-bred sensibility aren’t huge yet, but you get the feeling that they’re more concerned with having fun on stage than “blowing up.” Still: Catch ’em before it costs an arm and a leg.
With You Won’t
8:30pm, $16
Independent
628 Divisadero, SF
www.theindependentsf.com

He’s perhaps still best known as a veteran of SF’s hardcore scene (fronting Caged Animal, among others), so Tony Molina surprised a few people with last October’s Six Tracks EP. Solo, he’s still loud, electric, full of restless energy — but there are also nods here to ’80s hair bands, with a sweet, angsty, hook-heavy frame that riffs off the poppiest Guided By Voices and Dinosaur Jr. songs. It’s no surprise, then, that Molina told Spin: “To me, hardcore is about being in a band, and pop’s more about writing and recording. I’m always going to want to try playing in a new hardcore band. But I also love the idea of trying to make something that gives you the feeling you get when you hear a Teenage Fanclub record.” Mission accomplished.
With Life Stinks, Violent Change, and Swiftumz
9pm, $5
Hemlock Tavern
1131 Polk, SF
www.hemlocktavern.com