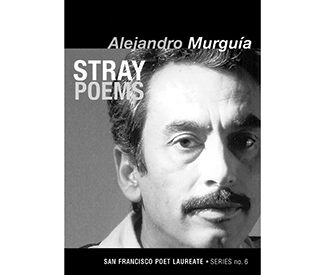 LIT When Alejandro Murguía was named San Francisco’s sixth Poet Laureate in July 2012, he brought a fresh momentum to poesía en español, a movement with historical traction in the city. Murguía, the first Latino appointed to the two-year seat, is a noted bilingual poet whose sharp takes on the city by night, dark notes on tumultuous love, and verses raging against poverty have helped his work rise to prominence. The last lines of his 16th & Valencia: “And we were going to stay angry/And we were not leaving/Not ever leaving/El corazón del corazón de La Mission/El Camino Real ends here.”

Murguía’s post as San Francisco laureate builds on a recent trend, along with Juan Felipe Herrera — California’s current poet laureate — and José Montoya, who was Sacramento’s poet laureate at the time of his death last year. And if we sprinkle in Obama’s second inaugural poet, Richard Blanco, we could say that the national establishment is also paying attention.

Lately, Latino poetry written in both English and Spanish (or “Spanglish”) is blossoming with a vigor not seen since the 1994 passage of Proposition 187 — when many poetas surfaced to protest the vindictive initiative to prohibit undocumented persons from using social services. In this great moment for poesía en español, many fresh voices are rising up and challenging the norms of two intertwined languages.

“There are thoughts in Spanish, and maybe the next one is in English. My poetry is the rhythm of the speech; it is born while I walk, giving me a poetic sense,” says Silvia Parra, also known as Mama Coatl, who strolls the streets of the Mission with her poems and Mayan-Quiché spiritual teachings. Descended from Sonora, Mexico’s Yaqui people, Mama Coatl is also a performance-art activist, and a strong advocate of preventing violence against women; she co-presents Guardianas de la Vida, an annual performance and healing event in honor of San Francisco’s observation of the International Day for the Elimination of Violence Against Women and Girls.

“Poetas have always existed in San Francisco,” says Salvadorean poet Jorge Argueta. “Many of us have come from Latin America. Bilingual readings are organized all over the city where poets express themselves in the way they want.”

In 1980, Argueta fled El Salvador’s brutal military regime for San Francisco, where he began mingling with the Mission District’s Chicano poets. He went on to publish his first chapbook, Del Ocaso a la Alborada (From Sundown to Dawn). Several books later, 2001’s award-winning memoir Una Película En Mi Almohada (A Movie in My Pillow) made him one of the top children’s book authors in North America.

According to renowned California poet Francisco X. Alarcón, author of 13 bilingual books, the growing interest in bilingual poetry has turned the genre into “a boom reflecting the linguistic and demographic of the times. Poetry is the only literary genre Latinos continue to write in Spanish. It has to do with life experience and emotions.”

Latino poets reflect their own reality in the language of their intimacy, he says. “Besides, English and Spanish are cousins, sharing the same Roman alphabet.”

But poesía en español is hardly a new phenomenon in San Francisco. By 1959, the beatniks were already looking to the south when Chilean poet Gonzalo Rojas visited City Lights Bookstore to invite several of them to the First Encounter of Writers of the Americas at the Universidad de Concepción. In 1966, Pablo Neruda’s UC Berkeley reading packed the house, with prominent poets and writers (including Lawrence Ferlinghetti, Mario Vargas Llosa, Allen Ginsberg, and Fernando Alegría) in attendance. That night, many ended up at Alegría’s home, and it was a meeting of two different languages with one common denominator: poetry. It was also a historic gathering “of profoundly different movements, the counterculture of the Beats a contrast to the aspirations of Western acclaim of the Latin Americans,” writes author Deborah Cohn, who details the many points of intersection between Latinos and Beat poets since the 1950s in her 2012 book The Latin American Literary Boom and US Nationalism During the Cold War.

And what about those purists alarmed by the Spanglish? “It is ridiculous! Both languages are enriching themselves from each other,” insists Alarcón. Adds Argueta, “Sometimes newcomers are bothered; they see it as an insult. You can call it bilingualism or Chicanismo, but for me it doesn’t denigrate the language — it embellishes the language.”

Late Sacramento laureate Montoya, one of California’s most celebrated poets, mixed English and Spanish with ease. In 1969, he wrote El Louie; along with Corky Gonzales’ 1967 I’m Joaquin, it became one of Chicano poetry’s most famous works. Maximizing the natural rhythms of the languages, words intertwine in a ravishing dance. The poet crosses back and forth between English and his mother tongue, emerging with the language of California.

Which brings us to San Francisco, 2014: el poeta de las corbatas brillantes, the poet of the glittering ties, and the first Latino appointed as the city’s Poet Laureate, Alejandro Murguía. As part of its San Francisco Poet Laureate series, City Lights has just published Stray Poems, a collection of bilingual poems written on napkins, matchboxes, parking tickets and wrinkled pieces of paper over the past 12 years. He’ll celebrate its release at a reading next week, appropriately enough at the very bookstore where Rojas first met the Beats. *