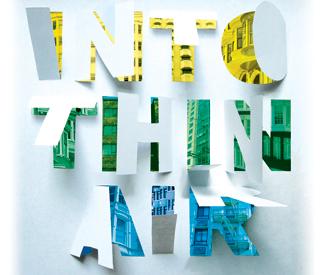 Airbnb and other so-called “shared housing” sites allow hundreds of rent-controlled apartments in San Francisco to be essentially removed from the housing market, part of a concern that has caught populist fire recently with protesters and politicians pledging to do something about evictions and displacement.

Yet I’ve been one of the few local journalists to hound Airbnb over its illegal business model and refusal to pay nearly $2 million per year in transient occupancy taxes that it owes the city. But that may be beginning to change, as pair of mainstream local publications in the last week have cautiously waded into what outside journalists from Time magazine (which specifically mentioned my reporting on the issue) to German public television have already seen as a big and important issue.

The San Francisco Chronicle today has a story about a lawsuit from a tenant subjected to an owner-move-in eviction, with said owners then turning around to rent units in the building out through Airbnb. And San Francisco Magazine also mentioned Airbnb in its controversial article criticizing concerns over evictions.

“Isn’t it far more likely that more units are being lost [from the rental market] through Airbnb?” the magazine quoted a UC Berkeley professor as saying, comparing Airbnb to Ellis Act evictions. Hey, SF Mag, don’t you think that’s a good question that might be worth exploring?

Janan New, executive director of the San Francisco Apartment Association, told me this week that she found 1,100 rent-controlled San Francisco apartments listed on Airbnb — almost all of it in violation of local tenant and zoning laws — a fact that she personally conveyed to Mayor Ed Lee, who supports Airbnb, shares a funding source with the company (venture capitalist Ron Conway), and has been dismissive of the issue.

“They need to enforce the law like they do in New York City,” New told us, referring to a city that has cracked down on Airbnb’s subversion of its rent control laws. She’s lobbied City Hall, documented the problem, and threatened to sue the city: “I’ve done everything I can possibly think of.”

Meanwhile, Board of Supervisors President David Chiu has been negotiating with Airbnb for almost a year on legislation that would attempt to legalize and regulate its activities here in San Francisco, telling us “it has been difficult to corral the different stakeholders to get on the same page” and no longer offering any predictions when it might be complete.

I was already working on a story about Airbnb (which still won’t respond to my inquiries) for our next issue [UPDATE: It looks like I’ll hold that story for our Feb. 5 issue], so I’ll have more to say about this then. And in the meantime, here’s my latest message to the Mayor’s Office of Communications trying to get some kind of response to this issue, which it has ignored for the last 24 hours:

“I’m about to write about the rampant illegal behavior by Airbnb customers again, which seems increasingly relevant to the “affordability agenda” that Mayor Lee is touting, so I wanted to check in to see whether the mayor is still offering his unqualified support to this company, despite its violations of local housing, zoning, and planning laws and refusal to collect and pay the transient occupancy tax.

“Janan New with the SF Apartment Association says she’s raised this directly with Mayor Lee, including informing him recently that more than 1,100 rent-controlled apartments in San Francisco are listed on Airbnb, all in violation of local law, and she’s frustrated that he’s unwilling to enforce the law, as New York City has been doing. Meanwhile, the Airbnb legislation that David Chiu has been working on for the last year is hopelessly stalled, at least partly because Airbnb has the mayor’s support and is unwilling to compromise while it’s making some much profits off of its illegal behavior in San Francisco.

“A recent San Francisco Magazine article (http://www.modernluxury.com/san-francisco/story/the-eviction-crisis-wasnt) even quotes a UC Berkeley professor saying that Airbnb is likely taking more rent-controlled units off the market than the Ellis Act. Considering the mayor is pursuing Ellis Act reform, why does he continue to ignore the impact that Airbnb is having on the city?”