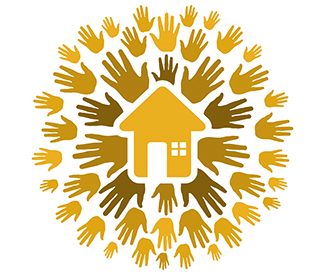 Benito Santiago, 63, was born and raised in San Francisco. But now that he’s received an eviction notice from the apartment he’s lived in since 1977, he isn’t sure what the future holds.

“This is roots for me,” Santiago told us. “I have more affinity for San Francisco than the Philippines,” his family’s place of origin.

He works part-time with disabled youth enrolled in San Francisco public schools. “The idea that I built a rapport with these students here … to be put in a position where I wouldn’t be able to work with them, I’m a little saddened and depressed by it,” he said. “If I’m homeless, I can’t be taking care of these kids. I mean — it’s a worst-case scenario.”

He’s been exploring alternative housing options, and trying to stay positive. He says he’s even trying to “change the rate of vibration” of the real estate speculators seeking to oust him as part of his pre-dawn meditation and ritualistic movement practice, a routine he developed to mitigate the chronic pain he dealt with after being hit by an automobile when he was crossing the street in 1980.

“Hopefully, they can have some compassion,” he said.

Santiago is hoping to get a temporary extension to stave off his eviction, and he’s been looking into publicly subsidized below-market rate apartments. But rent for even the most affordable of those places would eat up 75 percent of his monthly income, he said. Unless he can find an affordable arrangement somewhere, he might end up having to leave the city.

Santiago has been a part of a growing movement underway in San Francisco to reform the Ellis Act and introduce meaningful legislation at the local level to protect the city’s renters.

In recent weeks, the San Francisco Anti Displacement Coalition, made up of a wide range of organizations including the San Francisco Tenants Union, has hosted a series of neighborhood tenant conventions to solicit ideas that will be boiled down at a citywide tenants’ gathering scheduled for Feb. 8. At that meeting, organizers plan to hash out a strategy and possibly solicit ideas for a ballot initiative.

The tenant conventions are happening on a parallel track with efforts to reform the Ellis Act, which allows landlords to remove apartments from the rental market and evict tenants.

“Our goal is to ban the use of the Ellis Act in certain circumstances,” explained Dean Preston of Tenants Together, a nonprofit focused on strengthening the rights of renters.

“More than half of Ellis Acts are performed by people who bought the properties within the past six months,” he told us. “Their whole purpose is to buy it and kick everyone out. It was supposed to be for long-term landlords to get out of the business” of being landlords, he added. Instead, “it’s being completely abused.”

Sen. Mark Leno is working with Mayor Ed Lee on a response that would seek to lessen the impact the Ellis Act has had in San Francisco. Meanwhile, Assemblymember Tom Ammiano is spearheading a separate effort.

“At this time, he’s not really ready to say which avenue he’s taking” in terms of a legislative strategy, said Carlos Alcalá, Ammiano’s communications director. “Because that can rule out that avenue.”

Preston said he’s been through waves of evictions before, but the organizing now taking place has been especially effective at drawing attention to the issue. Oftentimes, “the speculators are not from within the city or even within the state,” he pointed out. “That has fueled a lot of activism and courage.”

For Santiago, the organizing has given him heart during a difficult time. “I’m hearing a lot of sad stories,” he said, “and I am not alone.”