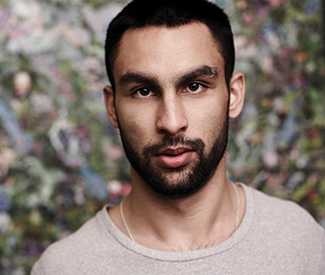 SUPER EGO Can we give it up for at least six months of no new hyped-up microgenre of dance music hitting us over the heads? I feel adrift in a vortex of diverse styles, vibing to deep individuality. I mean, I adore — and, in the increasingly globalized scene, fear for — the future of killer regional sounds, from Chicago footwork and Berlin post-minimal to UK bass and Ibiza tech house. Let’s hope scenes and schools still gather around and amplify organic sounds on local streets and in local bedrooms. It certainly makes dance music easier to write about. But there seems to be a sigh of relief emanating from the turntables lately, a sense of anything good goes. Enjoy it before the next possibly questionable trend takes hold!

“A lush, immersive atmosphere, with blissful beats” welling up from the more pyschedelic, melodic sides of darkwave, goth, and chillwave — in a tiki bar, no less. DJs Fact.50 and Bildo drop tunes from Visage to Washed Out, while you dive into your flaming volcano.

Wow, four years of the city’s most artfully forward drag and all-night Friday dancing. You can just bet some queens gonna jump out of cake. Or be one! Glamamore, VivvyAnne ForeverMore, and DJ Down-E welcome guest DJ Stanley Frank Sensation, a huge cast of gender clowns, and you.

The prolific German, one half of the gonzo Wighnomy Brothers, has been on the scene since the breakdance days, but found his voice, gorgeously, during the heady minimal techno era. He’ll layer on some outright, glowing soulfulness at the As You Like It party, with andhim and Session Victim.

The last time this slick yet intelligent DC-Berlin tech house duo appeared here, they put on a bonkers show that had people talking for weeks. This more intimate appearance is sure to show off their lush, sensuous side, while still slaying the dance floor. At the Lights Down Low party.

So glad the era of gay novelty rap seems to be over. No one could top the classic Cazwell, anyway, who takes on contemporary gay life with some actually funny double-entendres (and no lack of actual sex appeal). Hop on his ice cream truck as the Big Top party returns to the Castro.

Three years ago, I hung out with this Britcat while he lit up Berlin’s Panorama Bar crowd with a sharp, driving take on typically warmer house sounds. It’s all in the way he plays ’em. With Super Flu and the Modular party crew.