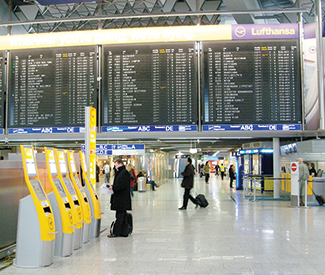 FILM Chip Lord first came to public attention as a founding member of art collective Ant Farm (1968-78), which allowed him to explore his interest in alternative architecture via projects like the Cadillac Ranch installation in Amarillo, Texas. He later segued into teaching (at UC Santa Cruz) and video art, with works that include a long-running series examining city spaces. A San Francisco resident, he’ll be at the Exploratorium this week screening a trio of urban-themed works.

SF Bay Guardian Before we get into your Exploratorium screening, I wanted to ask about 2010’s Abscam (Framed), a re-creation of the 1981 FBI surveillance operation that exposed a government bribery scandal. Have you seen American Hustle, which dramatizes the same events?

Chip Lord I did! I enjoyed it. Obviously, it takes liberties with the truth of the Abscam events — but it was done in a very clever way.

SFBG Do you think it got the hotel-room surveillance scene right?

CL No, because when I did my re-enactment I went to the actual room where one of the FBI operations took place, at the Travelodge at [New York’s] Kennedy Airport. What was rather ironic was that the art on the wall was the US Capitol building — I think it had to have been added after the fact by an ironic hotel decorator.

SFBG As a nod to the Congressman who was busted there?

CL Yeah. [Laughs.] But I will say, in terms of the way [American Hustle depicted] the appearance of the video surveillance — that scene was very accurate.

SFBG You have three films screening at the Exploratorium, one of which, Venice Underwater, is making its local debut. You’ve been making city-centric films for over 20 years. What drew you to Venice, Italy, as your latest subject?

CL I had a residency in Venice at the Emily Harvey Foundation in 2008. I’d never been there before, and I was attracted to it as a city where there are no cars — and, of course, knowing that it’s a prime tourist destination. At the time, I didn’t have a high definition camera. I shot a lot of footage in standard definition video, and then I realized that I had to go back and reshoot some of it in HD.

It’s largely an observed film. It has some voice-over, but it’s very minimal. I wanted it to be in the style of Frederick Wiseman, which gives the viewer more responsibility in arriving at its meaning. Not being specifically guided as much.

SFBG When the voice-over happens, it’s like the viewer becomes a tourist for a few minutes. But most of the time, the viewer is observing the tourists. And there are so many of them!

CL The title refers metaphorically to the flood of tourists, which has gone up every year over the past 10 or 15 years. Meanwhile, the residential population is diminishing. Most of the people who work in the tourist industry don’t live in the city; they’re commuting in every day. And the city has been cooperative in allowing more and more buildings to be converted into hotels. It reaches a point at which you wonder: Is it becoming a Disneyland version of itself?

SFBG Did the sheer number of tourists allow you to blend in and film discreetly?

CL That was an advantage, especially on the Rialto Bridge, where everybody has a camera. You can be filming a subject, and they’re not aware of it because it’s just another camera. There’s one sequence with a Japanese couple, and I was kind of stalking them for awhile — intentionally trying to construct a sequence where you would see them wandering and taking pictures and interacting. I think that was a more substantive portrait of the tourist experience in a way.

They did become aware, but they didn’t say anything; a couple of shots, I couldn’t use because the young woman was looking at the camera and sort of giving me a dirty look. At that point, I stopped [filming them].

This type of shooting is a form of people-watching. If you introduce a camera into that equation, it’s very challenging. You want to get close to people, but without changing their normative behavior, and you don’t want to be invading somebody’s privacy. It’s a kind of complicated ethical situation.

SFBG Another film in the program is Une Ville de l’Avenir (2011), which uses clips from Jean-Luc Godard’s Alphaville (1965). This recontextualizing technique is one you’ve used previously. What do you think it helps achieve?

CL What’s wonderful about Godard’s film is that it’s set in the future and has a very archetypical sci-fi plot, with a Big Brother character. But he shot it in present-day Paris, which was a brilliant idea. He found very good locations. I love that film, but I thought, “Now we’re in the future that was imagined in that film, in a way. It would be interesting to go back and re-imagine some of the locations.” That’s the basic idea. I also book ended it as an airplane movie. So what you’re seeing of Alphaville, you’re seeing on an airplane.

I’m more interested in defining these kinds of public spaces than sticking to the narrative plot of his original film, although I did use music from Alphaville as well — such an evocative score.

SFBG Air travel is a recurring theme in your films, including the final Exploratorium film, In Transit (2011). Have you encountered any post-9/11 artistic challenges?

CL I’ve been told to stop filming many times. [Laughs.] I happened to make the unfortunate choice of spending some time at Kennedy Airport right after the “shoe bomber” had been apprehended. At that point, anybody who took out a camera in an airport was kind of suspect.

But from a larger perspective, air travel is an activity that has become so boring and routine — but it’s still kind of miraculous. I always try to get a window seat, because it can be just amazing to look out the window for an extended period of time. For In Transit, I wanted to capture both of those elements. *