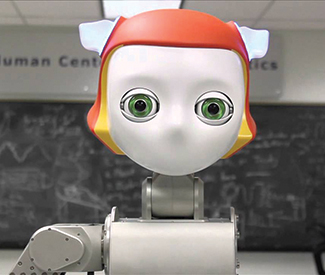 CAREERS AND ED Robotics, a field that largely exists in the realm of research and development, is poised to grow leaps and bounds right here in the Bay Area now that Google has decided to dump mountains of cash into it.

So far, the search giant with the “don’t be evil” slogan has acquired eight robotics firms, and is pursuing a robotics initiative that nobody seems willing to describe in detail when speaking on record to the press.

Its December acquisition of Boston Dynamics, a leading robotics firm famous for developing robots like Cheetah — which can move at 29 miles per hour on a treadmill — has generated rampant speculation about the Silicon Valley giant’s ultimate intentions.

Since Boston Robotics receives funding from military sources, including the Defense Advanced Research Projects Agency (DARPA), the high-profile purchase has raised a few eyebrows to be sure — like, they keep all of our email data forever and they just went out and bought some military-funded robots?

“None of these companies have products — they have prototypes,” points out Berkeley robotics professor Dr. Homayoon Kazerooni, who founded Ekso Bionics, a company that aids paraplegics in overcoming mobility limitations with robotic aids.

“Not all scientists or engineers are fully considering commercial applications yet. I don’t know why Google’s buying that stuff, except to push those applications.” From there, the question becomes “what can you do with that, to create jobs that are helpful to people?”

Kazerooni says the research being generated by robot scientists and engineers could yield many possibilities, whether in the form of new robots or something else. While he specializes in robotic machines for paraplegics, he says robots can sometimes be helpful replacements for humans in dangerous situations, like when a repair is needed at a nuclear power plant.

Several of the other firms purchased by Google are based in San Francisco. A recent, um, Google search revealed that while the companies’ website URLs remained intact, their pages had mostly been scrubbed of any information, save a single line of text announcing the acquisitions and that they were joining “the robotics revolution.”

So much for transparency from a company that knows all your secrets.

But thanks to a handy tool created by the San Francisco-based Internet Archive, called the Wayback Machine, we at the Bay Guardian were able to unearth a few nuggets to shed some light on what the hell Google just bought.

Meka Robotics, founded in 2007 by roboticists from the Massachusetts Institute of Technology, is one of the Google robotics acquisitions that lists a San Francisco address. A Wayback search revealed that it has developed something called “the Meka S2 Humanoid Head,” which is a “robotic active vision head” featuring high resolution cameras in each eye. “Designed for a wide range of expressive postures, it is the ideal platform for researchers interested in human-robot interaction and social robotics,” according to a description that no longer exists on Meka’s current website.

Another local firm Google gobbled up is Industrial Perception, a Palo Alto company that the Wayback search revealed is “a leader in 3D vision-guided robot technology” that “enables industrial robots to assume challenging logistical tasks,” mainly related to shipping.

Julia Gottlieb is the executive producer at Bot & Dolly, a San Francisco outfit that operates dinosaur-sized robotic arms equipped with high-end cameras that capture footage while the machines glide through space. “You may have heard the news that we were recently acquired by Google,” she wrote in response to a Bay Guardian inquiry. “Unfortunately, this means I am not able to speak to or make any decisions about press or PR related matters.”