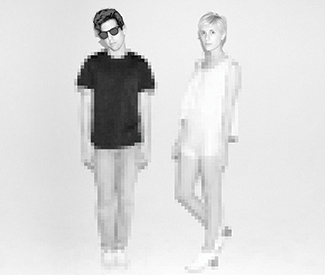 TOFU AND WHISKEY The Rickshaw Stop has a pretty basic modus operandi: Shows should be fun and bands should be treated well. Hey, it’s a method that’s worked so far. San Francisco’s eclectic, two-story, rock-pop-dance venue on the edge of Hayes Valley opened in January 2004 — exactly 10 years back. The popular independent and locally owned venue has since hosted a slew of then-rising major acts across genres and weekly packed shows for all ages (depending on the night in question).

MIA played the 400-person Rickshaw Stop many years back and climbed right up on the piano while performing. Once, Jens Lenkmen walked through an awestruck crowd and kept singing on his way to a couch, taking a load off mid-show. During a raucous, out-of-control Monotonix gig, a fan in a wheelchair crowd surfed through the Israeli punk trio’s San Francisco set. South Africa’s Die Antwoord brought clamoring crowds, as has DJ Funk at Blow Up, Jonathan Richman, Toro y Moi, Glass Candy, Jessie Ware, Grimes, Vampire Weekend, tUnE-yArDs, Sharon Jones, and Mayer Hawthorne. There was once an iTunes showcase that featured back-to-back sets, weirdly enough, by Jolie Holland, Sammy Hagar, and E-40.

And to think, during all those shows, at least one guy was likely trying to finagle his way into one of the actual rickshaws scattered around the venue. (The comedian Robin Williams once did it too, if you’re curious about random star power).

So in celebration of those 10 years of fun and mayhem, the Rickshaw Stop (155 Fell, SF; www.rickshawstop.com) is throwing a near week-long mini fest, inviting back old favorites including gifted rocker Mikal Cronin with fellow locals Cool Ghouls and Cocktails (Wed/8, 8pm, $17); dramatic, synth-popped Geographer (Thu/9, sold out); experimental pop duo YACHT (Fri/10, 9pm, $20); and queer dance party Cockblock (Sat/11, 10pm, $10). There’s also Leslie and the Lys with Double Duchess and DJ Kidd Sysko (Sun/12, 8pm, $16), which should be an extra-fun dance pop evening. (There was a show Jan. 7 as well, kicking off the fest, with the Spits, Violent Change, and Crez DeeDee.)

The venue is offering a weeklong pass for the event at $65, for those who know they’ll be showing up nightly. And it’ll be giving away free limited edition posters for all the individual shows during the fest.

“The idea behind the headliners was [that] we wanted bands that had all played the club before, that we loved both musically and as people, and that had gone on to play larger venues. For openers, I wanted to do what we always try to do — pick great, fun local bands that will fit nicely with the headliners,” says Strachota.

Strachota has been involved with the venue since day one, in one form or another — DJing the opening night celebration, then throwing a regular party dubbed Three Kinds of Stupid. He began booking some six months into the venue’s run. The western Massachusetts native moved to San Francisco in 1990 and worked previously as the music editor at SF Weekly and as a freelance music writer. But booking was something new when the Rickshaw first opened. “I liked the challenge of starting a club from scratch,” he says.

While the venue has had its fair share of hits, including breaking major acts and hosting ingenious yearly Noise Pop nights, there are also those rare times when it misses a chance at a touring act. It had a first shot at booking Lorde in SF but didn’t realize how quickly she’d blow up. It also, incredibly, never hosted Thee Oh Sees (and yes, it might be awhile now. See below).

Strachota notes his only other main frustration comes from “when no one shows up for a great band and you have no idea why.”

That said, he’s consistently amazed by the enthusiasm of audiences for the broad spectrum of acts they pack in. “We’re really proud of our diversity. That’s something I’ve always strived for. And our staff really clamors for. They don’t want the same thing every night.”

One random week at the club might play host to an up-and-coming rock ‘n’ roll band, a Nerd Nite talk or Moth StorySLAM, and a lesbian dance party. This week, however, will be an even glitzier lineup — a sort of best-of mix of the lively venue’s thrilling past decade.

I’d be remiss if I didn’t note a certain pang of despair after learning in late December of John Dwyer’s SF abandonment. The Thee Oh Sees front person is much more than his current band (now on hiatus). He’s a San Francisco art punk-garage rock icon, having cutting his teeth in the late ’90s and early aughts in seminal SF bands Pink and Brown and the Coachwhips before achieving even more national acclaim with Thee Oh Sees. He screamed into megaphones and invited the crowds to circle in closer, closer even.

He was one of the last holdouts of a dwindling local DIY scene, and news of his departure for sunny LA sent shockwaves through the blogosphere. One friend posted: “Somewhere I read, ‘If John Dwyer leaves, you really know it’s an end of an era’ and well, it’s an end of an era.” SF Weekly was first to report the move, quoting Dwyer at the Great American Music Hall — “This will be the last Oh Sees show for a long while, so dig in” — and confirming with the band’s booking agent, Annie Southworth, that Thee Oh Sees would indeed be going on indefinite hiatus. In the meantime, hold your rockers closer tonight.

CHAIN & THE GANG AND THE SHIVAS

Speaking of art punk legends, Ian Svenonius’ Chain & the Gang is back! The DC group, led by the lithe former Make-Up, Nation of Ulysses, and Weird War front person has a sound that matches its moniker. It’s the shrieking, chain-dragging rock ‘n’ roll of weirdo outlaws (the Gang including organ, saxophone, and traditional guitar-drums-bass). Svenonius’ gang comes to SF with the Shivas, a quite young fellow K Records act that pays tribute to fuzzy ’60s dance rock and throws in some horror surf in all the wavy, beat-filled, harmonious ways you’d hope for. The Shivas released its debut LP, Whiteout, on K this past April. A few spins of the record are highly recommended before the show. It makes you want to make out on the beach at night. Thu/9, 7pm, $8. Make-Out Room, 3225 22nd St, SF; www.makeoutroom.com. *