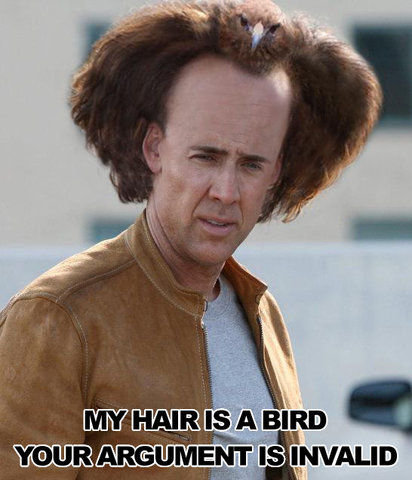 Oscar-winning actor (for 1995’s Leaving Las Vegas), cultural curiosity (for his Superman and Elvis obsessions, tax troubles, hair, etc.), Coppola family member (Francis Ford is his uncle), meme generator, and cult icon Nicolas Cage is about to become a half-century man. And what better way to celebrate the 50th birthday of one of the most predictably unpredictable movie stars of all time than by checking out a pair of his movies?

Tomorrow (NC’s actual bday: Jan. 7), Midnites for Maniacs unspools a pair of Cage classics, starting with his breakout role as a totally tripandicular Hollywood punk mooning after the title character in 1983’s Valley Girl. This movie has it all: a killer soundtrack, terrible-amazing hair and fashions, the immortal EG Daily, and maybe the best prom scene in the 1980s teen-movie canon. We melt with you, Nic.

Second half of the show is the brilliantly bizarre rom-com crime thriller 1987 Raising Arizona, which is not only one of Cage’s best films, but also a top-spot contender from directors the Coen Brothers. Insert your favorite quote here … “Son, you got a panty on your head.”

Also promised: “dozens of Cage trailers!”, so prime yourself for scenes of balls-to-the-wall insanity and greatness. Here’s hoping for high-pitched hilarity from Peggy Sue Got Married (1986); Cher getting feisty in Moonstruck (1987); snakeskin perfection in Wild at Heart; TCB-ing from 30,000 feet in Honeymoon in Vegas (1992) — and a healthy showing from his 1990s action classics (1996’s The Rock, 1997’s Face/Off and Con Air). I’ll even to go bat for National Treasure (2004) if that means extra clips from Adaptation (2002) and Bad Lieutenant: Port of Call New Orleans (2009). SHOOT HIM AGAIN…HIS SOUL IS STILL DANCING!