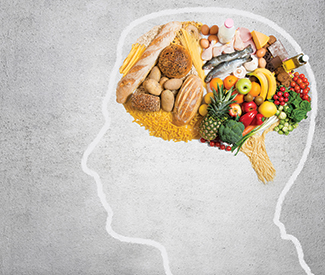 On the day before Christmas Eve, a line of hungry San Franciscans winds its way to the second floor of the Women’s Building on 18th Street. There, in a sunlit room, people take their pick of free food: fresh fruit, chicken, canned goods and pasta. This pantry is one of over 200 in the city supplied by the San Francisco and Marin Food Banks.

Acacia Woods-Chen, the pantry’s coordinator, calls off enrollment numbers in broken Cantonese and Spanish as she directs them to the needed sustenance.

Most of the clients are elderly, and one woman said she’s lived in the Mission 50 years. Yet she is facing eviction from her Mission District apartment.

“My income is very low, I don’t even make the rent,” she told us.

A new report, from the city’s Food Security Task Force, found that 19,000 seniors in San Francisco struggle to afford groceries. Many of qualify for Supplemental Security Income benefits, or SSI, yet are ineligible for federally supplied food stamps.

The problem goes beyond seniors. The report found that one in four San Franciscans lacks sufficient resources to purchase nutritious food, causing many to turn to food pantries for assistance.

Those pantries are now well beyond their capacity, Food Bank representatives told us, and the system is bursting at the seams.

Awareness of the problem is growing. On Dec. 10, the Board of Supervisors approved a resolution to end hunger and food insecurity in San Francisco by 2020.

“It is unacceptable that in one of the richest cities on earth, so many of our fellow residents should have to go to bed hungry or worried about their children’s nutrition every day,” said District 1 Sup. Eric Mar, who authored the resolution.

It calls on bringing together disparate city agencies, from the Planning Department to those tasked with aiding youth, seniors, and the homeless, to collaborate on addressing San Francisco’s hunger problem.

Just 14 percent of those who face food insecurity are homeless, the report found. Many are actually low-income people who have jobs, but cannot always put food on the table.

Food insecurity isn’t just about hunger, according to the task force’s report, but also manifests as struggling consumers buy only cheaper and nutritionally inadequate food, or ration meals.

Mar’s resolution calls for the creation of a workgroup that will be tasked with, among other things, finding ways to solicit greater enrollment in California’s federally backed food safety net program.

“The biggest opportunity by far, casting a shadow over everything we do, is to get everyone who’s qualified for the SNAP program signed up,” said Paul Ash, executive director of the Food Bank.

Less commonly known is that California has the lowest enrollment rate for SNAP in the entire United States, according to federal data. A report by California Food Policy Advocates, titled “Lost Dollars, Empty Plates,” cast this as an economic loss as well. San Francisco is losing $129 million per year in lost economic activity due to low participation, the advocacy organization found.

In San Francisco, an estimated 84,000 people are eligible for CalFresh — yet only about half as many are enrolled.

Liliana Sandoval, CalFresh outreach program manager at the Food Bank, spends her days recruiting enrollees at farmer’s markets and homeless shelters. “A lot of our work is myth busting, educating, and finding people who would never go to a county office to ask for assistance — even if they desperately need it,” she told the Guardian.

In the meantime, the problem of feeding San Francisco persists.

“Compared to other food banks in the nation, we’re at the top,” Ash said, referencing the volume of food it distributes to the hungry. “But you can’t give yourself an A when there are thousands of people who need help who don’t get it.”

And if everyone eligible for CalFresh were enrolled, would the city be on its way to tackling hunger?

To volunteer with the San Francisco and Marin Food Bank, visit www.sffoodbank.org. The holiday brings an influx of help to food pantries, but they experience a dramatic drop off in January and February — and could use more help then.