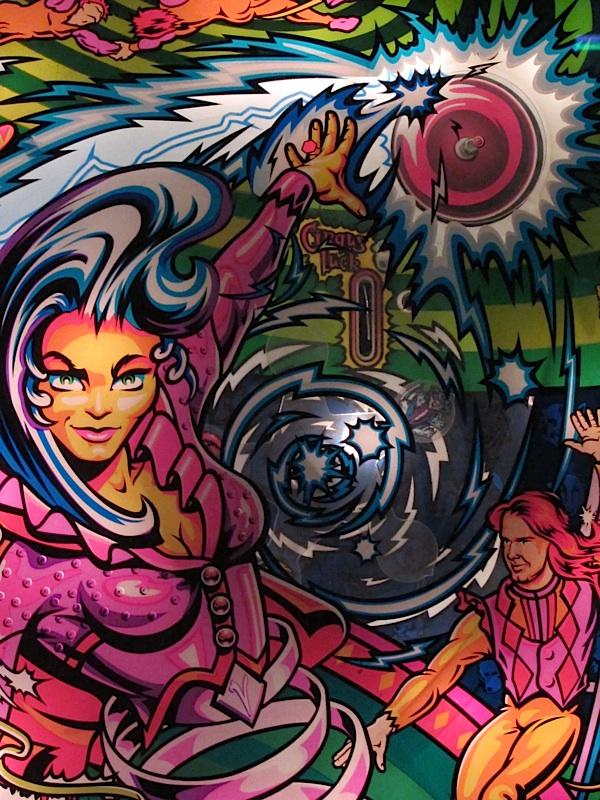 While it could be argued that every day represents a new year, with each date falling exactly one year after the last, like unconscious clockwork, there’s something comforting in the ritual of observing the change in calendar year en masse. A time to take accounts, and make new goals. A time of psychic housekeeping: ridding oneself of the spiritual and mental detritus of the past, in order to make space for a future as yet undefined.

All of which is on my mind as I prepare to bang out my last Performant, at least for the time being. During the last three-and-a-half years I’ve witnessed hundreds of performances, featuring thousands of performers, in venues large and small, each one a brief, incandescent flame feeding into a bonfire of epic creativity. House concerts, punk shows, spoken word, street festivals, performance art meditations, live comedy, high drag camp, amateur wrestling competitions, robot soccer, battle rap, obscure cinema, alternative dance, home theater, and circus arts have all found a place in the Performant, proving, I hope, that just as borders geographical and psychological can be transcended, so too can artistic ones.

But, point proven, the Performant is going to take a bit of a break to focus on some other projects I’ve been neglecting. Avoiding, really. But I’ll still be out there, an ever-appreciative oddience of one, reveling in our infinity of scenes, influences, disciplines. As a parting gift, here’re a few recommendations I can make for our collective new beginning. It’s been an honor to Performant for you.

1) Godwaffle Noise Pancakes: Do you like Noise? Do you like vegan pancakes? Do you like The Lab? Duh, yes, of course you do. Usually Sundays, usually from noon-2pm, usually at The Lab, except when it’s not. By far the best-sounding brunch spot in the Mission, and no line!

2) Saturday Write Fever: It’s like a playwriting bootcamp for the broke-ass camp, this monthly event held in the café of the EXIT Theatre brings together budding monologists — writers and actors both — for an evening of spontaneous writing and seat-of-your-pants performance. Writers have 30 minutes to prepare a new piece, riffing off a common theme, and then each mini-script gets a quicky performance treatment by members of the oddience. It’s free, it’s fresh, it’s fearless, and frankly, it sounds like a hell of a lot of fun.

3) The Cynic Cave: Actually, it would hardly matter what “the Cynic Cave” was, I’d have to go for its name alone. But the fact that it’s a literally underground comedy club ensconced in the basement of my fave local video store, Lost Weekend, makes it a total win. Hosted by George Chen and Kevin O’Shea, the Cave has quietly hosted some of the Bay Area’s funniest humans for just $10 a pop since 2012.

4) Boxcar Theatre’s Speakeasy: Boxcar Theatre has always had a knack for thinking outside of the (black) box, and this totally immersive, three-and-a-half hour-long performance sounds like their most enterprising yet. Like Punchdrunk’s Sleep No More, the interactive show promises to be different for each individual participant, a self-directed foray into the seedy underbelly of a 1920’s Speakeasy, populated by showgirls, war veterans, blackjack dealers, and bootleggers, each of whom has a story arc which can be followed to its end, or abandoned halfway through in favor of another. In short, prepare to go a couple of times to get a real sense of what’s going on, and don’t be shy about eavesdropping. Or playing a round of roulette.