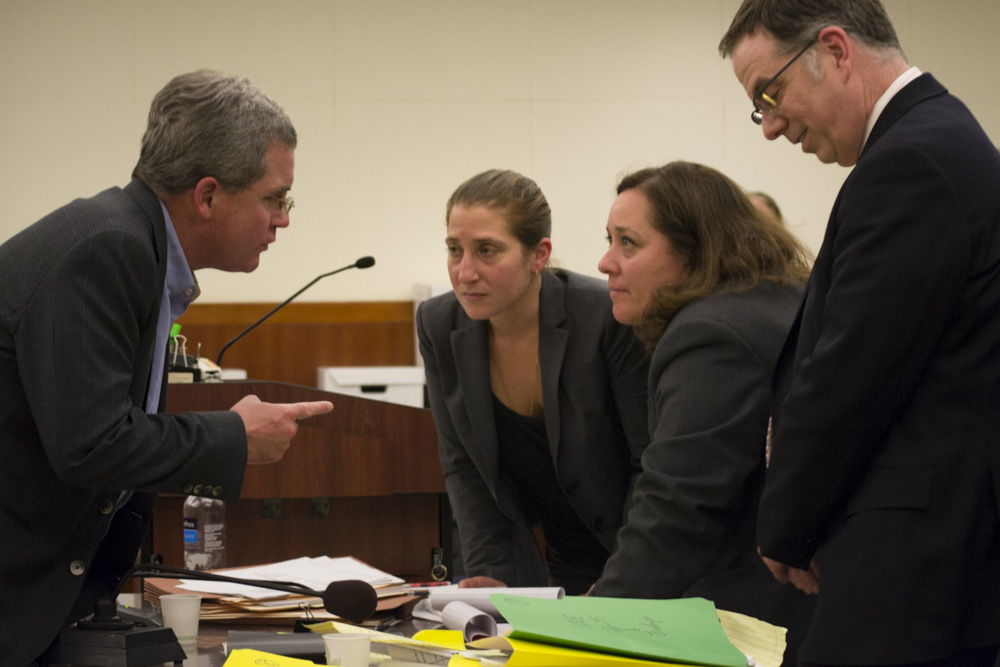 At a Dec. 26 hearing in San Francisco Superior Court, the City Attorney’s office argued that City College of San Francisco should not be shuttered, as long as San Francisco’s lawsuit against a regional accrediting commission remains in court.

The two-year community college, which serves roughly 85,000 students, was notified earlier this year that the regional Accreditin​g Commission for Community and Junior Colleges would terminate its accreditat​ion in July 2014, rendering the school’s degrees worthless.

It would be forced to close.

In August, City Attorney Dennis Herrera filed suit against the ACCJC, alleging the closure action was improper, unwarranted, and out of line with the agency’s prior actions.

At yesterday’s court hearing, litigators from Herrera’s office argued for a preliminary injunction against ACCJC, to keep the college open at least for the duration of the court proceedings.

Stop, halt, cease, desist. That was the City Attorney’s goal yesterday: keep City College open until the case is decided.

While yesterday’s hearing was focused on the injunction, the substance of Herrera’s complaint against the ACCJC — alleging that its members were acting improperly as advocates for greater austerity, among other things — came into play many times.

The litigators argued from morning till late afternoon, taking only brief recesses. While Judge Curtis Karnow subjected viewpoints from both sides to microscopic examination, there was no decision by the end.

It’s not yet known when Karnow will issue a ruling.

“Judge Karnow did not rule from the bench, he issued no tentative order, and he gave no indication of how he intends to rule before concluding today’s hearing,” City Attorney spokesperson Matt Dorsey noted in a statement following the hearing.

In the meantime, a few statements made in court could shed light onto the outcome. We’ve highlighted a few of them below, along with some key questions.

Attorneys Phillip Ward and Andrew Sclar represented the ACCJC, in opposition to Deputy City Attorney Sara Eisenberg and labor lawyer Robert Bezemek, who appeared on behalf of the California Federation of Teachers.

1. Herrera’s suit alleges that ACCJC commissioners acted improperly as advocates. That would mean they not only went beyond their role as objective accreditors, but sought to advance a political agenda against CCSF’s inclusive approach to higher education. They address that here.

Judge Curtis Karnow: All of those expression of political views, if you will, by either the staff or the commission itself, are being cited as the “true agenda” that they’re trying to unmask.

ACCJC counsel Philip Ward: There are problems, big problems, at City College of San Francisco…. all of those problems are the product of the so called “open access” mission and the new educational priorities that they’re saying are being shoved down CCSF’s throat.

Innuendo, character assassination … shows us that is what’s being targeted by the plaintiffs allegations.

City College has been kicking the can down the road for six years.

2. Herrera’s motion for an injunction argues that, even as the case is being decided, the school will suffer harm in the interim. How would this injunction soften the blow?

Judge Curtis Karnow: The real thrust of the motion seems to be that the uncertainty has generated behavior by faculty [and] students to depart, and this all stems from uncertainty harm.

When did this uncertainty harm start? How will the actions of this court affect anything? If there’s another hearing in July, won’t there be more uncertainty, even if I issue an injunction?

CFT counsel Robert Bezemek: Declarations filed show that there have already been instances that harm has already been felt.

For example, (City College’s) radiology program is top in the nation above John Hopkins University. They’ve been given an execution date, everyone knows that. There’s an order to remove the college’s accreditation in July 31. When it got that order, students started to leave the college in droves.

3. Can the ACCJC base its decision to close City College on fiscal issues, rather than educational shortcomings?

CFT counsel Bezemek: We do not deny that they have financial issues… the quality of education is what they’re here (the ACCJC) to measure. But you have to find that the harm from the financial issues warrants shutting the school down the only community college in San Francisco. That it is the fundamental part of accreditation.

Judge Karnow: So your position is that no matter what bad things the college has done, the commission can’t withdraw its accreditation?

CFT counsel Bezemek: No, we’re saying they have to show substantial evidence.

(The ACCJC’s) ‘internal review’ is a joke. An injunction would provide huge relief.

Counsel for the Accrediting Commission for Community and Junior Colleges, Andrew Sclar and Philip Ward, confer during a break at a preliminary injunction hearing regarding City College of San Francisco on Dec. 26, 2013. Photo by Sara Bloomberg

4. Is it within the ACCJC’s power to delay City College’s closure?

Judge Karnow: What if we just dropped the process now?

ACCJC counsel Sclar: There certainly would be harm to us. If we do not enforce sanctions or bring a non compliant institution into compliance within a two year period, we would be at risk of losing our recognition with the United States Department of Education.

It’s going to have a chilling effect on all accrediting agencies.

Judge Karnow: Is there any evidence of that in the record?

ACCJC counsel Sclar: No, there hasn’t (been).

Deputy City Attorney Eisenberg: If the people aren’t permitted to seek relief through an (injunctive) action, there’s no other recourse.

The ACCJC has demonstrated a very cavalier attitude in this case. We’re talking about closing the only community college in San Francisco. Many students don’t have access to other colleges otherwise. The relief that we are asking for here is quite modest. It has been granted before… and it didn’t do anything other than hit the pause button.