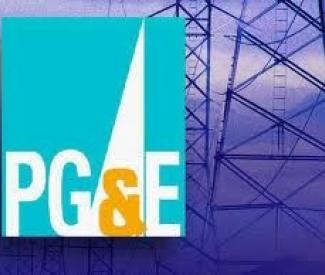 Dec. 19 marked the 100th anniversary of the Raker Act, federal legislation that specifically called for San Francisco to directly distribute the water and electricity generated by the O’Shaughnessy Dam to its residents and for their benefit. The city does so with the water, through the San Francisco Public Utilities Commission, but Pacific Gas & Electric used its power and connections to take control of the electricity and keep it, corrupting the political system for nearly a century in the process.

“The result: San Francisco has paid through the nose to PG&E for its power and the city loses about $30 million a year in profits it would get from a public system,” journalist J.B. Neilands wrote in the March 27, 1969 issue of the Bay Guardian, the first of dozens of stories we’ve written on the topic, spanning many unsuccessful public power campaigns, each one dominated by millions of dollars in PG&E spending.

Meanwhile, San Francisco’s longstanding effort to develop a municipal renewable energy program has been stymied by politics, but certain aspects of the plan are advancing nevertheless.

At a Dec. 13 meeting of the Local Agency Formation Commission (LAFCo), a committee comprised of members of the Board of Supervisors that has been working to develop CleanPowerSF for years, Sup. London Breed called for putting out a Request for Proposals to develop a concrete plan for building out local renewable energy infrastructure. LAFCo adopted the motion.

With plans for solar panel arrays or wind power facilities that would generate hundreds of megawatts of electricity for the municipal energy program, the build-out is a key aspect of the plan that could lead to job creation and stable electricity rates in the long term.

Earlier this year, members of the San Francisco Public Utilities Commission, a body composed of mayoral appointees, refused to approve a not-to-exceed rate for the program, effectively obstructing any forward progress.

“This does not get around the political problem we have,” said Eric Brooks, a longtime advocate of CleanPowerSF. “On Aug. 13, from [the SFPUC’s] standpoint, they put the program on hold.” Nevertheless, “the idea is to work on all the other things, and get those things done.”

Project proponents plan to bring on a consultant to hash out more tangible goals with regard to job creation, and then use those shovel-ready plans to bring trade unions on board.

The political pressure against CleanPowerSF, fueled by groups associated with PG&E in political alignment with Mayor Ed Lee, is formidable. Yet Breed and others remain undeterred. “We want labor to be a partner on this,” Breed told the Bay Guardian. “We want to make sure that it’s clear, and more importantly, we want it to be a strong proposal. … My goal is to make it difficult for them to oppose it.”