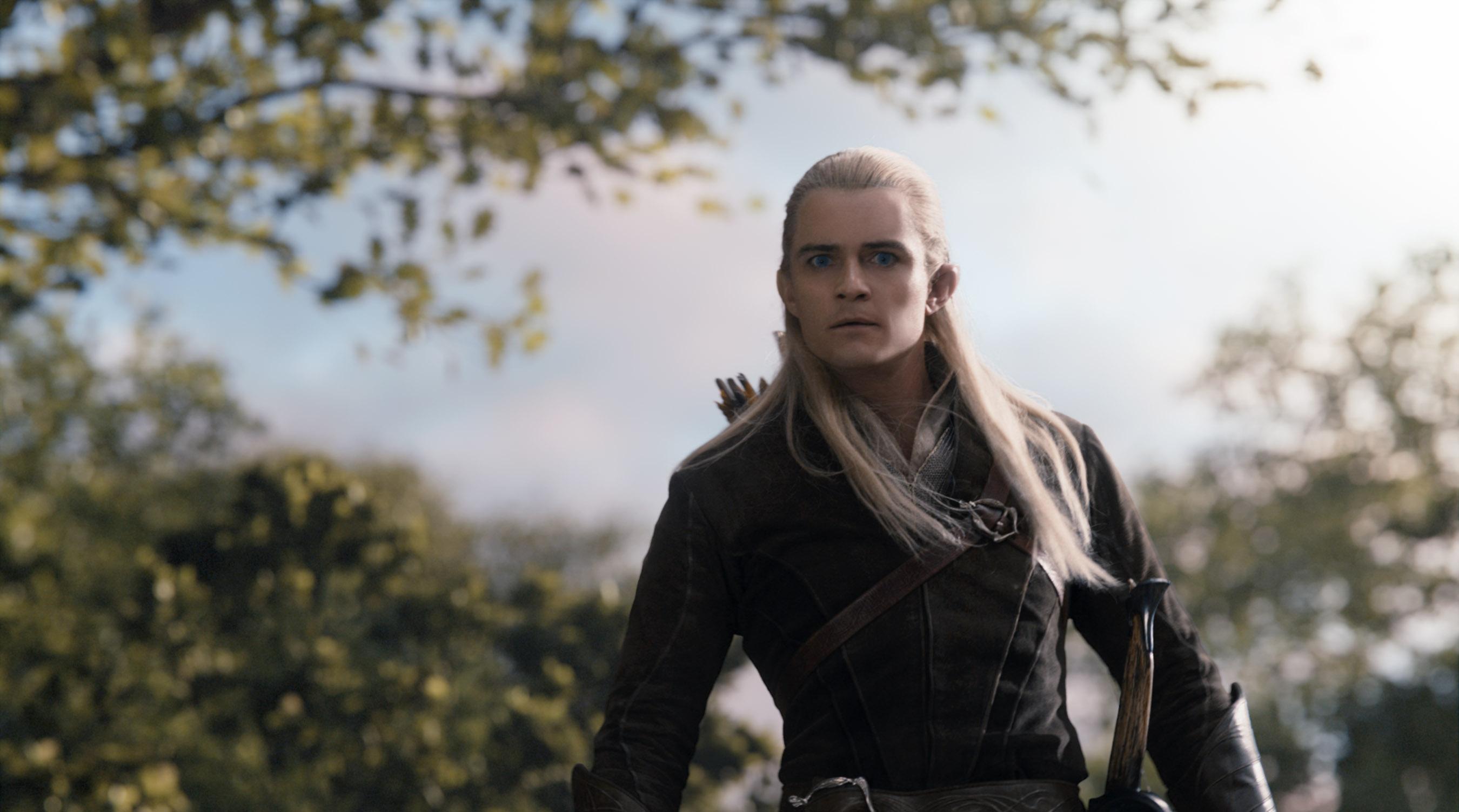 Breathe easy, halfling: the middle installment in Peter Jackson’s Hobbit trilogy is a huge improvement over the first film. Also new this week: Emma Thompson turns in a cranky-yet-lovable performance as the woman who wrote Mary Poppins in Saving Mr. Banks (with Tom Hanks playing Walt Disney); Liev Schreiber battles oddly familiar space monsters in The Last Days on Mars; and Tyler Perry celebrates the holidays as only he can, with A Madea Christmas. Read on for reviews and trailers.

The Hobbit: The Desolation of Smaug Just when you’d managed to wipe 2012’s unwieldy The Hobbit: An Unexpected Journey from your mind, here comes its sequel — and it’s actually good! Yes, it’s too long (Peter Jackson wouldn’t have it any other way); arachnophobes (and maybe small children) will have trouble with the creepy, giant-spider battle; and Orlando Bloom, reprising his Lord of the Rings role as Legolas the elf, has been CG’d to the point of looking like he’s carved out of plastic. But there’s much more to enjoy this time around, with a quicker pace (no long, drawn-out dinner parties); winning performances by Martin Freeman (Bilbo), Ian McKellan (Gandalf); and Benedict Cumberbatch (as the petulent voice of Smaug the dragon); and more shape to the quest, as the crew of dwarves seeks to reclaim their homeland, and Gandalf pokes into a deeper evil that’s starting to overtake Middle-earth. (We all know how that ends.) In addition to Cumberbatch, the cast now includes Lost‘s Evangeline Lilly as elf Tauriel, who doesn’t appear in J.R.R. Tolkien’s original story, but whose lady-warrior presence is a welcome one; and Luke Evans as Bard, a human poised to play a key role in defeating Smaug in next year’s trilogy-ender, There and Back Again. (2:36) (Cheryl Eddy)

The Last Days on Mars An eight-member crew of a multinational expedition to Mars are just wrapping up their six-month mission when they discover sign of life — well, “bacterial cell division,” albeit of a virulent strain that seems hellbent on turning anyone who comes in contact with it into violent un-dead. Hence the visiting humans are soon battling for survival, including Liev Schreiber (hero), Romola Garai (sorta-love interest), Olivia Williams (mean girl), and Elias Koteas. Though well crafted, this first feature by Irish director Ruairi Robinson (adapted by Clive Dawson from Sydney J. Bounds’ 1975 short story) can’t help but be a letdown as its menace turns out to be nothing more than transformed humans in pasty “monster” makeup lurching around grabbing the panicked, still-living specimens. You’ve seen all this before, in forms both scarier and cheesier, but either way often more memorably handled than here. (1:38) (Dennis Harvey)

Saving Mr. Banks Having promised his daughters that he would make a movie of their beloved Mary Poppins books, Walt Disney (Tom Hanks) has laid polite siege to author P.L. Travers (Emma Thompson) for over 20 years. Now, in the early 1960s, she has finally consented to discuss the matter in Los Angeles — albeit with great reluctance, and only because royalty payments have dried up to the point where she might have to sell her London home. Bristling at being called “Pam” and everything else in this sunny SoCal and relentlessly cheery Mouse House environ, the acidic English spinster regards her creation as sacred. The least proposed changes earn her horrified dismissal, and the very notion of having Mary and company “prancing and chirping” out songs amid cartoon elements is taken as blasphemy. This clash of titans could have made for a barbed comedy with satirical elements, but god forbid this actual Disney production should get so cheeky. Instead, we get the formulaically dramatized tale of a shrew duly tamed by all-American enterprise, with flashbacks to the inevitable past traumas (involving Colin Farrell as a beloved but alcoholic ne’er-do-well father) that require healing of Travers’ wounded inner child by the magic of the Magic Kingdom. If you thought 2004’s Finding Neverland was contrived feel-good stuff, you’ll really choke on the spoons full of sugar force-fed here. (2:06) (Dennis Harvey)