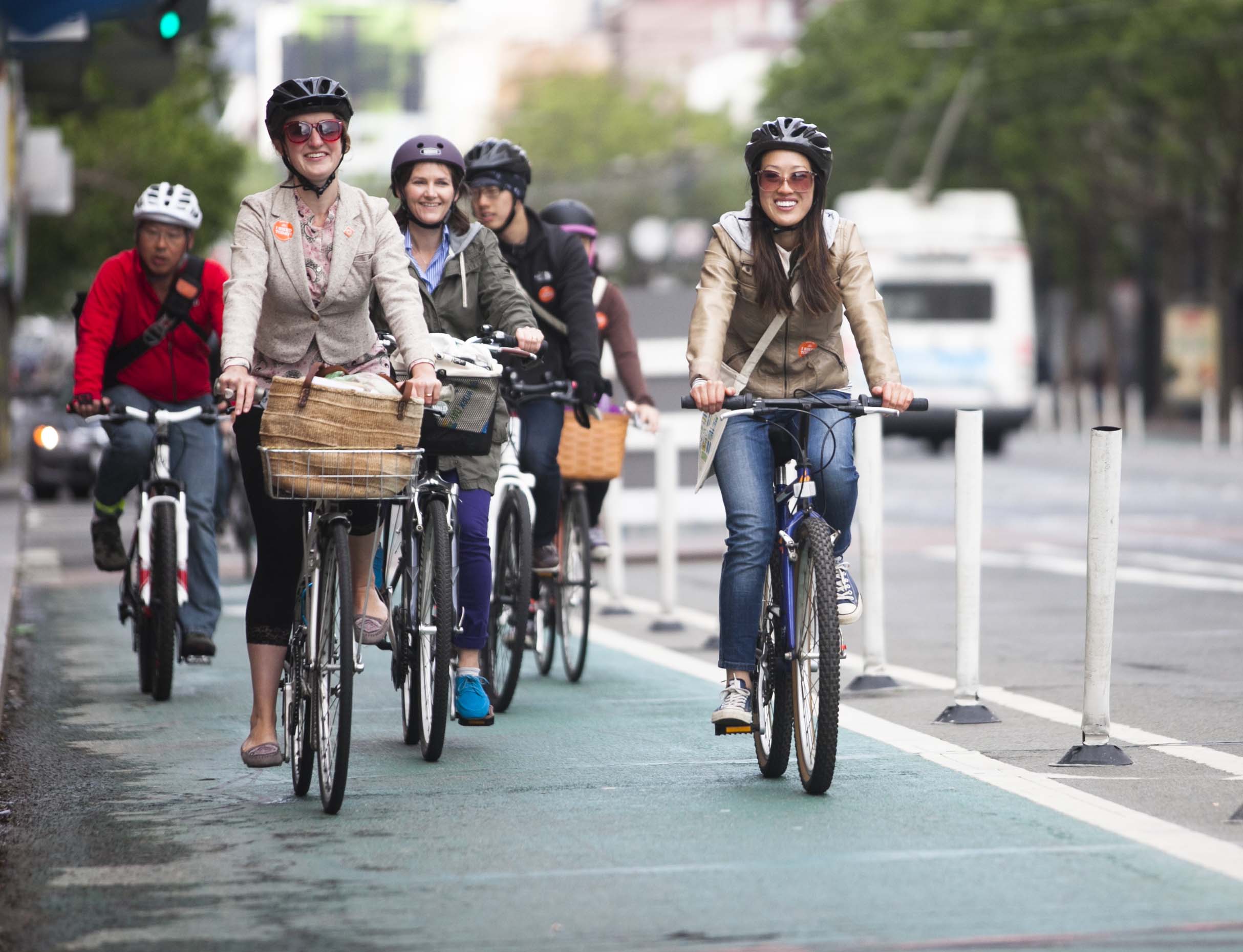 As anyone who has traveled the streets of San Francisco knows, there’s an increasing number of bicyclists out there. And the just-released biennial bike count from San Francisco Municipal Transportation Agency attempts to quantify that increase: 14 percent since 2011.

The San Francisco Bicycle Coalition trumpeted the report as good news, including in its press release this quote from Mayor Ed Lee: “Every year we are seeing more people riding a bicycle in San Francisco, and the latest bicycle count data proves it.” And SFBC Executive Director Leah Shahum said, “It’s clear that if we build it, they will come. No other mode of transportation is growing as fast or has a higher return on investment in terms of improving our city for everyone.”

But the reality is that the city is lagging far behind its own stated goals to make cycling a safer and more attractive transportation options, largely because of a severe underinvestment in its cycling network. The report notes that the city has invested $3.3 million in its bike network since 2011, but that was mostly playing catch-up from when a court injunction stalled all bike projects in the city for four years.

The SFMTA report doesn’t calculate the critical number in terms of how we’re really doing — transportation mode share, or the percentage of overall vehicle trips taken by bike — an estimate it is now working on in a separate study.

An American Community Survey in 2012 put SF bike mode share at less than 4 percent, which is a far cry from the 20 percent by 2020 that is the city’s official goal, one it has little chance of meeting without a serious increase in infrastructure investment and other changes. The SFMTA’s own stated goal is 8-10 percent mode share by 2018, the result of failure to make needed investments, which amounts to an admission that the city’s official goal is little more than political pandering.

“We’re still moving forward on all the goals that we set to accomplish, but we do have have funding needs,” SFMTA spokesperson Paul Rose told us, insteading emphasizing the agency’s goal of attaining a 50-50 split between private automobile use and all other modes of transportation, including Muni and cycling.

The SFBC has worked in close partnership with the city, but the continuation of Shaham’s quote in her press release also indicates that she’d like to see the city doing more to promote safe cycling: “It’s time for the City to truly invest in our bicycle network, and ensure that our City’s streets are welcoming and comfortable for the growing number of people riding.”