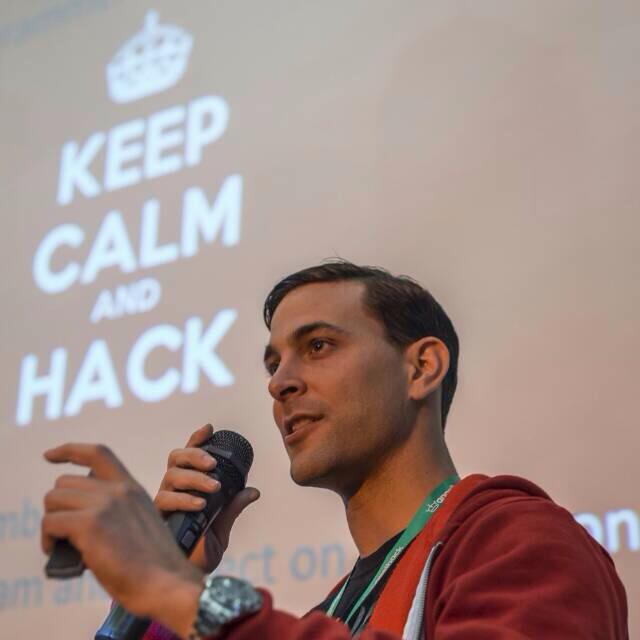 Just a day after a fake tech worker blew up the Internet with class hatred, an actual tech worker spewed hatred for real — and it’s worse than anything that our political thespian had to say.

As first reported by tech blog Valleywag, AngelHack founder and CEO Greg Gopman posted this gem on his Facebook yesterday:

Just got back to SF. I’ve traveled around the world and I gotta say there is nothing more grotesque than walking down market st in San Francisco. Why the heart of our city has to be overrun by crazy, homeless, drug dealers, dropouts, and trash I have no clue. Each time I pass it my love affair with SF dies a little.

He has since deleted the post and apologized, but it’s hard to come back from the rest of what he wrote:

The difference is in other cosmopolitan cities, the lower part of society keep to themselves. They sell small trinkets, beg coyly, stay quiet, and generally stay out of your way. They realize it’s a privilege to be in the civilized part of town and view themselves as guests. And that’s okay.

In downtown SF the degenerates gather like hyenas, spit, urinate, taunt you, sell drugs, get rowdy, they act like they own the center of the city. Like it’s their place of leisure… In actuality it’s the business district for one of the wealthiest cities in the USA. It a disgrace. I don’t even feel safe walking down the sidewalk without planning out my walking path.

You can preach compassion, equality, and be the biggest lover in the world, but there is an area of town for degenerates and an area of town for the working class. There is nothing positive gained from having them so close to us. It’s a burden and a liability having them so close to us. Believe me, if they added the smallest iota of value I’d consider thinking different, but the crazy toothless lady who kicks everyone that gets too close to her cardboard box hasn’t made anyone’s life better in a while.

“Sorry” doesn’t erase a believe that it is a “privilege to be in a civilized part of town.” @Gopmania: I’m sorry. https://t.co/aMqfJ2LYNU

The CEO of @AngelHackLive , Greg Gopman, is emblematic of a “disruptive” cancer upon empathy in San Francisco (& their account will RT this)

Greg Gopman, you are the pompous fuck bag of the day! http://t.co/8n8sbNaegE

ouch > “Greg Gopman, and his company, AngelHack, offer no apparent utility or value to our planet.” http://t.co/VyWU6irdp5

I can think of one way Angelhack CEO Greg Gopman could help solve SF’s “human trash” problem. Move. (Not to Seattle.) http://t.co/z01JNunLAc

Greg Gopman is the very worst kind of person.

The plot thickens, though, as it appears AngelHack has a Twitter bot that scours the Internet for anyone writing about the company, and instantly retweets them.

It’s already retweeted many of the hate tweets towards Gopman. His own company is throwing fuel in the flames of his Internet hate.

This is his apology, written just this morning:

Last night, I made inappropriate comments about San Francisco and its less fortunate citizens on Market st. I’m really sorry for my comments. I trivialized the plight of those struggling to get by and I shouldn’t have. I hope this thread can help start an open discussion on what changes we can make to fix these serious problems. Again, I am deeply sorry.

It’s this kind of class hatred from tech workers that made performances like that of union organizer Max Bell Alper yesterday totally believable, leading to one important question: Can you hack empathy?