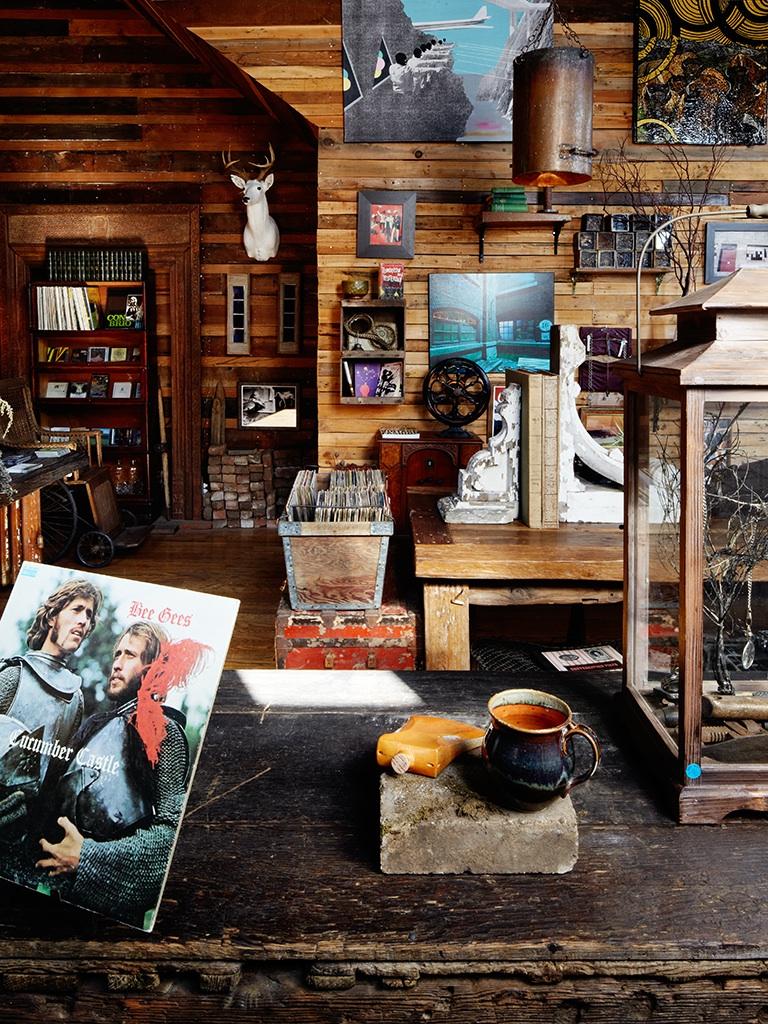 Sometimes you stumble across places that just feel like home the instant you step across the threshold. Maybe not the kind of home where you lounge around in sweatpants binging on Dynamo Donuts and Netflix, but a home that offers comfort for the spirit, where creativity and intention reign. Curiosity shop, design showcase, and artist enclave, Viracocha at 998 Valencia Street has been one such home for many, from the poets who helped build its pallet-wood walls, to the neighborhood literati who donated to and borrowed from Ourshelves, the private lending library that until very recently occupied the back of the building, to the acoustic musicians and spoken-word artists who gathered in the basement to perform and to connect, to the visual artists whose work was treated as décor first and merchandise almost as an afterthought.

One part art installation, one part community outlet, and one part ostensible retail venture, the four year-old Viracocha feels far older, thanks perhaps in part to its proximity to the venerable Artists’ Television Access, or a lingering resonance from santería supply store Botanica Yoruba, which occupied the same space for many years. Stepping inside always feels like stepping through a cool, jazz-infused looking-glass into a parallel world where life is art and art is life, and all that other stuff doesn’t matter quite as much as you thought it did. Plus, typewriters.

But it’s a brave new Valencia Street, and in matters of merchantry (some of that “other stuff” we wish didn’t matter) it’s an increasingly challenging atmosphere in which to be experimenting with idiosyncratic business models. And as many creatives-turned-commercialists have discovered, sinking all of your energies into commerce can sap those same energies from creation, and balancing the two can be a constant struggle. So it wasn’t exactly a surprise when Viracocha announced that it was raising funds in order to reorganize in the new year, a reorganization that includes proprietor Jonathan Siegel passing the baton to an as-yet unnamed group of successors, and applications for permits to legalize the heretofore “secret” performance venue below the floorboards of the retail space. Not a surprise, but still a sad shock. We like our quirky empires to remain unchanged and unperturbed by the pressures of the outside world, even when clinging onto the “old ways” can mean driving them out of existence. It’s an often unspoken conundrum, but retaining loyalty is a delicate balance too.

It began as much an experiment as anything else. The idea of a space that put the art before the consumption of it had come to Siegel years before while he lived in New York working as an actor and in the construction industry. After moving to San Francisco in 2005 he became a known denominator on the poetry scene, including as the organizer for the Poetry Mission reading series at Dalva, and as a member of the erstwhile Collaborative Arts Insurgency. And when he signed a lease on the space in 2009, it was to members of the latter that he turned for assistance in building the space up from scratch, a modern-day barnraising where a vision of community was constructed along with each new wall. A community Siegel refers to as “an orphanage for the lost creative spirit inside all of us,” where practitioners of many mediums might find a place to commune, and where patrons of same might come to discover new artists and new-to-them treasures in a non-pressured, almost anti-commercial environment.

While the future of Viracocha is still uncertain and dependent in large part on what repairs and modifications are deemed necessary by the city (ADA-compliant elevator and restroom for starters, an expense Siegel claims is manageable) and what kind of entertainment venue permits the space is able to secure in the new year. But from Siegel’s POV, he’s leaving Viracocha’s future in capable hands (“the (people) coming onboard don’t want to see the energy of the space shift into something radically different”). As for his own future, he alludes to completion of not one but four books in the works, and a reconnection with his own creativity.

“It’s time for me to let go of many things in my world and rebuild from within,” he muses via email, a sentiment which seems to apply also to Viracocha, and its current state of rebirth, and pretty apropos both for a space named for the Incan god of creation, and for the modern-day visionary who named it.