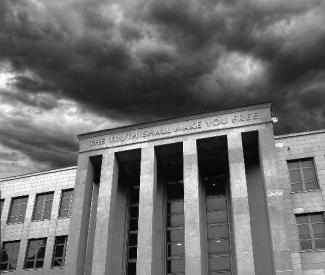 The plan to save City College of San Francisco took a proactive turn yesterday (Mon/25) as two separate-but-similar preliminary injunctions were being sought against the Accrediting Commission for Community and Junior Colleges (ACCJC).

The injunctions, filed for yesterday by City Attorney Dennis Herrera and the California Federation of Teachers (CFT), would seek to keep the embattled school open for at least the duration of the impending litigation. A judge will consider the requests next month.

The two sought-after injunctions come in the context of the civil lawsuits filed by both groups back in August, and would prevent the ACCJC from stripping CCSF’s accreditation on July 31, 2014, in addition to keeping the school both accredited and open while the civil lawsuits are heard and legislative challenges play out. ACCJC representatives didn’t return our calls for comment.

Both the City Attorney’s Office and the CFT lawsuits hinge on the August findings of the US Department of Education. The determination made then said that the ACCJC violated two separate provisions of federal law: Failing to maintain effective controls against conflicts of interest and failing to have reasonable academic representation amongst the evaluation teams tasked to evaluate the school.

If those two violations are upheld in federal court, then the City Attorney’s Office will simply need to prove that the “balance of harm” is negatively swinging toward the students of CCSF. And that unjust balance isn’t an under-the-rug number: 80,000 students go to CCSF, while 19 board members work at the ACCJC, something they do whether or not CCSF is open. Conversely, it’s not like those 80,000 students have 80,000 places to go.

Both the CFT and the City Attorney’s Office are confident that the injunction will be granted by a San Francisco Superior Court judge, an arena of equitable governing both groups say hasn’t been seen from the ACCJC.

“We were trying to figure out our options. How do we defend the college?” said Alisa Messer, AFT Local 2121 president and English teacher at CCSF. “So how do you get a fair hearing? How do you get due process? Unfortunately the courts are the only way to do that under this scenario.”

If either interim injunction is granted by the courts, the school wouldn’t be stripped of its accreditation on July 31 — the ACCJC-appointed Doomsday for an educational institution that contributes nearly $300 million a year to the local economy, among other things — pending conclusions of the underlying court cases, which could take years. That would allow CCSF to offer at least a fall course-load. The injunction would also put the recently-maligned accrediting agency’s authority on hold.

“What we’ve seen is the ACCJC essentially engaging in delay tactics,” said Therese Stewart, chief deputy of the City Attorney’s Office. “This [injunction] isn’t to resolve the whole thing, but rather to freeze the situation so it doesn’t get worse.”

According to a press release from Herrera’s office, the injunction would also, “prevent the Novato, Calif.-based ACCJC from taking similarly adverse actions against other California colleges until its policies and practices fully comply with state and federal law.”

But even if they can implore the ACCJC to reinstate CCSF’s accreditation, Messer says that the injunction the CFT filed on Monday is about much more than “stop gap measures.”

“Actually, I see it as much more than that. It’s not just about getting an injunction for what happens on [July 31, 2014],” said Messer. “This about getting an injunction now, to stop the actions toward closing the college and toward taking our accreditation. Now. Not for July, for right now. Because what we’re seeing is harm being done to the college even as we speak.”

The harm Messer is referring to isn’t just accreditation-related. She says that the reputation of a school is as important as anything, and right now students are unsure of the status of CCSF.

“It’s not about sitting on our hands and waiting and hoping that some of these things will right themselves,” said Messer. “It’s about saying that right now, because of the harm being done to the college, that we need San Francisco to know, and we need everybody to know that this college will not be closing.”