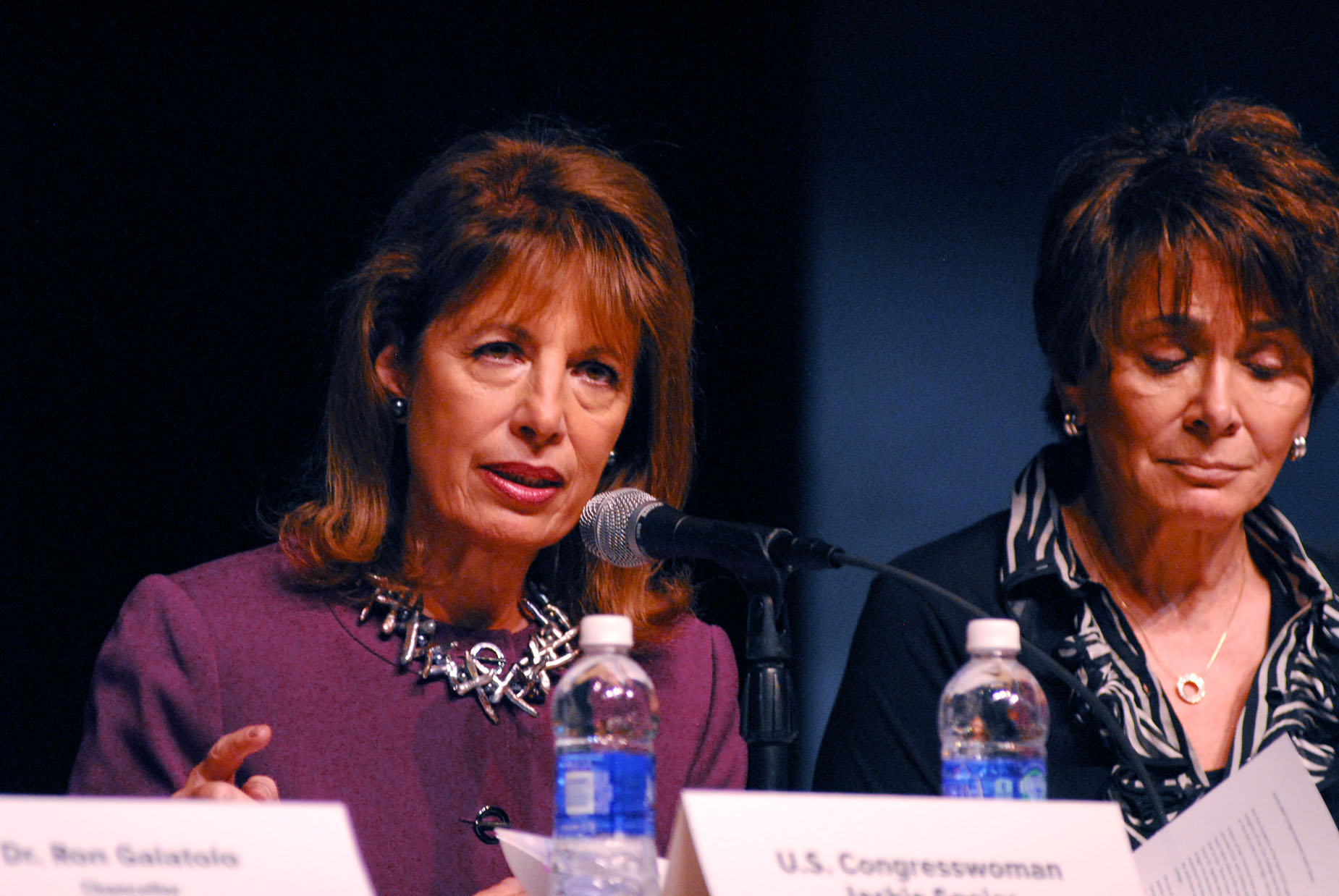 City College of San Francisco’s woes may be a catalyst for accreditation reform nationwide, US Rep. Jackie Speier (D-SF) said at a forum at the embattled school today.

The college was told by the Accrediting Commission for Community and Junior Colleges in July that its accreditation would be revoked in one year, pending appeals. Accreditation is required for a school to have degrees worth more than the paper they’re printed on, and without accreditation the college may close.

At a forum Speier and Rep. Anna Eshoo (D-Palo Alto) convened at City College today, Speier trumpeted what local advocates have said all along: The evaluation of City College was bungled, lacked transparency, and violated federal education regulations, all pointing to a desperate need for reform of ACCJC.

Teachers, faculty, and education advocates packed the Diego Rivera Theater, all cheering at every jibe toward the group that will effectively close San Francisco’s largest higher education institution and only community college in one year.

“How many teachers are in the room who have worked on the accreditation changes?” — #CCSF teachers pic.twitter.com/82UvDzYQVH

“I think the ACCJC has run amok, they have lost their vision — if they ever had one,” Speier said in an interview after the forum. “They are riddled with conflicts of interest and arbitrariness.”

She went even a step further, saying that the debacle with the ACCJC signaled a need to reform accreditation on a national level, citing a lack of public accountability.

“This is a truly unaccountable agency, unaccountable to anyone,” she said. This is an institutional problem, she said, meaning “we need to look at accreditation generally.”

In the past, the ACCJC has even blocked the public from attending its meetings.

College accrediting bodies are private institutions, not subject to public records requests or public vote. The system has had activists in San Francisco and California as a whole calling for the ACCJC to change or to close. Speier echoed those sentiments, saying that City College’s treatment was a prime example of how the current system is broken.

ACCJC’s decision to close City College was especially troubling, Speier said, because current law “does not allow the US Department of Education to overturn a decision that it says is flawed.”

The Guardian contacted the US Department of Education on these fresh allegations but did not hear back from them before press time. We will update this article with any new information. We also contacted ACCJC, and were told its president, Dr. Barbara Beno, would contact us within the next few days. Beno also declined to attend the forum.

It did not, however, say that the commission should not have revoked City College’s accreditation. A Department of Education representative told the Guardian at the time that it did not have the authority to change the ACCJC’s decision to close down City College.

They can do to fix ACCJC or any accrediting body anywhere beyond closing them down entirely, she explained.

“The Department of Education only has one hammer, and that is to deny the ACCJC certification, which is up for review this year,” she told the crowd. ACCJC is slated to undergo this evaluation in December which could spell the end of the commission entirely.

But she said that doesn’t get to the root of the problem. The accrediting system is broken, and she’ll soon sit with Education Secretary Arne Duncan to see what could be done to change the system as a whole, something that’s been hinted at on a national level before.

As we’ve covered (Who Killed City College?, July/9), President Obama called for a change to college accreditation in the United States in his last State of the Union speech.

Sen. Jim Beall and Assemblymember Tom Ammiano were also in attendance at the forum, and promised to continue the fight to preserve City College at the state level. The Joint Legislative Audit Committee is evaluating ACCJC at the request of those legislators and Sen. Jim Nielsen (R-Gerber).

“We will kick a lot of butt, with class, of course,” Ammiano said.

Earlier in the day, the Save CCSF coalition announced they were suing ACCJC to reverse its decision to close the college, calling for a writ to overturn the closure. Save CCSF is an advocacy group that’s led many of the marches against the loss of accreditation. This makes for a third lawsuit against the commission.

Many students spoke at the forum, all telling tales of the college’s importance in their lives. Dong Lee, a father of three who lives in Chinatown, put a face to the economic importance of City College.

“To support my family I have [sic] to work more hours because my English was poor,” he told the crowd from a microphone at the forum. He now works seven days a week. Now that his oldest child is in third grade, he said, he finally has time to attend school. His English was halting, but fluent.

“I have been studying in City College for three semesters… I feel my English is improving,” he said.

Speier interrupted him, “It is!”

He said other schools were too far for him to take English courses, and without City College he would have to stop altogether. He worries for the future of his family.

“I’d have to stop my education,” he said, “my dream would be shattered.”

Now there is federal action backing up the fight to save City College, Lee’s education, and that of the college’s 85,000 students, have a stronger chance of survival.