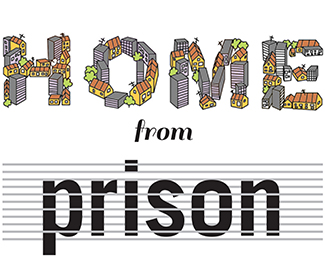 Danielle Evans, director of Women’s Services at the Center on Juvenile and Criminal Justice, likes to tell the story of a woman who managed to turn over a new leaf after spending a year in a residential support program.

The client was found on the streets of San Francisco, pregnant, after an overdose. She was over 40, had never graduated from high school, and had a string of drug offenses on her rap sheet. She had multiple children who had been given up for adoption, and she was homeless.

But after getting emergency treatment at San Francisco General Hospital and entering substance abuse counseling and transitional housing from there, she was able to overcome her drug addiction, regain custody of her daughter from Child Protective Services, and enroll in a vocational program for janitorial work.

The woman was aided through a yearlong stay at Cameo House, a transitional home for homeless pregnant women and new moms run by CJCJ. After living there with her daughter while getting pointers on parenting from the staff, she’s now working toward her GED and has a goal of landing a job — something she’s never had.

“I’m like, look where you came from and where you are today,” Evans reflected. The client’s daughter is now a healthy two-year-old, Evans said, and “she is so motivated to be a good mom.”

It’s not a typical narrative. A recent event hosted by New America Media focused on the personal stories of Bay Area youth who’ve grown up with parents entangled in the criminal justice system. More often, those parent-child relationships are strained or nonexistent, especially in cases where parents are far away from home, serving out prison sentences.

For many, having a parent behind bars has the potential of becoming a vicious cycle, but new realizations about how harmful that childhood experience can be are giving rise to a new way of thinking about how to deal with parents in the criminal justice system.

New approaches include alternatives to incarceration, something that’s gaining momentum in this era of prison overcrowding and realignment, which has shifted some responsibility of housing inmates from the state to California counties.

Children of incarcerated parents are three times as likely as their peers to wind up in the criminal justice system, Jessica Flintoff, director of the Reentry Division at San Francisco’s Adult Probation Department, said at the New America Media forum in downtown San Francisco. Some policies that the county has embraced are designed to factor in long-term youth impacts, at the time when key decisions are being made about their parents’ fates.

The event featured a series of short films and multimedia projects spotlighting the experiences of youth and their formerly incarcerated parents, with a focus on what happened when the parents returned home.

Young producers, working with the nonprofit Silicon Valley DeBug and community newspaper Richmond Pulse, created the projects through hours of interviews in which parents and kids divulged intensely personal details about their experiences. The idea behind the Children of Reentry media project was to open up a conversation that kids with incarcerated parents often shy away from, because of an associated stigma.

The project conveyed intimate narratives about an experience that an estimated 2.7 million children of incarcerated parents are familiar with nationwide: A son who got to know his father in a prison visitation room; a mother who gave birth to her daughter in prison only to be separated until completing her sentence; a father who barely knew his daughter before her 21st birthday because he’d been in prison for the duration of her childhood.

WHAT DO KIDS NEED?

In San Francisco, the mission of the San Francisco Adult Probation Department explicitly includes a goal of “breaking the intergenerational cycle of incarceration,” Flintoff explained at the forum.

The city tries to take a child’s needs into account before the parent is sentenced, she said. Under this system, a deputy probation officer is required to conduct an investigation into the needs of the affected children, and even maps out a genogram of the convicted person’s familial ties, to convey to a judge what kind of situation the child will wind up in once their parent is imprisoned.

The sentencing then takes this background information into account. “The criminal justice system is a series of decisions,” Flintoff said. “We can make different decisions at every turn.”

The impact of parental incarceration on youth has been a hot topic lately. In August, a White House conference was devoted to understanding the problem, which is fueled by an American incarceration rate that’s four times higher than it was in the 1970s.

Research has yielded sobering data. According to the American Bar Foundation, which hosted the White House conference, roughly half of all inmates serving time in U.S. prisons are parents. Communities of color are disproportionately impacted — nationwide, one in four black children has had a parent behind bars at some point. These youth tend to have a tougher time once they reach adulthood, with typically lower rates of academic achievement, decreased chances of graduating from college, and a higher percentage facing unemployment.

“I feel like I saw both of my parents in each video,” Mailee Wang said after the series of short film screenings, tearing up a little. Wang, whose mother and father each spent time in prison, is now program director at Project WHAT! (We’re Here And Talking), an initiative run by local nonprofit Community Works that aims to assist these impacted youth.

“Having a prison mentality is real,” she added. “How do you lock somebody up, and keep them from their kids, and release them, and expect that prison mentality to turn off? It’s chaos when the person returns home. People talk about family reunification, but what does that look like?”

SERVICES INSTEAD OF PRISON

Meanwhile, a new partnership between San Francisco and CJCJ seeks to eliminate the traumatizing effect of parental incarceration by swapping out time behind bars for a different rehabilitative approach. That option involves sending would-be inmates to Cameo House, the transitional home that already helps homeless moms to get on track as providers for their young kids.

Housed in an 11-unit Victorian in the Mission, the center offers group therapy, parenting classes, training for job seekers, and other kinds of support services to help put women in the position of being able to provide for their kids. Cameo House contracts with the Department of U.S. Housing and Urban Development to provide the services, and receives local funding and assistance from private donors.

Under this alternative, pregnant women or mothers with children under six who are facing prison or jail time could be placed in Cameo House instead of being made to spend time behind bars away from their kids.

“It’s an option on the table, where before it was, ‘you’re going to county jail, and there is no other option,'” Evans said. “But we’re saying, ‘hey, let’s try this. Let’s intervene where intervention is needed. Let’s not re-traumatize this family.'”