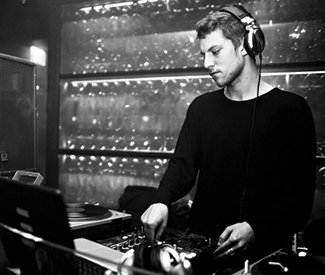 MUSIC Everyone knows the best way to music idolatry is a solid education in the school of rock (or pop, or hip-hop, or goth, Madchester, shoegaze, techno, et. al). And what better way to soak up the sexy, jagged history of music than to work at one of the few brick-and-mortar stores left that sells it exclusively.

Yes, we’re talking about the classic record shop clerk/artist dichotomy. It’s alive and well in San Francisco and the Bay Area beyond. We see it in Andee Connors of Aquarius Records and his bands like A Minor Forest [see full story]. And also bubbling over elsewhere in sound city thanks to still-vibrant music purveyors and lovers of all things sonic:

Perhaps the most well-documented record shop employee is SF’s darling garage rocker Kelley Stoltz, who works at Grooves on Market Street (he has done so for 12 years), and who released his latest full-length, Double Exposure, last month on Third Man Records.

The main man behind Explorist International, Chris Dixon, is currently in a few bands, including duo tujurikkuja, and a synthy electronic drone-psych project called Earth Jerks. He’s also finally remixed some Death Sentence: Panda! (remember them?) recordings from 2011 that will probably be released on cassette.

And Rob Fletcher at 1-2-3-4 Go! is in Beasts of Bourbon-influenced rock band MUSK.

Of course, there are plenty more budding musicians behind those shop counters. Do yourself a favor and talk to your local record store clerk. Get the dirt on his or her own musical project then dig deeper through the vinyl crates for the inspirations. And feel free to add your favorites in the comments.

Finally, lest we forget the archetypal, faintly satirical pop culture reference: there’s High Fidelity‘s band of jaded collectors who are also sort-of musicians and DJs on the side. “We’re no longer called Sonic Death Monkey. We’re on the verge of becoming Kathleen Turner Overdrive, but just for tonight, we are Barry Jive and his Uptown Five.”