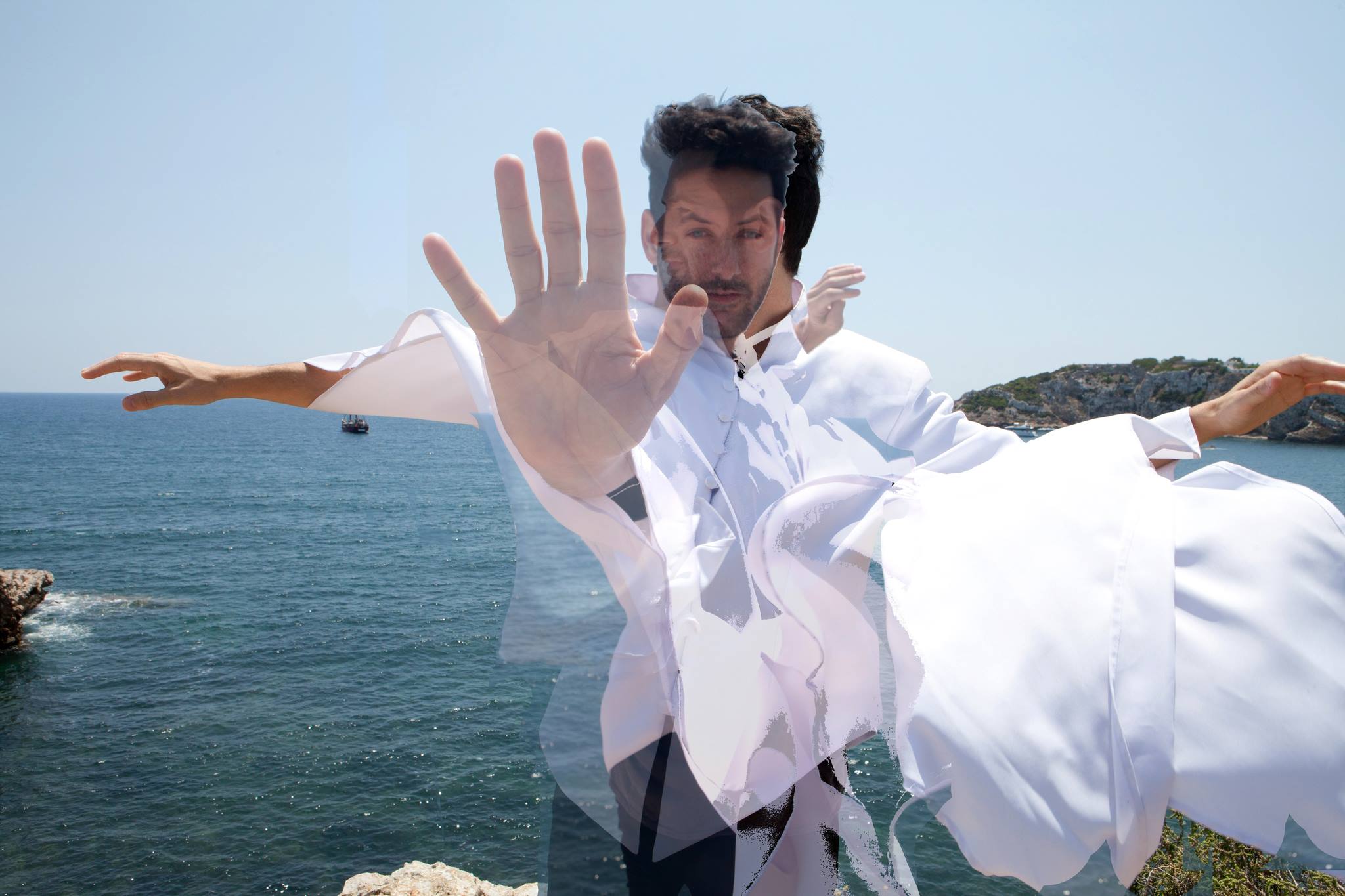 Guy Gerber is blowing his nose. A lot. He’s also trying to talk to me, through a massive hangover, over the phone from NYC. His chopped-up vocal snippets, mashed into long expulsions of compressed air, spiked with a woman’s giggle, rustling sheets, and clanking bottles somewhere in the background of his room, could almost be one of his driving, hypnotic, yet always surprisingly human, techno tracks. Good lord, even this protean dance music creator’s phlegmatic exudations are musical.

Honk. “We played somewhere in Brooklyn for Halloween last night, you know, in these ridiculous outfits. And then there were mischiefs,” he says. Brooklyn is a temporary homebase for the constantly on-the-go Supplement Fact label honcho — he’s opening a warehouse club in Williamsburg called Verboten soon — but the hyperactive Israeli underground star, ever restless in style and spirit, can’t stay in one place for long. He’ll be performing a hybrid live-DJ set this weekend at Public Works (Fri/8, 9:30-3:30, $16 advance, 161 Erie, SF. www.publicsf.com).

Appropriately for someone who came to techno via Joy Division and My Bloody Valentine, Gerber’s sonic imprint is as peripatetic as his ever-touring lifestyle: from moody, psychedelic electronic grooves and introspective Visionquest-style tech-house to the large-screen, crisply atmospheric “emotive” techno slices like “Stoppage Time” and “Timing” that made his name in the late 2000s. This year has been banner: Gerber was one of the major forces in Ibiza pushing back against EDM commercialization with his deep and surreal Wisdom of the Glove parties; his captivatingly intelligent September BBC Radio1 Essential Mix (my favorite mix of the year so far) refines and expands his dreamy post-minimal sound; and new releases with Clarian (“Claire”) and Dixon (“No Distance”) are gorgeous.

And then there’s that fabled collaboration with P. Diddy(!), 11:11, that may finally see the light of day. “I think Puff Daddy’s at the point where he’s finally ready to release something this deep to the world, and I just keep taking us deeper and weirder. But he completely trusts me,” the hyperproductive Gerber, who can toss off enough quality tunes to fill a stream in a blink, says about the long-delayed album. (The 2011 Jamie Jones remix of 11:11 leak “Tourist Trap” is what I wish pop music sounded like.)

On top of that, there’s the burden/privilege of being the only major Israeli DJ on the underground techno circuit. “It gets lonely. Techno’s supposed to be this global thing and I’m all over the world, even back in Tel Aviv a lot, which is great, but it feels like I’m the only one,” he says. “I’m proud to represent Israel, though of course I don’t agree with everything. I feel I want to represent less the country than the region, which shares these values of love and family while always being honest with their emotions. Sometimes too honest,” he laughs.

And what about the future? Has he composed three tracks and planned another tour while we’re talking on the phone? “Marke, right now my only concern is to get past this hangover.” Honk.

Karl O’Connor aka Regis and Juan Mendez aka Silent Servant dive into synthy darkness with this stunning live collaborative project, with roots in the 1990s. In Aeternum Vale and Veronica Vasicka round out this Minimal Wave label showcase at the new Surface Tension party.

There is a thing called Bear Pride Week going on right now; in typical fashion this Honey Soundsystem party both lauds and gooses the concept, with striking Berlin techno-soul DJ/singer Virginia and randy Roman DJ Hugo Sanchez of Alien Alien.

Time once again for this insanely fun Balkan-themed stomp and whirl, where you’ll hear more time-signatures in one night (mostly all at once) than you’ll hear all year. DJ Zeljko leads the mad charge, with the Inspector Gadje brass band and Jill Parker’s bellydancers in tow. Arrive early.

No words to describe my love for the genius Guyanese godfather of dub. The prof’s about to school us, too — his “Roots of Dubstep” tour digs deep, deep into his 30-year DJ and recording career to show what’s what. At the excellent Dub Mission weekly.

Every two months a wonderfully inventive, theatrical troupe of drag queens performs an entire album you’d never think would benefit from drag treatment (OK Computer, Parade) — but it works! Next up: Roxy Music by Roxy Music.