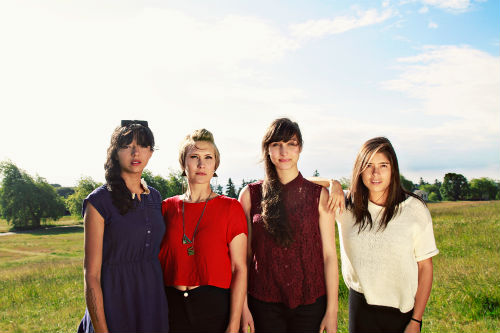 Here are your must-see shows:

Mazzy Star
“Santa Monica’s Mazzy Star has been teasing its fans with promises of a fourth album since 2000 — and even then the album was long overdue. Nearly two decades after its last album, Among My Swan, Mazzy Star has really, truly, finally dropped its long-fabled follow-up, Seasons of Your Day. Mazzy Star was seminally important to ’90s shoegaze, and its dark influence is still audible in bands like the Dum Dum Girls and Beach House. The best part about its new album is that while other bands have taken Mazzy Star’s sound and retrofitted it, the band itself has not changed a bit. Seasons of Your Day seamlessly picks up where the band left off in 1996. Hope Sandoval’s haunting voice is still as achingly gorgeous as ever, and you don’t want to miss your chance to hear it in person tonight.” — Haley Zaremba
With the Entrance Band, Mariee Sioux
Wed/6, 8pm, $35
Warfield
982 Market, SF
www.thewarfieldtheatre.com
http://www.youtube.com/watch?v=ImKY6TZEyrI

Wanda Jackson
“When Wanda Jackson first went on tour in 1955, she shared the bill with a young man who quickly became a major musical influence and (for Jackson, at least) a romantic partner. This guitar-slinging fella, named Elvis Presley, helped her transition from country music to a newer, faster, more raucous genre later described as rockabilly. Jackson pioneered the genre, earning her the title of the Queen of Rockabilly and an induction into the Rock and Roll Hall of Fame as an “Early Influence.” Now well into her 70s, the Queen still reigns supreme. While Jackson can’t hit all of the high notes anymore, she’s still full of enough piss and vinegar to put performers more than half her age to shame.” — Zaremba
With the Swinging Doors
Thu/7, 9pm, $28
Chapel
777 Valencia, SF
(415) 551-5157
www.thechapelsf.com
http://www.youtube.com/watch?v=pzJ3hiqsi0U

La Luz [Ed. note: The band was in a car accident last night and totaled its van. To help, donate through Paypal using the email laluzdonate@gmail.com]
Sometimes the unexpected can rip you apart. And sometimes, those rare unanticipated moments can inspire you anew. All the hurt and bewilderment and dark emotions reconfigure and morph into a project, such as an album. La Luz guitarist-vocalist Shana Cleveland felt this molten wave firsthand and the end result is a striking, blackened surf rock album with four-way doo-wop melodies and churling riffs smacking against the seawall. It’s the full-length debut from the Seattle all-lady quartet: It’s Alive (Hardly Art). The group tours to SF this week, opening for of Montreal. [See this week’s paper for the feature]
With Cool Ghouls (Fri/8), Painted Palms (Sat/9)
Fri/8-Sat/9, 9pm, $21
Great American Music Hall
859 O’Farrell, SF
www.slimspresents.com
http://www.youtube.com/watch?v=5cahFMKorqM

Women’s Audio Mission 10th Anniversary Party
Let’s survey the breadth of bands playing this here anniversary party: There’s surfy teenage quartet the She’s, Mariachi Femenil Orgullo Mexicano (the Bay Area’s only all-female mariachi crew), soulful East Bay post-punk trio Little Sister, and DJ Sep, the founder and main resident of Dub Mission, one of the longest-running dub and reggae parties in the US. What do they have in common? They’re all led by powerful musicians and singers of the female persuasion. And the lineup is fitting, as this diverse sonic spectacular is for Women’s Audio Mission, a music production and recording organization geared toward helping women realize their full potential in the music world. Celebrate the org, the ladies, and the scene tonight at WAM’s big party at El Rio.
Sat/9, 3-8pm, $10 donation
El Rio
3158 Mission, SF
www.elrio.com
http://www.youtube.com/watch?v=QjjsL1gdpIc

A Minor Forest
“With noisy and jam-packed intricate time signatures and musical arrangements, A Minor Forest (AMF) stuck out in the Bay Area music scene years ago, taking on a post-rock sound in a community with a simplistic punk tradition. And on Sat/9, the band is reuniting to play its first show in 15 years — at Bottom of the Hill with Barn Owl, fellow labelmate of Chicago’s much-loved Thrill Jockey Records.” [See this week’s paper for the feature] — Erin Dage
With Barn Owl
Sat/9, 9:30pm, $15
Bottom of the Hill
1233 17th St, SF
(415) 626-4455
www.bottomofthehill.com
http://www.youtube.com/watch?v=ab8u3dwkmPc