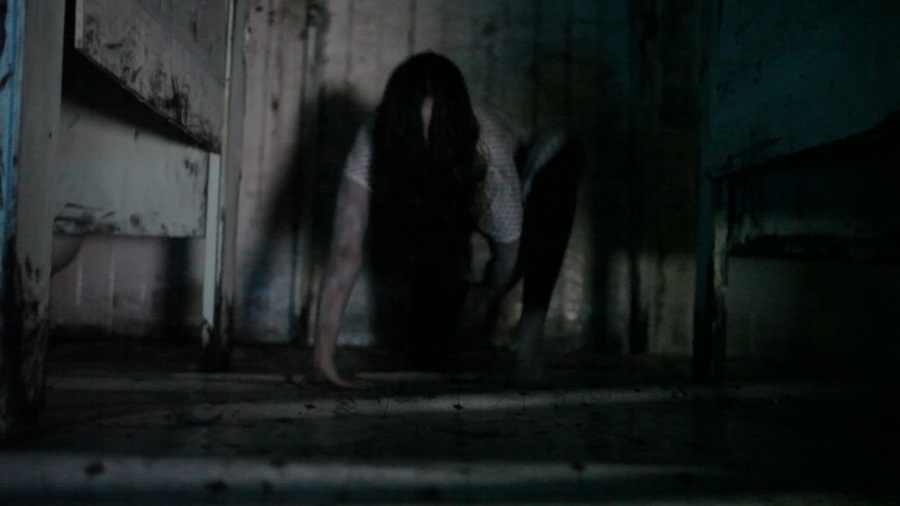 If you consume the news at all you’ll find a lot to be afraid of that seems endemic to the modern age: swine flu, restless leg syndrome, Ellis Act evictions, terrorist sleeper cells, compromised data privacy, zombie attacks. But despite its almost constant presence in our lives, this kind of fear merely creates a continuous low-grade malaise, an emotional state which appears to benefit only the evolution of pharmaceutical companies and the self-help book publishing trade.

So it’s no wonder that in our search for “real” sensation, we often turn towards a more primal state of fear. The sort of fear that compels us to skydive out of airplanes, ride roller coasters, and surf giant waves, activities designed to trigger that survivalist fight or flight instinct that we then harness for our own adrenaline-generating, sensation-seeking purposes. The kind of fear that compels us to visit that most seasonal of attractions: the haunted house.

Conveniently located just steps away from the Bayfair BART, in an innocuously suburban shopping center, the R-rated Fear Overload contains two separate labyrinths for its patrons to struggle through: “Ward 9” (a supposed asylum for the criminally insane), and the macabre Abusement Park. Both are equally blood-drenched and disorienting, and are welcome throwbacks to the glory days of haunted houses where the highest-tech prop on display was a guillotine, and the real scares came from the all-too human element lurking in the shadows ready to pounce. Let’s just say ironic detachment won’t get you very far in Fear Overload, and thank goodness for that.

At the door to Ward 9, my companion T and I are handed an almost completely useless flashlight and bid a hearty farewell, the door slamming behind us like a butcher’s cleaver. To navigate the dark and claustrophobically narrow corridors with a pencil-thin beam of intermittent light proves both unnerving and hilarious, and as each twist of the path leads to room after room of blood-splattered furniture, swinging doors and rattling cupboards, rotting corpses with dramatically gory headwounds and severed limbs, dungeon walls lined with bodies in straitjackets, oh, and living monsters who delight in leaping out of random corners our anticipation grows into a kind of delightful dread.

I’ve chosen the right partner for this foray into fear. T’s suspension of disbelief is willing and open, her cool quotient, like mine, hovers close to zero, and she is more than happy to let me hold the flashlight, which I figure could at least serve as a makeshift bludgeon should it come to that. In the FAQ comes the promise that the actors won’t touch you, at least not intentionally, but there’s no promise that won’t get in your face, and we wind up getting pretty close and personal with a lot of great makeup jobs and mask designs. Their timing, I have to say, is mostly impeccable. We scream every time.

From a theatrical standpoint, both haunted “houses” are a scenic designer’s wet dream, full of intricately-conceptualized nooks and crannies filled with scenes of extreme splatter gore. In Ward 9 we find the disturbingly shambolic nursery and the “morgue” inhabited by a double-jointed creature that slithers as much as crawls into our path to be especially evocative, and in the Abusement Park, our theatre-geek hearts are filled with admiration for the atmospheric boiler room and the horrifyingly stark and bloody women’s room, which also proves the hardest room to find our way out of (tip: ask a monster for help).

Sure, there’s not a lot of character development per se, or at least not enough to compel us to stick around and hunt for backstory, but as the protagonists of our own survival story, we make it through to the final xit relatively intact, which is really the only storyline that matters when confronting fear as a means of accessing fun.