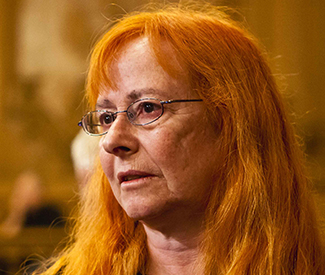 An eviction epidemic is forcing many San Franciscans from their homes: artists in Mid-Market and the Mission, the Lee family on Jackson Street, and scores of families in the city.

The newest victims of the tech boom’s ever rising rents are San Francisco nonprofit organizations — many of whom take care of San Franciscans in need, and who now find themselves in need.

A report released by the Budget and Legislative Analyst office on Oct. 9 showed commercial rents for nonprofits increased as much as 33 percent in the last two years, with annual rent increases as high as $20,000 for small offices and $200,000 for large spaces. When it comes time for nonprofits to renew their leases, many find they are at prices they can’t afford.

Those nonprofits may need to close, or find the services they render to the city drastically cut.

At the Board of Supervisors Budget and Finance Committee hearing where the report was released, more than 50 nonprofit representatives came up to the podium pleading for help.

“We’re committed to staying in SF, but I’m forced to present a lease to my board of directors on a hope and a prayer,” said Nancy Nielsen, the deputy director of Lutheran Social Services of Northern California. And she’s not alone.

There are 6,005 nonprofits in San Francisco, which is 4.1 percent of all nonprofits in California, according to the report. Of those, 1,425 contract with the city, acting as pseudo-city agencies providing health care, help for the homeless, housing aid, legal help, education, and many other services San Franciscans depend on.

The city pays $528.8 million annually for these services. Essentially, raising rents on nonprofits is a hit on San Francisco’s investments, potentially costing city taxpayers more to maintain the same level of service.

“I want to say it’s an alarming report, a bleeding of our nonprofit sector,” said Sup. Eric Mar, one of the three supervisors on the committee. “We’re in danger of losing the heart of our city with artists, and the conscience of our city with housing and legal nonprofits.”

Many of the nonprofits that came up to speak detailed the thousands of people they serve. Nielsen’s Lutheran Social Services helped 5,000 San Franciscans stay housed, she said. Jessica Robinson Love of Counter Pulse helped more than 4,000 artists find a space to work and showcase their pieces.

When some tried to relocate, they couldn’t find spaces at an affordable rate because the vacancies in San Francisco have shrunk to alarming degrees, according to the report. Sara Shortt, director of the Housing Rights Committee, said she communicates with many nonprofits, and the places they could afford were subpar at best.

“The types of buildings they found were so decrepit they couldn’t afford to fix them,” Shortt said.

Many nonprofits had similar stories. Carla Laurel of the West Bay Pilipino Multi Service Center said that the rents her group found around San Francisco were more than its entire operating budget.

There are few places left for nonprofits to go. The bulk of the city’s 75 million square feet of commercial space is located between Market and SoMA, the report says.

Most of those nonprofits can’t do their work outside the city, said Debbi Lerman, administrator of the Human Services Network.

“Keep in mind they work in partnership with their neighborhoods,” she said. “You can’t take an organization meant to serve San Francisco and move it to Oakland.”

Lerman went to Sup. Jane Kim with her concerns, prompting the supervisor to call for the hearing. Kim noted that this is the second time the city has dealt with nonprofits being priced out, and the last time was in the first tech boom. Many of those facing soaring rents are in Mid-Market and SoMA, where Twitter and Mayor Ed Lee’s other tech darlings are moving in.

The tech bubble burst before the city could implements its solutions to nonprofits being priced out back in the ’90s. Now those strategies are being revived.

The city could request new zoning laws that require spaces for nonprofits at below-market rates, incentives for commercial facility landlords to give them rent breaks, providing city loans or grants to rehabilitate new facilities, letting nonprofits use underutilized city property, or requiring commercial developers to pay into a rental fund for nonprofits, similar to the low income housing fund.

Kim’s aides told the Guardian she’d convene a workgroup of city administrators from a multitude of departments and nonprofit representatives and try to refine and implement these solutions in the next six months.

The last time rents rose this high and fast, “we only got a better lease because of the tech crash,” Love said at the hearing. “Let’s not depend on that again.”