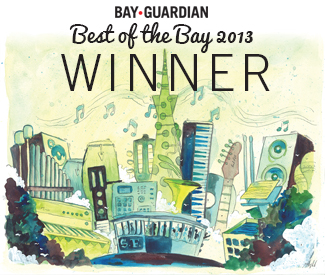 Back in 1992, inmate counselor Catherine Sneed started pioneering programs for former offenders that eventually led to the implementation of the San Francisco Jail’s Garden Project. This in-jail option gives inmates the time and space to plant and tend their own organically grown food gardens at the Jail’s San Bruno complex as a healthy add-in to their rehabilitation. The program has recently been expanded under Sheriff Ross Mirkarimi, who pushed for and won a new food service contract to ensure more of this yummy nutrition ends up on the plates of inmates who have traditionally had to endure less than wholesome fare. Soon, if the program catches on, jails might have more shared garden space than San Francisco itself.