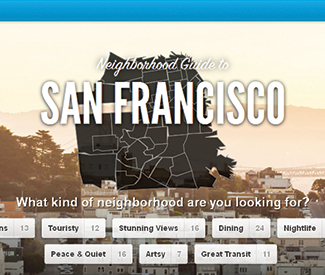 Under pressure in San Francisco and New York City for violating local tenant and land use laws and refusing to pay local taxes, Airbnb has finally acknowledged that transient occupancy taxes apply to the room rentals it facilitates. But the company still hasn’t taken any steps to collect the tax or admitted that it shares this tax debt with its hosts.

“Our hosts are not hotels, but we believe that it makes sense for our community to pay occupancy tax, with limited exemptions for those who earn under certain thresholds,” CEO Brian Chesky wrote on the Airbnb blog on Oct. 3, addressing the post to New York City and not San Francisco, where it is headquartered and where we have shown the company is shirking an annual tax debt of nearly $2 million.

Contacted by the Guardian, a company spokesperson extended the pledge to San Francisco, writing, “Yesterday, our CEO Brian Chesky announced that we believe it makes sense for our community of hosts to pay occupancy tax to the cities in which they live, with exceptions under certain thresholds, and we are eager to discuss how this might be made possible. We have been in substantive discussions with Board President David Chiu on these issues for some time, and we’d like to thank him for the open dialogue that helped lead to today’s announcement. We look forward to continuing our work with him and others in San Francisco to set forth clear, fair laws that allow regular people to rent out their own homes, while giving back to the city that makes it possible.”

As the Guardian has repeatedly reported, most recently in our Aug. 6 cover story “Into Thin Air,” the San Francisco Treasurer/Tax Collectors Office has ruled that the city’s TOT of about 15 percent applies to Airbnb guests, and that Airbnb shares that joint tax liability with its hosts.

The ability of individual hosts to receive business licenses for renting out rooms and to collect and remit the TOT is complicated by the fact that such rentals violate land use, tenant, and other city laws — and Chiu has been developing legislation that would legalize and regulate the stays.

Airbnb could easily collect the TOT on each San Francisco transaction, as some of its online competitors have already been doing, but it has so far refused to do so. And when the Guardian asked Airbnb whether it now plans to include the tax in its transactions, the company ignored the question.

In fact, Airbnb’s public statements and private communications indicate its intention to pass the buck to its hosts rather that paying the tax liability itself, and several hosts who commented on Chesky’s blog post expressed hopes they would get more support from the company.

Nonetheless, Chiu took the Airbnb’s statement yesterday as a positive sign, telling us, “I am pleased to hear that Airbnb has acknowledged the need for their users to pay the occupancy tax. This policy was developed as a result of discussions that I’ve led in the past year to regulate and tax shareable housing activity in San Francisco. While we continue to negotiate with shareable housing companies, housing advocates, and the Mayor’s Office to find sensible solutions, I am confident that we will be able to move forward on a regulatory framework that provides flexibility to residents, protects our affordable housing stock, and collects the fair share of taxes for the City. I look forward to introducing legislation in the coming months.”