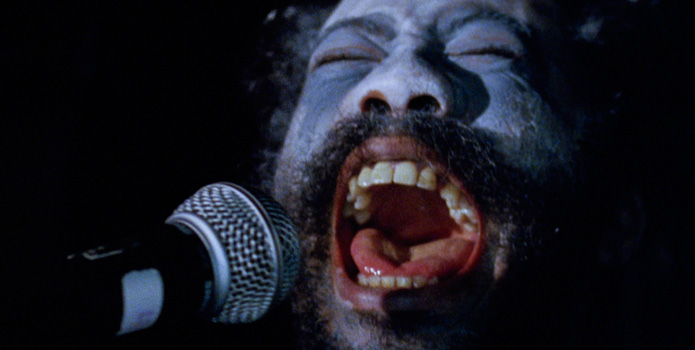 A Spell to Ward Off the Darkness (Estonia/France) is the first collaboration between experimental filmmakers Ben Rivers and Ben Russell — and man oh man, was it music to my eyes. Structured into three segments (comparisons to Kelly Reichardt’s 2006 Old Joy are inevitable), this experimental documentary is uniquely personal, to the point of leaving many audience members at a loss for words, for better or worse.

Showcasing Robert A.A. Lowe (also known as experimental musician Lichens) adds a curious ingredient to the mix, making this film a must-see for modern music aficionados. A big-screen viewing is essential, for the soundtrack and sound design alone.

It seems that the controversy behind the making of Cannes sensation Blue is the Warmest Color (France) has, thus far, overshadowed the film itself. There is a level of audacity coming from cinephiles these days that upsets me to no end. Case in point: while standing in line for Abdellatif Kechiche’s three hour-plus epic, two middle-aged women spoke in detail not only about the film’s improvised sex scenes, but specific controversial moments that they already knew were going to “make the film feel contrived.” (Apparently, overhearing spoilers from people who haven’t actually seen the film they’re spoiling is the new making-up-your-mind-about-a-film-before-you’ve-even-seen-it.)

Blue is the Warmest Color will viscerally remind audiences of their own relationships — specifically if there’s been one they went “all in” on. The film’s two leads, Léa Seydoux and Adèle Exarchopoulos, who were awarded the Palme d’Or along with director Kechiche (a first for Cannes) for their daring and relentless performances. Like Derek Cianfrance’s Blue Valentine (2010), the feelings achieved during the film are much more important than any discussion about what happens in the film. These rare treats are about more than explicit sex — and watching them may help you with bigger questions like “where life has taken you” vs. “where you want to be.”

Speaking of spoilers: just because Steve McQueen’s 12 Years a Slave (UK) has been anointed an early Oscar favorite doesn’t mean you need to bust out your reactionary backlash grumblings just yet. In fact, I recommend you go see it as soon as possible to avoid learning too much about it in advance (it’s out locally Nov. 1 — same day as Blue is the Warmest Color, as it turns out).

Comparisons to other recent, similarly themed Oscar winners will understandably be made, but this is Steve McQueen and Chiwetel Ejiofor’s film. I was so engrossed in it that I didn’t even realize until later that the film’s composer — Hans Zimmer — was one of my favorites of all time. Go see it, wipe away the tears, start talking about it. And then go see it again.