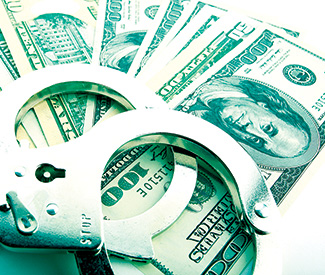 On a February evening in 2011, Derrick Walls ran into a friend at a bus stop near Third Street and Palou Avenue in the Bayview. Walls was headed to view a used car he thought he might be interested in buying. The men chatted briefly and, as the 44 bus rolled into sight, Walls shook his friend’s hand to say goodbye.

Seconds after they parted ways, a police cruiser passing on the other side of the street pulled a U-turn, screeched to a halt, and discharged police officers who quickly apprehended both men.

“I guess they thought they saw something,” recalled 43-year-old Walls. “I was just talking to my friend. I was going to leave because the bus was coming and I shook his hand to say ‘see you later’ and I guess the cops saw that and thought it was a transaction.”

The officers searched both men at the site. Their discovery of cash on Walls and drugs on the other man seemed to confirm that they had just witnessed a drug deal. The $1,680 Walls had saved up for a new car was alleged to be the sale’s proceeds and confiscated on the spot as evidence.

Later on at the station, a strip search of Walls yielded no evidence of drug possession or intent to sell. His friend copped to the drug charge but confessed that he’d purchased his stash elsewhere — not from Walls.

Three days later, Walls was released from custody and all charges against him were dropped. Two and a half years later, however, the city still has his money.

“I never went to court or anything,” recalled Walls. “You would think they would just give my money back right then. But they told me to go to [the civil courthouse on] McAllister Street to some other people.”

How assets seized in a criminal investigation migrate from the jailhouse to the civil courthouse — and how those wrongfully accused of crimes can get their money back — is not always clear.

“The state has such incredible power to wield and people have very little recourse,” says attorney Nick Gregoratos with Prisoner Legal Services, a division of the San Francisco Sheriff’s Department that helps the accused assert their rights.

San Francisco Police Department spokesperson Gordon Shyy would say only that the police follow the Department of Justice’s Asset Forfeiture Policy Manual and that they “don’t seize assets on the street, they take things as evidence.”

But that “evidence” often stays in the bank accounts of police or prosecutors, subsidizing their operations. DOJ guidelines say that when assets from a criminal investigation cease to have evidentiary value, they can be returned through an administrative or civil process.

“Approximately half the time, people contest the amount or contest it in its entirety,” said Assistant District Attorney Alex Bastian, who estimates that the San Francisco District Attorney’s Office handles 200 to 250 asset forfeiture cases per year.

“There are certain situations where if a charge is dropped, there is still, in fact, a forfeiture proceeding that goes forward,” Bastian explained. “There’s a criminal proceeding beyond a reasonable doubt and the civil [case] is a preponderance of evidence and the burden of proof is on the party contesting the forfeiture.”

Contesting an asset seizure can be difficult if the claimant is incarcerated or poor. Regulations seem designed to induce fatigue and resignation in those without a lawyer and the costs associated with retaining a lawyer often exceed the amount of money seized in the first place. In some cases, claimants have a right to court-appointed counsel, but they aren’t made aware of that fact.

Gregoratos represented Walls and has, over the years, worked with many others like him who have been deprived of their property without due process.

Gregoratos described another client who had cash seized by police as she was on her way to purchase a money order in SoMa to pay her rent. She was arrested on suspicion of drug sales, but there wasn’t enough evidence to support any charges against her.

The woman was instructed to file a claim within a month to get her money back. But she filed at the criminal rather than the civil court and administrators there waited until just before 30 days were up to notify the woman of her error.

The following morning, her $1,500 was considered officially forfeited because she had statutorily defaulted on her right to file claim.

“There would have been no way that they could have taken her money other than that she couldn’t figure out how to navigate the system and didn’t know her rights,” said Gregoratos, who later filed a motion opposing the default. “Essentially, she’s being precluded from having any judicial review.”

Many forfeiture cases unfold similarly, with the government capturing assets through a series of bureaucratic mechanisms stacked against individuals. Claimants are faced unexpectedly with the burden of proof that assets were lawfully obtained, even when law enforcement wasn’t able to meet that burden against them.

Often “the case is handled completely by the [prosecutorial] agency. There’s no judge, no hearing, no evidence, no appeal. So many people still lose by default,” commented Brenda Grantland, a Marin attorney who has fought government seizures for more than 30 years.

Civil asset forfeiture has a long and controversial history in the United States. In the Revolutionary War era, the British were known to impound the property of colonists who had fallen out of favor with the crown, without proof of guilt.

In the War on Drugs, forfeiture gained popularity as a way to strangle the financial channels underlying trafficking operations while providing a funding source for the law enforcement agencies that waged that war.

“The law is so complicated and the agencies are motivated to win these cases because it brings in money to their bank accounts. And they’re hooked on the money now. And the more money they get, the more corrupt they get,” said Grantland, who is president of the Forfeiture Endangers American Rights (FEAR) Foundation.

In 2010, the most recent year for which the California Department of Justice reported asset forfeiture statistics, San Francisco seized $391,643 in 115 separate actions completed in the city. Between 2002 and 2010, it seized nearly $6.5 million.

In most states, asset forfeitures follow federal regulations. In California, the Health and Safety Code dictates that 65 percent of assets forfeited are distributed to the local law enforcement agency responsible for the seizure, while 10 percent go to the prosecuting agency that processed the action and 1 percent go to train those who profit from forfeitures in the ethical application of related laws.

But Grantland says that training has done little to deter a “grab first, ask questions later,” approach. Critics have argued that the practice presents challenges to both the Fourth and 14th Amendments.

Police “don’t have to find any evidence of crime,” Grantland told us. “They have dogs that pretend to be clairvoyant. It’s all a hoax. I don’t care how much they’ve tested and trained those dogs, they can’t possibly know that’s drug money.”

Contrary to its original purpose, civil forfeitures at the local level tend to disproportionately target small-time offenders. Of the seizures completed in San Francisco in 2010, nearly half yielded under $1,000 and one as little as $242. More than three-quarters of forfeitures involved less than $2,000.

“They’re getting money from the weakest, poorest class of people,” Grantland said. “When you seize $500 or $600 every few minutes, it adds up pretty quickly.”

Though the San Francisco Police Department was the beneficiary of $254,568 in 2010 alone, SFPD’s Shyy denied that revenue from forfeitures — which funds equipment purchases, education, and training — influences its policies or tactics.

“If someone has a large amount of cash, we can’t just take it from them. That’s considered robbery,” Shyy said. But that’s pretty much what happened to Walls. “If I did that to somebody on street like that, I’d be in jail,” he said. “But they can just do it to me.”

In the last two years, Walls has complied with all the court’s discovery requests to prove the cash taken from him was lawfully obtained. He has provided paystubs from a longshoreman’s job he has held for eight years at the Port of Oakland.

Gregoratos said that the court “has people over a barrel” and will likely hold Walls’ cash for a full three years. The District Attorney has the option of re-filing a notice of forfeiture until the statute of limitations on the original criminal action is up.

“How are you going to re-file on something that was thrown out? That’s just an excuse to keep my money for a whole ‘nother year,” Walls argued. “I did everything I was supposed to do and they still haven’t given back my money.”