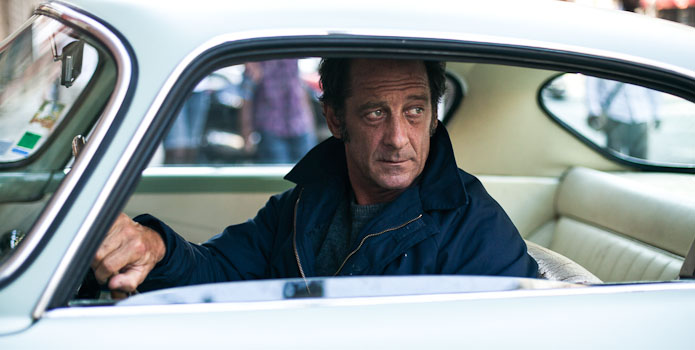 A Touch of Sin (China/Japan) is the latest thoughtful triumph for Jia Zhangke, the king of China’s sixth-generation filmmaking. This time around, his suffering, disaffected characters are entangled in an even more violent environment than in previous outings Unknown Pleasures (2002), The World (2004), and Still Life (2006).

The film’s cyclical themes only become apparent as the viewer falls deeper and deeper into each character’s predicaments. This is a filmmaker at the top of his game. Thankfully, Japanese auteur Takeshi Kitano continues to produce his modern masterpieces.

With ‘Til Madness Do Us Part (Hong Kong/France/Japan), Wang Bing has produced yet another psychological tour de force that manages to slowly creep under your skin and attack your central nervous system. It’s a direct-cinema doc that places the viewer on one floor of an overcrowded asylum.

The film is oddly constructed, with purposeful editing that inspired some audience walkouts. The monotony of the patients’ lives becomes so recognizable that it might make you lose track of your own mind and body. While Madness is quite a bit shorter than Wang’s 2003 magnum opus West of the Tracks (which clocks in at nine hours), Madness’ nearly four-hour running time only amplifies the intentionally uncomfortable viewing experience. See this on a big screen at all costs.

Claire Denis is back with yet another stunning work of art. Bastards (France) finds Denis yet again exploring the conflict of isolation versus intimacy, enhanced by Agnès Godard’s scintillating cinematography and brooding tracks by Stuart A. Staples’ Tindersticks.

What makes Denis’ films so exciting is her steadfast storytelling. As with Beau Travail (1999) and The Intruder (2004), my interpretations of Bastards‘ events were redesigned at every turn, forcing me to become an even more active participant then when the film began. Vincent Lindon (of Emmanuel Carrère’s haunting 2005 La moustache) gives a memorably desperate performance as he dashes from one self-destructive disaster to the next, similar to Isabelle Huppert in White Material (2009). Underground filmmakers of the early 1960s may have called it “Baudelairean cinema,” but this just happens to be the way Claire Denis sees the world. And thank the film gods for that.