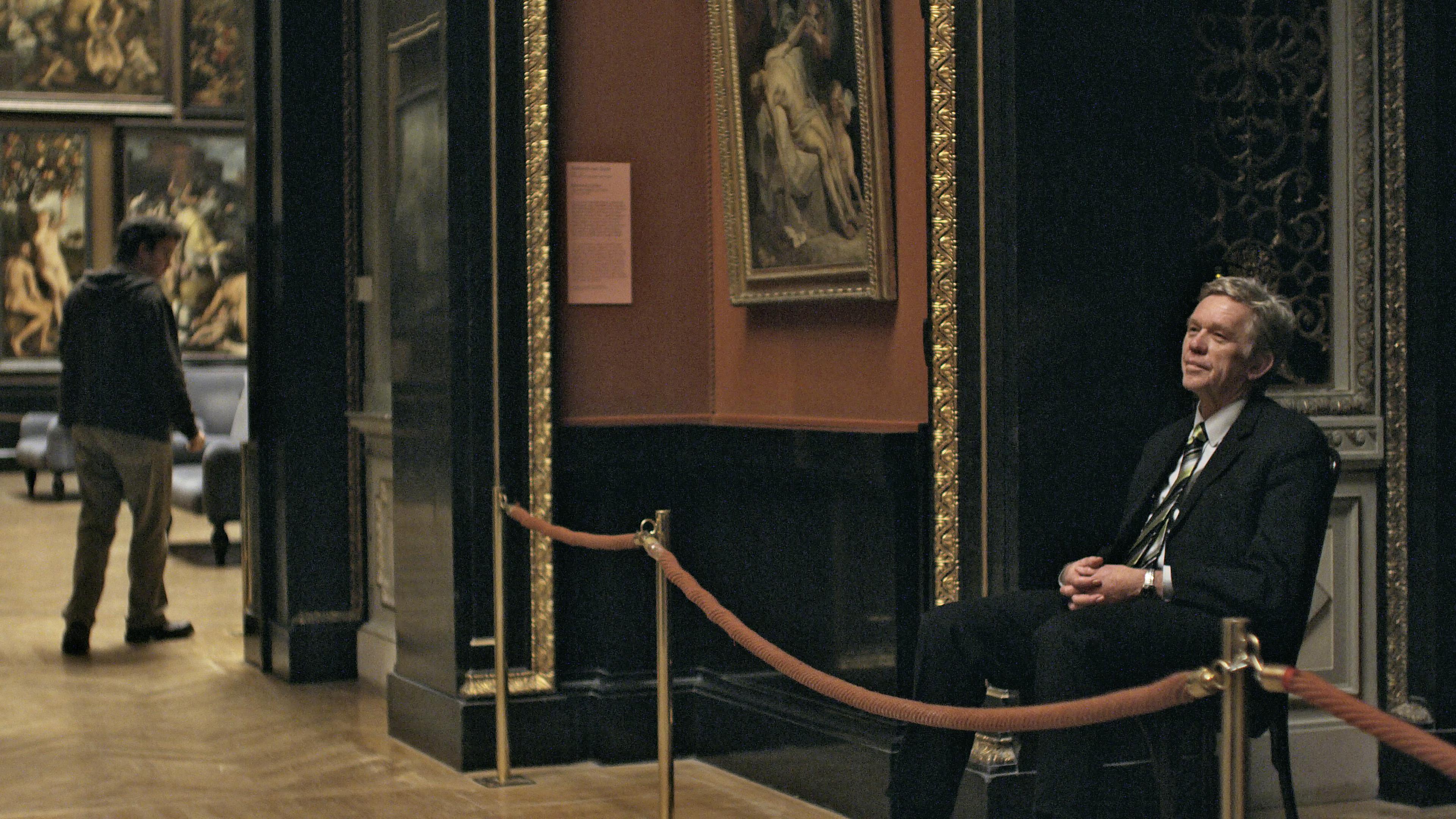 One theme this week is “father figures” — some terrible (see Dennis Harvey’s review of Blue Caprice here, and review of You Will Be My Son below), some frantic (Prisoners), some ass-kicking (Ip Man: The Final Fight).

C.O.G. The first feature adapted from David Sedaris’ writing, Kyle Patrick Alvarez’s film captures his acerbic autobiographical comedy while eventually revealing the misfit pain hidden behind that wit. Tightly wound David (Jonathan Groff), on the run from problematic family relations and his sexual identity, takes the bus from East Coast grad school to rural Oregon — his uninhibited fellow passengers providing the first of many mortifications here en route. Having decided that seasonal work as an apple picker will somehow be liberating, he’s viewed with suspicion by mostly Mexican co-workers and his crabby boss (Dean Stockwell). More fateful kinda-sorta friendships are forged with a sexy forklift operator (Corey Stoll) and a born-again war vet (Denis O’Hare). Under the latter’s volatile tutelage, David briefly becomes a C.O.G. — meaning “child of God.” Balancing the caustic, absurd, and bittersweet, gradually making us care about an amusingly dislikable, prickly protagonist, this is a refreshingly offbeat narrative that pulls off a lot of tricky, ambivalent mood shifts. (1:37) (Dennis Harvey)

Herb and Dorothy 50X50 Building upon her 2008 doc Herb and Dorothy, Megumi Sasaki revisits elderly Manhattan couple Herb and Dorothy Vogel, art-world legends for amassing a jaw-dropping collection of contemporary art despite holding modest jobs and living an otherwise low-key lifestyle. (Out of necessity, they favored smaller works on paper — and whatever they bought had to fit into their one-bedroom apartment.) Remarkably, in 1992, they donated the majority of their highly valuable collection to the National Gallery of Art, but it was so vast that most of it was put into storage rather than displayed. Sasaki’s camera picks back up with the couple (Herb now in a wheelchair, with Dorothy doing most of the talking) as they work with the National Gallery to select 50 museums nationwide, each of which will receive 50 pieces of the collection. Though the film chats with some of the Vogels’ favorite artists (Richard Tuttle, notably, was initially angered by the idea of the collection being broken up), its most compelling segments are those that focus on Vogel exhibitions in relatively far-flung places, Hawaii and North Dakota included. Of particular interest: scenes in which museums without modern-art traditions help skeptical patrons engage with the art — a towering challenge since much of it appears to be of the deceptively simple, “I-could-have-done-that” variety. (1:25) (Cheryl Eddy)

Ip Man: The Final Fight Yep, it’s yet another take on kung-fu icon Ip Man, whose real-life legacy as Wing Chun’s greatest ambassador (tl;dr, he taught Bruce Lee) has translated into pop-culture stardom, most recently with Donnie Yen’s Ip Man series and Wong Kar-wai’s still-in-theaters The Grandmaster. Final Fight is directed by the prolific Herman Yau, and though it lacks the slickness of Ip Man or the high-art trappings of The Grandmaster, it does have one heavy weapon: Hong Kong superstar Anthony Wong. A less-charismatic actor might get lost in Yau’s hectic take on Ip’s later years; it’s chockablock with plot threads (union strikes, police corruption, health woes, romantic drama, brawls with rival martial-arts schools, scar-faced gangsters …) that battle for supremacy. But that’s not a problem for Wong, who calmly rises above the chaos, infusing even corny one-liners (“You can’t buy kung fu like a bowl of rice!”) with gravitas. (1:42) (Cheryl Eddy)

Mademoiselle C Fabien Constant’s portrait of French fashion editor-professional muse-stylish person Carine Roitfeld may be unabashedly fawning, but it does offer the rest of us slobs a peek into the glamorous life. The film begins as Roitfeld leaves her job at Vogue Paris; there’s passing mention of her subsequent feud with Condé Nast as she readies her own luxury magazine start-up, CR Fashion Book, but the only conflicts the film lingers on are 1) when a model cancels last-minute and 2) when Roitfeld goes double over budget on her first issue. (Looking at the lavish photo shoots in action, with big-name photogs and supermodels aplenty, it’s not hard to see why.) Mostly, though this is a fun ride-along with Roitfeld in action: hanging with “Karl” (Lagerfeld) and “Tom” (Ford); swooning over her first grandchild; sneaking a little cell phone footage inside the Met Ball; allowing celebs like Sarah Jessica Parker and designer Joseph Altuzarra to suck up to her, etc. There’s also a funny moment when her art-dealer son, Vladimir, recalls that he was never allowed to wear sweatpants as a kid — and her daughter, fashion-person Julia, remembers her mother’s horror when she dared to wear Doc Martens. (1:30) (Cheryl Eddy)

My Lucky Star Aspiring cartoonist Sophie (Ziyi Zhang) puts her romantic fantasies into her artwork — the bright spot in an otherwise dull life working in a Beijing call center and being hassled about her perma-single status by her mother and catty friends. As luck would have it, Sophie wins a trip to Singapore right when dreamy secret agent David (Leehom Wang) is dispatched there to recover the stolen “Lucky Star Diamond;” it doesn’t take long before our klutzy goofball stumbles into exactly the kind of adventure she’s been dreaming about. Romancing the Stone (1984) this ain’t, but Zhang, so often cast in brooding parts, is adorable, and occasional animated sequences add further enhancement to the silly James Bond/Charlie’s Angels-lite action. (1:53) (Cheryl Eddy)

Prisoners Canadian director Denis Villeneuve (2010’s Incendies) guides a big-name cast through this thriller about a father (Hugh Jackman) frantically searching for his missing daughter with the help of a cop (Jake Gyllenhaal). (2:33)

Salinger Documentary about the reclusive author of Catcher in the Rye. (2:00)

Thanks for Sharing Mark Ruffalo, Gwyneth Paltrow, and Tim Robbins star in this comedy about sex addicts from the co-writer of 2010’s The Kids Are All Right.  (1:52)

Wadjda The first-ever feature directed by a female Saudi Arabian follows a young Saudi girl who dreams of buying a bicycle. (1:37)

You Will Be My Son Set at a Bordeaux vineyard that’s been in the same family for generations, Gilles Legrand’s drama hides delightfully trashy drama beneath its highbrow exterior. Patriarch Paul de Marseul (Niels Arestrup of 2009’s A Prophet) treats his only son, Martin (Lorànt Deutsch) with utter contempt — think the relationship between Tywin and Tyrion Lannister on Game of Thrones, only with even more petty digs and insults. Still hopeful that he’ll inherit the estate someday, despite Papa Jackass’ loud proclamations about his “lack of palate,” Martin sees his future prospects crumble when dapper Philippe (Nicolas Bridet) blows into town, having left his California gig as “Coppola’s head winemaker” to care for his dying father, Paul’s longtime second-in-command François (Patrick Chesnais). Things go from terrible to utterly shitty when Paul decides Philippe is the answer to his prayers (see: title). Melodrama is the only recourse here, and the film’s over-the-top last act delivers some gasp-inducing (or guffaw-inducing, your choice) twists. Heading up a classy cast, Arestrup manages to make what could’ve been a one-note character into a villain with seemingly endless layers, each more vile than the last. (1:41) (Cheryl Eddy)