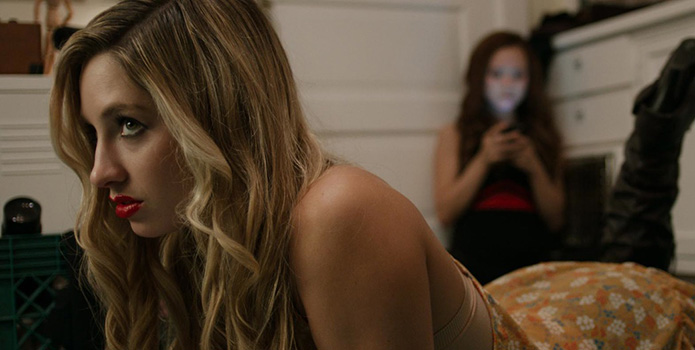 All Cheerleaders Die (USA) is the follow up to Lucky McKee’s attention-grabbing The Woman (2011), which stunned Sundance audiences with both its subversive take on gender issues and its violent brutality.

Taking a much lighter tone with co-director Chris Sivertson, Cheerleaders (an expanded remake of his 2001 short by the same name) nicely echoes the ironic horror-comedy vibe of Joss Whedon’s Cabin in the Woods (2012) while still managing to deliver a genre entry for text-crazed teenyboppers. Goths, jocks, some faux feminism, and a bevy of ass and crotch shots should make fans of Harmony Korine’s Spring Breakers quite satisfied.

In the 1990s, Tsai Ming-liang’s films were often mentioned alongside works by Hirokazu Kore-eda and Hou Hsiao-hsien. But two decades later, only Tsai has stayed the determined course of creating pure, contemplative cinema. Presenting his tenth feature (and showcasing yet again his alter ego, actor Lee Kang-sheng), Stray Dogs (Taiwan) is a breathtaking meditation on a homeless Taiwanese family, who are quietly doing what they can to get by.

With this film, Tsai has almost abandoned story completely, instead favoring long, drawn-out, surreal, one-shot sequences — next-level abstractness that will either send you running for the hills or leave you unblinkingly glued to the screen. Someone should program Stray Dogs with his 2012 short Sleepwalk, which followed a monk as he slowly walked through city streets. (Whether that would equal absolute transcendence or absolute boredom depends on the viewer, of course.)

While Hong Sang-soo’s Our Sunhi (South Korea) is not as monumentally enjoyable as last year’s In Another Country (2012), his new film does represent another solid entry for the director. I admire Hong’s ability to stay consistent with his philosophy on life: give a small group of people a lot of alcohol and let them share their innermost uncouth and irresponsible feelings. Of course, you could argue that he is just making the same film over and over. But if you take the time to notice the structural differences — as well as wonderful choices with his actors (Jung Yu-mi is quite enjoyable in this) — you’ll realize why critics love to favorably compare Hong to Woody Allen.

Watching director Catherine Breillat take the stage at TIFF to present her latest, Abuse of Weakness (France), was as powerful and moving as watching the film itself. After her 2004 stroke (and subsequent personal issues), Breillat decided to make an autobiographical narrative, casting the great Isabelle Huppert to interpret Breillat’s own confused choices.

Abuse of Weakness is perhaps one of the most interesting films about the life of an artist I have ever seen. As the Q&A was concluding, Breillat dropped a bottle of water that was given to her and explained “Even after all these years, you forget that you can’t feel anything in your arm.” And suddenly it was if you were right back in the film again.