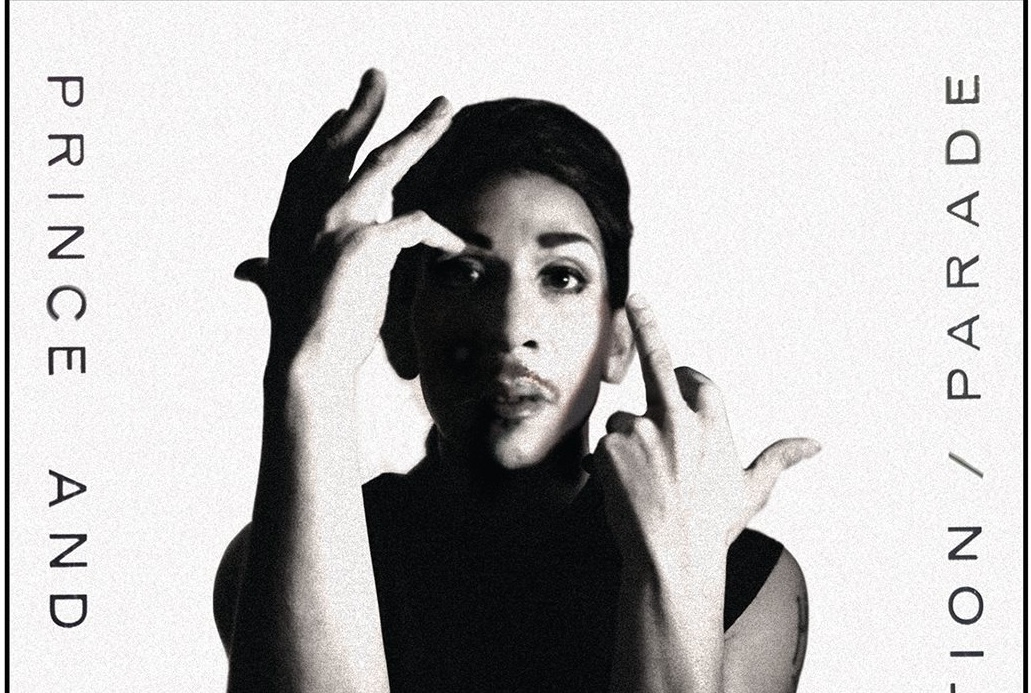 Things I know right now: I’m far from the only one who knows all the words to Yaz’s Upstairs at Eric’s, OK Computer is much better as a conceptual drag performance, and the 12-inch version of “Mountains” by Prince is one of the best extended jams ever committed to vinyl.

The third thing I know from being a record nerd (it’s also impossible to prove to you, since the Purple One spends all his time on Youtube yanking down his music). But the first two revelations came courtesy of the stunning San Francisco Album Project, a talented group of drag performers, stage technicians, theatrical personages, and tasteful club kids. Every two months they take on an entire album, presenting it as a stage extravaganza, embellished with special effects and original dialogue. It’s brilliantly nuts, and not the albums you’d expect at all from a bunch of colorful queens.

After conquering Yaz and Radiohead (standing room only, btw), the SFAP is about to scale the purple peak and slide under the cherry moon: The troupe will present Prince’s “Parade” — the soundtrack to his 1986 movie Under the Cherry Moon, including the original version of my beloved “Mountains” —  in its entirety on Sun/22 at the Chapel.

I asked Nathan Rapport and Bobby Barber, “album curators” of SFAP, to give me the lowdown on the project, and what to expect this Sunday:

SFBG SFAP seems like the kind of “eureka” idea that should have happened already, especially in SF — but no one really rubbed two drag sticks together to form a drag flame. How did the project come about?

Bobby Barber The San Francisco Album Project came about after about a year’s worth of on-and-off discussion between Nathan and myself about the state of the San Francisco drag scene. He and I both love what Trannyshack’s still achieving at the DNA Lounge – there are some sublime and thoroughly entertaining performances being created there to this day – but the venue and the interests of its audience don’t lend themselves very well to concepts and ideas that Heklina & Co. used to stage back when Trannyshack was at The Stud.

Some of our favorite shows ever at Trannyshack were evenings dedicated to an entire album (Fleetwood Mac’s Rumors, David Bowie’s Ziggy Stardust and the Spiders From Mars, Pink Floyd’s The Wall), and it always seemed an idea that had endless possibilities. It’s from that very concept created and shepherded by Heklina, Peaches Christ, and Vinsantos that Nathan and I are now attempting our variations on.
Since I work for Peaches Christ Productions, I knew I had the resources available to at least a fund a few initial shows, provided I could find an appropriate venue. As soon as we saw The Chapel, Nathan and I knew it had to be there; it’s perfect. We brought Precious Moments (Michael Soldier) on board because we knew we had to have not just a seasoned Old Guard Trannyshack performer as one of the producers, but also because Precious thought up one of the old album-centered shows at Trannyshack back when it was at The Stud (Rumors). Precious has been indispensable not just as one of the performers in the troupe, but also as a director of the shows.

SFBG You really “go there” with these performances — special effects, drag-robot suicides, emotional resonance, all manner of stage trickery. What are you trying to achieve?

BB First and foremost Nathan and myself want to honor what we think is incredible music. We want to give it an interpretation that it’s not often given.

Secondly, Precious, Nathan and I are attempting to create a “drag show” that is structured differently than most other shows around town. One could argue that the content of the San Francisco Album Project is the same as other shows, and it is in several ways. But we believe that by framing the show as a narrative, by not having an emcee, by not having dancing before or after the show, and by having our DJs spin music that creates the vibe of a ‘listening party’ rather than a club, we’re creating a frame that makes the experience of the performances feel more theatrically holistic than a traditional drag show.

Lastly, The San Francisco Album Project is an experiment on our part in the collaborative process. Nathan and I are very interested in the idea of artistic collaboration: whether it’s possible – why it works – why it doesn’t – what it means to different people. The performers themselves come to the table with their own idea for the song they’ve chosen. It’s up to Precious, Nathan and myself to weave these together and find a story within the group’s ideas. Also, how does a medium like drag performance operate or manifest under the pressure and/or freedom of collaboration…?

An album in and of itself is already a finished and finely tuned work of art, carefully molded by the original artist(s) who created it. What happens when a group of drag queens come in and deconstructs said album, this finished work of art, only for the purpose of re-presenting it as they see fit? Ultimately this is an act of spiritual reverence.

SFAP Unlike the Tranyshack albums you mention above, which were already not your usual drag fare, the albums you’re doing are even more unexpected. How are the albums chosen?

BB Nathan and I chose the first twelve albums ourselves over two months of back-and-forth arguing. By no means are the albums chosen our favorite albums of all time, but rather ones we find strike that perfect balance between intelligence, entertainment, popularity and drag potential. They are all iconic, but for different reasons. Some are albums that carry meaning across a large part of entire generation. Some are considered canonical, seminal, “the best the artist has done,” and those facts alone have led Nathan and I to choose certain titles.

Parade was decided for a few reasons. After doing Yaz’s Upstairs at Eric’s, and Radiohead’s OK Computer, Nathan and I knew we had to do an album that we think is an artist’s best, not the most well-known. Besides, Purple Rain is already done to perfection by Peaches Christ every other year,  and the songs on 1999 are too long for drag queens. Also, the real-life story behind the creation of Parade lends itself well to what The San Francisco Album Project is trying to achieve, or rather, is experimenting with. Prince’s collaboration with Wendy and Lisa reached its fever pitch with this album. Overworking, conflicting egos, frustrating machismo, and the tour which resulted from it brought about the end of their work together, thereby ending what I believe is one of the great partnerships in modern rock and roll, and forever destroying the glorious potential of what music Prince, and Wendy and Lisa might have continued creating together.

SFBG Can you share any exciting specifics about Sunday’s performance?

BB Well the show is built around the theme/story I just referenced: the relationship between Prince, Wendy and Lisa. It’s to be used as a frame around our fantasies in regards to the collaborative process. A myth has been created about their break-up, not just between Prince fans and the music press of the time, but now also on our stage. We’ve expanded notions of the obvious troubles that arose not just due to Prince’s fame and resulting ego, but also difficulties that could come about when men and women collaborate together, as well as straights and queers.

The narrative of the show is interspersed with ‘impressions’ on these themes, as some performers have come up with numbers that deviate from the direct story told on stage, instead having come up with their own musings in regards to these ‘troubles’ I mentioned above.

I can promise that the numbers run, at least, the same gamut of emotions that the album Parade does itself. I think we have a great sense of humor about it all, and I believe it’ll come across in Sunday’s show.

SFBG Can you tell us what album’s next?

BB Well not all the way down the line, but I can tell you that the next show is based around Roxy Music’s first self-titled album from 1972. It’s scheduled for Sunday, November 10th at The Chapel.