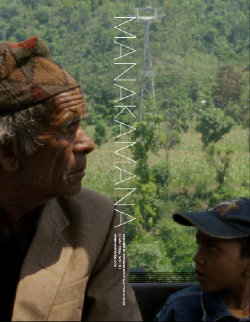 After 33 feature films at the 2013 Toronto International Film Festival, I can safely say that I am ecstatic about where cinema is heading this decade.

While many of the following films might not receive major releases, I have compiled a spoiler-free overview of films — presented here as a series of blog posts — to keep your eyes and ears out for in the coming months (and perhaps years) at your local theaters and online resources.

Stephanie Pray and Pacho Velez’s Manakamana (USA/Nepal) is produced by the team who delivered last year’s Leviathan and 2009’s Sweetgrass. So right away, you should know that you are watching a documentary that utilizes “direct cinema” (aka shot fly-on-the-wall style) to its fullest extent. This exquisite exercise, which follows 11 cable car rides (each an unedited 11 minutes long) through the mountains to a small village in Nepal, is easily one of the most breathtaking films of the year.

Manakamana‘s structure allows audience members to either watch the intricacies of each rider, or to let their attention wander to the passing environment beyond. Like Sharon Lockhart’s Pine Flat (2006), the combination of both the personal and the external perspectives left me emotionally stunned. See this on a big screen at all costs.

Yet again, François Ozon has created a haunting thriller that should not be dismissed easily. Young and Beautiful (France) follows a 17-year-old girl in what sounds like an Eric Rohmer-esque portrait: four seasons, four songs. But while the rampant sexual excursions may get overlooked due to another French film this year (more on that in a later post), this tense tingler is much more diabolical than I was prepared for. It’s darkly reminiscent of Brian De Palma and David Lynch — so, in other words, don’t make any assumptions until the last frame is finished. Newcomer Marine Vacth delivers a fearless performance, but veteran Charlotte Rampling may have stolen the show with a role that calls to mind Under the Sand (2000) and Swimming Pool (2003).

Hirokazu Kore-eda deservedly won the Jury Prize at this year’s Cannes Film Festival for his heartbreaking Like Father, Like Son (Japan). Its exploration of how two sets of parents teach and motivate their offspring brought me to tears in Toronto. Director Kore-eda continues his streak of masterful, intimate, occasionally brutal studies of families: see also Nobody Knows (2004) and Still Walking (2008). Avoid any plot overviews — Like Father‘s dramatic shifts are best experienced without any prior knowledge of them. J-Pop star Masaharu Fukuyama leads an outstanding cast.