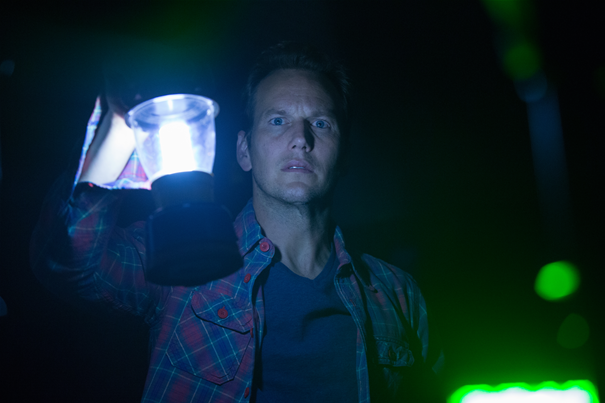 Naturally, there’s at least one horror movie, Insidious: Chapter 2,  opening in honor of Friday the 13th — two if you count Our Nixon — as well as a new series paying tribute to the singular Pier Paolo Pasolini (check out Dennis Harvey’s round-up here). Read on for more new reviews and one special holiday recommendation.

And While We Were Here This second collaboration between writer-director Kat Coiro and actor Kate Bosworth is a far cry from 2011’s oops-a-baby comedy Life Happens — owing, perhaps, to that film’s co-scripter and co-star, Krysten Ritter. There’s no snarky, raunchy Ritter-ness in And While We Were Here, a drama about a brittle woman named Jane (Bosworth) whose marriage to a workaholic viola player (Iddo Goldberg) is more polite than passionate; their relationship has baggage that he’d prefer not to work through, despite the expanding tension between them. On a trip to Naples, Jane meets a free-spirited 19-year-old (Jamie Blackley) who sparks her interest; before long, it’s groove-reclaiming time. Alas, sun-dappled scenery can’t offset a familiar story — with themes heavily underlined by a subplot that has Jane listening to tapes of her grandmother (richly voiced by Claire Bloom) reminiscing about love and loss during wartime. Jane’s too self-centered to be particularly likable (to her husband, mid-argument: “You’re not curious about me!”), but Here deserves some backhanded props for gender-bending a tired plot device. Ready or not, the manic pixie dream boy has arrived. (1:23) (Cheryl Eddy)

The Family It’s hard to begrudge an acting monolith like Robert De Niro from cashing out in his golden years and essentially going gently into that good night amid a volley of mildish yuks. And when his mobster-in-witness-protection Giovanni Manzoni takes a film-club stage in his Normandy hideout to hold forth on the veracity of Goodfellas (1990), you yearn to be right there in the fictional audience, watching De Niro’s Brooklyn gangster take on his cinematic past. That’s the most memorable moment of this comedy about an organized criminal on the lam with his violent, conniving family unit. Director-cowriter Luc Besson aims to lightly demonstrate that you can extract a family from the mob but you can’t expunge the mob from the family. There’s a $20 million bounty on Giovanni’s head, and it’s up to his keeper Stansfield (Tommy Lee Jones) to keep him and his kin quiet and undercover. But the latter has his hands full with Gio penning his memoirs, wife Maggie (Michelle Pfeiffer) blowing up the local supermarket, daughter Belle (Dianna Agron, wrapped in bows like a soft-focus fantasy nymphet) given to punishing schoolyard transgressors with severe beatings, and son Warren (John D’Leo) working all the angles in class. Besson plays the Manzoni family’s violence for chuckles, while painting the mob family’s mayhem with more ominous colors, making for a tonal clash that’s as jarring as some of his edits. The pleasure here comes with watching the actors at play: much like his character, De Niro is on the run from his career-making albeit punishing past, though if he keeps finding refuge in subpar fare, one wonders if his “meh” fellas will eventually outweigh the Goodfellas. (1:51) (Kimberly Chun)

Insidious: Chapter 2 Hot off this summer’s The Conjuring, horror director James Wan turns in a sequel to his 2011 hit, also about a family with big-time paranormal problems. (1:30)

Our Nixon Cobbled together from previously unseen footage shot by some of Richard Nixon’s closest aides — the destined-for-infamy trio of H.R. Haldeman, John Ehrlichman, and Dwight Chapin — Penny Lane’s doc, which also uses Oval Office recordings and additional archival material (not to mention the best-ever use of Tracey Ullman’s 1983 pop confection “They Don’t Know”), offers a new perspective on Tricky Dick and White House life during his tumultuous reign. But while Our Nixon brings fresh perspective to notable moments like Nixon’s visit to China and Tricia Nixon’s lavish wedding, and peeks behind the public façade to reveal the “real” Nixon (hardly a spoiler: he’s shown to be biogoted and behind the times), the POTUS is just one of many figures in this inventive collage. The home movies themselves are the real stars here, filled with unguarded moments and shot for no reason other than personal documentation; as a result, and even taking Lane’s editing choices into account, Our Nixon feels thrillingly authentic. (1:25) Roxie. (Cheryl Eddy)

Populaire Perhaps if it weren’t set in the 1950s, this would be the fluorescent-lit story of a soul-sucking data entry job and the office drone who supplements it with a moonlighting gig. But it is the ’50s — a cheery, upbeat version of the era — and director Régis Roinsard’s Populaire reflects its shiny glamour onto the transformation of small-town girl Rose Pamphyle (Déborah François) from an incompetent but feisty secretary with mad hunting-and-pecking skills into a celebrated and adored speed-typing champion. Her daffy boss, Louis Échard (Romain Duris), is a handsome young insurance salesman who bullies her (very charmingly) into competing against a vast secretarial pool in a series of hectic, nail-biting tourneys, which treat typing as a sporting event for perhaps the first time in cinematic history. (See also: scenes of Rose cranking up her physical endurance with daily jogs and cross-training at the piano.) The glamour slips a touch when Populaire starts to delve into psychological motivations to rationalize some of Louis’s more caddish maneuvers. But meanwhile, back in the arena, bets are made, words-per-minute stats are quoted by screaming, tearful fans in the bleachers, hearts are won and bruised, a jazz band performs that classic tune “Les Secrétaires Cha Cha Cha,” and we find ourselves rooting passionately for Rose to best the reigning champ’s 512(!)-wpm record. (1:51) (Lynn Rapoport)

And in honor of Friday the 13th, here’s Crispin Glover rocking out in 1984’s Friday the 13th: The Final Chapter, aka “the one with Corey Feldman,” the fourth (and despite the title, by no means final) entry in the series. RELAX, JIMBO!