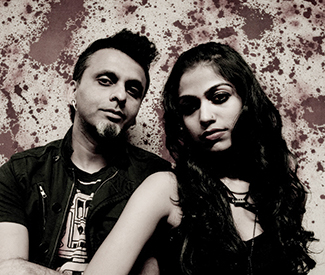 SUPER EGO Yoga! Soon it will rule us all. One day in the not-far-off future, some fiendish grand yogi — probably of the bikram variety, because that shit’s hard — will activate a switch and, just like the Silver Shamrock masks in Halloween III, yoga mats throughout the world will possess their users, causing them to become malevolent zombies: slim, fit, chai-sippin’, gluten-free zombies, arising to force the rest of us into tortuous poses like Brown Lotus, Reverse Pavanamuktasana, and the Downward Dougie.

Yep, robot yoga zombies will dominate. Until then, though, let’s dance wildly in the beautiful wilderness, and do some killer yoga too, at this year’s Symbiosis Gathering festival, Sept. 19-23 in Oakdale (www.symbiosisgathering.com). Now in its eighth year, Symbiosis has come to represent a pagan synergy of spiritual confluence and rave-y bliss — including a rigorous, optional yoga program featuring dozens of yoga teachers.

“Symbiosis is an art project. We have no corporate sponsors, incredible workshops, art, yoga, dance, organic food, ceremony, healers, and masseuses. We are a full spectrum experience,” producer Kevin KoChen told me via email.

“Our workshop lineups are like a sustainability conference in a festival. And there’s so much more,” KoChen continued. “Saul Williams will be performing a spoken word session, we have improv troupes from Chicago’s legendary Second City company, and our stage designs are epic-themed art projects rather than just a skeleton of truss. The Vau de Vire Society will be flying high, premiering the Edwardian Ball Roadshow: people will be costumed and hilarious, like another dimension where Jules Verne teams up with cowboys and aliens.

“Our lineups are like a fine wine; better with age. We love the edge of what’s next,” KoChen says.

Symbiosis boldly and baldly reaches for that connection between the musical and the mystical: “Music is transcendent and the universal language. Our team has travelled overseas for Eclipse Festivals, the Boom Festival, Rainbow Serpent, Universo Parallelo — and dancing to music with people who don’t speak your language can be a beautiful experience,” KoChen says.

“Music is a bridge that can be crossed by a smile, and connection and community is something in this world that is missing. While we have more Facebook friends but less relationships, we may have more timesavers but we may have less peak experiences with the people we love. Symbiosis is our attempt to facilitate a peak experience.”

One of the acts I’m most stoked about at the Symbiosis fest is GODS ROBOTS, a duo who mixes classical Indian with contemporary bass music to gorgeous effect. (It’s also appearing in the city on Thu/19, 10pm, $10, 1192 Folsom, SF. www.beatchurchsf.com).

Composed of ethereally beautiful carnatic vocalist ShriiK and SF’s own Janaka Selekta of the much-missed Worldly parties, the “intergalactic San Francisco-Mumbai” act has been honing its sound from Lower Haight to Sri Lanka with a 1970s-style dub soundsystem set-up, and is pretty huge right now on the subcontinent, with a Sony India deal and big following. Indian classical musicians Alam Khan on the sarod and Suhail Yusuf Khan on sarangi are also part of the band (www.facebook.com/godsrobots).

“Our goal is to bring different worlds and cultural ideas together to create music and performance that is so cohesive that you do not see the seams,” Selekta told me. Sounds like a perfectly symbiotic proposition to me.